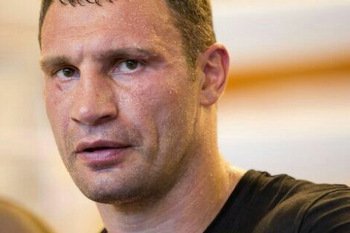 by James Slater – The two reigning heavyweight kings the Klitschkos, Wladimir and Vitali, are so good and so all-conquering, it’s got to the point where both men are having to search incredibly hard for their next acceptable challenger.

In fact, if you ask some fans, some harsher critics, neither sibling has actually managed to find an acceptable challenger for his next outing. Wladimir, the Ring Magazine, WBA, IBF, WBO and IBO ruler will face unbeaten but largely untested Pole Mariusz Wach, while WBC king Vitali will face the even less tested but also unbeaten Manuel Charr of Beirut.

Let’s take a look and decide which of the two massive outsiders has the best shot, the best prayer, the best hope of being blessed with a miracle in the coming months.

27-year-old Charr, 21-0(11) gets his chance first, on September 8th in Moscow. Smaller than Vitali, possessing only a fraction of “Dr. Iron Fist’s” punching power and experience, Charr, known as “Diamond Boy,” looks to have only one chance in my opinion: that Vitali, all 41-years of him, either suddenly grows old in the ring or suffers an injury (okay, that’s two chances Charr has!)

Vitali is coming to the end by his own admission, his eye very much on his political career, and he has suffered injuries – most notably to his shoulder – before. Charr, who saw his best win come against a shot Danny Williams (a premature-looking 7th-round TKO), could well freeze on the night, or he could well come out swinging, giving it his all. At the end of the day, unless he gets extremely lucky, it won’t matter. Injuries or growing old and tired overnight aside, Vitali wins this hands down.

32-year-old Wach will also enter the ring, with Wladimir on Nov. 10th in Hamburg, as a whopping underdog. But the 27-0(15) Pole has two things going for him Charr doesn’t have: he’s actually bigger than the defending champion he will be challenging, and he has raw punching power.

Wladimir has spoken about the fact that the November fight will be the first he’s had where the other guy is both taller than him and in possession of a longer reach, and this at least adds a little intrigue to the upcoming bout. Wach, who holds so-so wins over Kevin McBride (a brutal finish) and Tye Fields, has nowhere near the experience against quality men that “Dr. Steel Hammer” enjoys, but it just might be that he manages to connect with Wladimir’s jaw at some point.

And unlike Charr, Wach is not going in with a rock-chinned fighter. If I think Charr might go for it in his fight, something tells me Wach definitely will. Again, it may not matter, but Wach, known as “The Viking,” has to be given at least a puncher’s chance. Wach also has to be given more of a chance of victory than Charr.