Julio Cesar Martinez (18-1, 14 KOs) surprisingly came in overweight at 116.4 lbs on Friday for his fight against Roman ‘Chocolatito’ Gonzalez (50-3, 41 KOs) which will stream LIVE on DAZN this Saturday night at the Pechanga Arena in San Diego, California. Martinez will receive a fine for coming in over the 115-lb weigh-in limit. 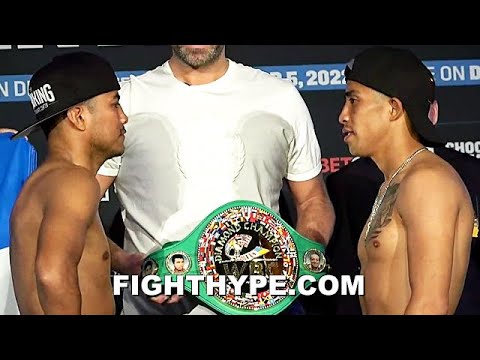 Many boxing fans were shocked that Martinez, a fighter that competes at 112, would miss weight for going up a division against Chocolatito. Did Martinez slack off during camp or is this a product of him bulking up?

Martinez is replacing Juan Francisco Estrada as the opponent for Chocolatito after he had to pull out because of him not feeling well after recovering from COVID 19.

“Mexican fight fans understand the sport, and that’s why we’ve sold so many tickets on Saturday,” Eddie Hearn said to Fighthype. “That’s why the atmosphere is going to be incredible.

“People understand the sport and respect it. Also, the Nicaraguan fighters,” said Hearn. “Although there’s going to be a huge Mexican support on Saturday, at the same time the Mexican fans also support and respect Chocolatito Gonzalez.

“I never like to say to people, ‘Do this, do that, say this.’ Be yourself, be real. Could you imagine if I told Chocolatito, ‘Go up to Julio Cesar Martinez and put your head on him?’ He’s going to go, ‘Thank you.’

“You got to respect the legend of Chocolatito. If you haven’t got a personality and if you’re not going to talk trash and all this kind of stuff, then you’ve got to be really good because fans love trash-talking, fans love all that kind of stuff.

“At the same time, you’ve got to make sure you’re good enough for them to love you anyway. Canelo Alvarez has never really talked trash. Yeah, the Plant fight there was a little scuffle, but before that, you never really saw that. He’s elaborating more now, but he’s pound-for-pound #1.

“Floyd Mayweather, although he was going around with his money and stuff and was flash, he was quite boring as a fighter to watch, but everybody has different ways to attract people.

“With Chocolatito, his way of attracting people is he’s a pound-for-pound legend of the sport. He doesn’t need to talk trash. I like the fact that he’s so respectful, that he’s a role modal and he’s an ambassador.

“If it goes past six rounds, I believe Chocolatito becomes the favorite in the fight but he could get knocked out along the way. Martinez will not stop trying to knock Chocolatito out on Saturday.

“He will go for it but Chocolatito is so well-schooled, so experienced and I feel he’s very, very confident going into this fight because he thinks he’s too good for Julio Cesar Martinez,” said Hearn. 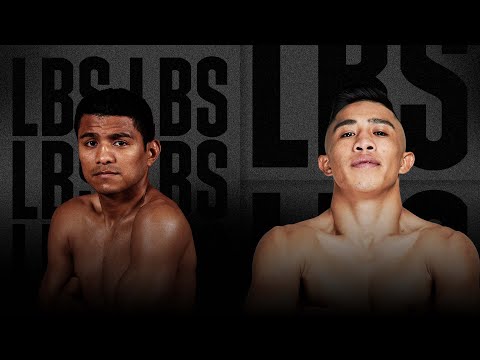