Mauricio Suliaman, the president of the WBC, revealed the news of the Beterbiev vs. Browne fight being ordered on Thursday. The two fighters have until September 17th to hammer out a deal before a purse bid on the date.

This is a tough fight for Beterbiev, who will need to perform a lot better than he did in his previous title defense against Adam Deines for him to defeat Browne.

The sluggish manner in which Beterbiev fought against Deines probably won’t be near good enough to defeat a well-schooled fighter like Marcus Browne.

We’ll see how the negotiations go between the Top Rank promoted Beterbiev and the PBC-managed Browne. You can argue this will be the two-time Russian Olympian Beterbiev’s toughest fight to date since turning pro in 2013.

Up until now, Beterbiev’s toughest fights in the pro ranks were against Oleksandr Gvozdyk and Callum Johnson, and those guys weren’t great.

In Beterbiev’s biggest career win, he stopped WBC light heavyweight champion Gvozdyk in the 10th round in a fight he was trailing on two of the judges’ scorecards in October 2019.

Beterbiev was getting outboxed by Gvozdyk until he turned things around and scored a knockout in the 10th. Browne is just as good of a boxer as Gvozyk, if not better, and he’s got respectable power.

Unfortunately, it won’t be surprising if Beterbiev-Browne does wind up going the purse bid route, which could be bad for boxing fans if it gets put on PPV, as we see with the Teofimo Lopez vs. George Kambosos Jr fight.

It’s a bit surprising to see how quickly Browne has moved to the #1 spot with the WBC after his eight round technical decision defeat against Jean Pascal in August 2019.

Browne has only fought once since, beating journeyman Denis Grachev by a 10 round unanimous decision four months ago on April 20th, 2021, in Los Angeles.

It was a decent win, but hardly the type that I would think were good enough to vault the 30-year-old Browne to the #1 position with the WBC. 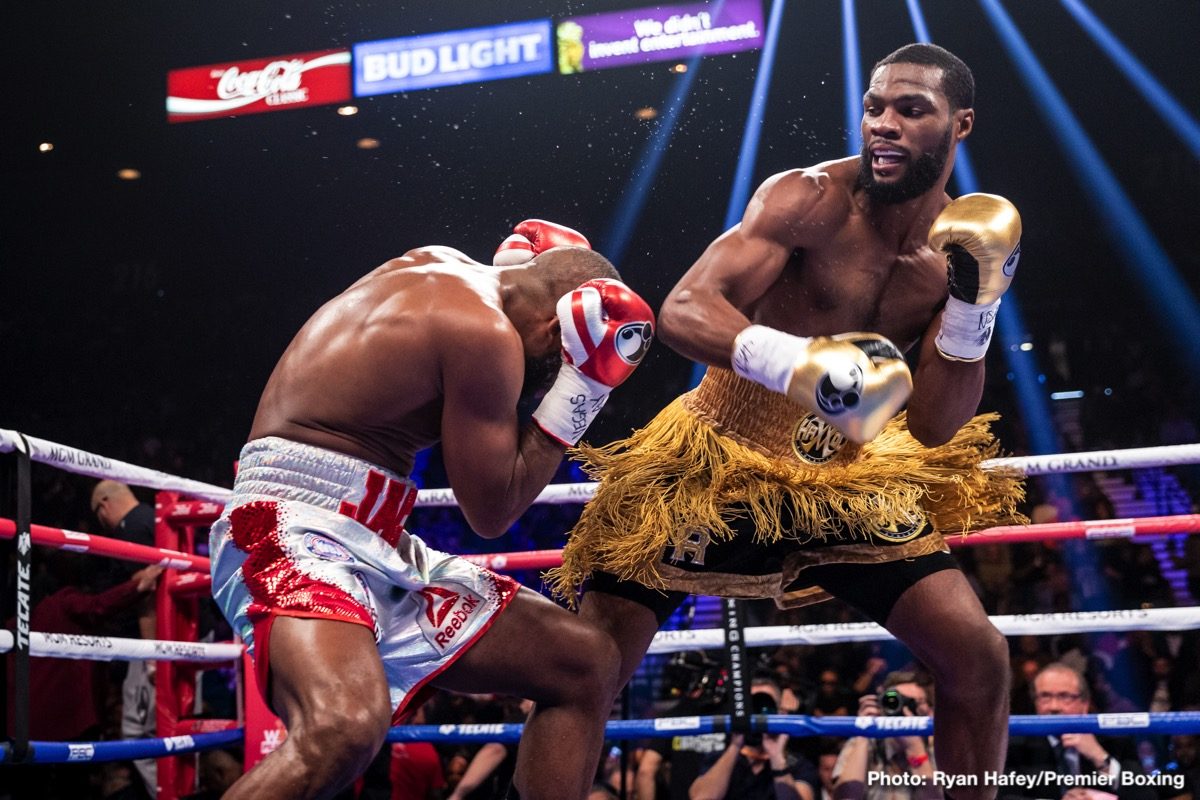 This will be a tough ask for the New York native Browne, as he didn’t look good getting dropped repeatedly by Pascal in their fight in 2019. But Browne did impress with his victories over these excellent contenders:

The 2012 U.S Olympian Marcus Browne has a lot of experience in his nine-year professional career, and you can argue that he’s faced better opposition than Beterbiev.

Browne has fought more frequently, but he hasn’t had the opportunity to fight for a world title the way Beterbiev has until now.

“This is the moment I’ve been working for my entire career; this is the most important fight of my life,” Browne said ESPN. “I’m coming with all the tools in the toolbox, not leaving without those straps.”

“Most of the other guys go in the ring scared to fight [Beterbiev],” Browne continued. “They’ve lost before the bell rings. That’s not how we’re coming.”