Assuming Golovkin (42-2-1, 37 KOs) doesn’t immediately vacate his WBA title to avoid what expects to be a difficult fight against Lara (29-3-3, 17 KOs), the free negotiation period begins today and ends on October 23rd. At that point, a purse bid will take place.

Golovkin never showed interest in fighting Lara earlier in his career, so it’s unrealistic to think he’ll want any part of facing him now at 40, coming off a loss to Canelo Alvarez.

Lara is 39, but he’s a young 39, and fighting at a higher level than Golovkin. Unlike Golovkin, Lara hasn’t lost hand speed, and he’s still able to pull the trigger with his punches.

It’s going to look bad if Golovkin vacates to avoid Lara, but he’s arguably wanted no part of fighting difficult opposition in the last five years apart from his two fights with Canelo Alvarez.

The negotiation period will be 30 days and began on September 23 when the communication was sent to the parties, while it will last until October 23.

“As great as Gennadiy Golovkin was and when he was at his best, he was very menacing in the ring. He was a predator in the ring,” said Chris Mannix to DAZN’s JABS. “He’s getting older; he’s 40-years-old.

“Fighters at that age of 40 aren’t what they were at 37 or 35 or whatever he was when he was still knocking out guys.

“Gennadiy Golovkin if you want to continue your career, more power to you, but don’t go into any more of those dangerous fights. You’ve had too good of a career for it to end in that way,” said Mannix.

“He allowed Golovkin to have a slow enough pace to where later he could make a little run and grab some rounds,” said Teddy Atlas on The Fight, talking about Canelo Alvarez’s win over Golovkin. 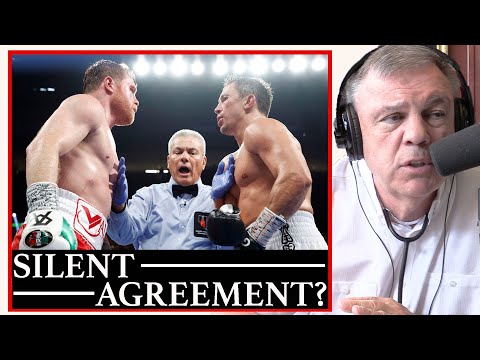