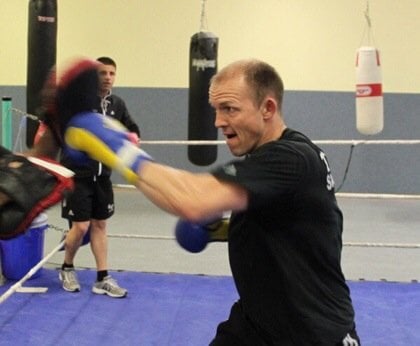 Juergen Braehmer (43-2, 32 KOs) brings the WBA World Championship to his hometown! Schwerin, Germany will host the 35-year-old’s next title defense against even-aged challenger Roberto Bolonti (35-2, 24 KOs) on June 7. The Argentinian already provoked the defending champion in the run-up to their fight. In the following Q&A, you can read Braehmer’s verbal counter as well as his future plans inside the ring.

Juergen, you last defended your world title in early April. About two months later, you are going to put it on the line again. Is the short break between fights a problem for you?

Juergen Braehmer: No, not at all. I see it more as an advantage to me. After enjoying a few days off, I went back into the gym after the Easter holidays. I did not start at zero and therefore I could lay my concentration more on technique and tactics.

Arthur Abraham made similar statements recently, only to suffer from an old training injury, which had broken up during his title defense in early May…

Juergen Braehmer: I said this ahead of my recent fights but have no problem to repeat myself: I will only step into the ring being in shape a 100 percent. That is what I learned from my loss to Garay in 2008. And I will not change my attitude now or in the future. I do perform well in training being and tip-top shape. There is a saying, by the way: If you do not use it, you lose it.

Your upcoming opponent said that you are battle-worn, while he is on top of his game. What is your answer to those statements?

Juergen Braehmer: …Maybe he did not watch my last fights. My last real war inside a ring is so long ago, I cannot even remember it. However, I can keep this delusion on his mind. I will charge him come fight night and it will not be cheap.

What are your thoughts on Bolonti’s abilities? His nickname “La Bestia” promises an action-packed fight…

Juergen Braehmer: He is a boxer with a typical Argentinian style – always fighting hard and with maximum effort, but not the most technically sound. That is what I heard from my coach Karsten Roewer. He is studying all my opponents in detail and adjusts my tactics. I only think about my own strengths. That works best for me.

Defending your world title at home for the first time must be something special to you, right?

Juergen Braehmer: It is always nice to fight on your doorstep, although the last time I did, I was a bit over-motivated when I defend the European Championship in Schwerin last August. I do not think that this will happen again but I will show further improvements to my game. My family, friends and fans can look forward to an entertaining fight.

…which should not be the final chapter in your career. What are your plans for the future?

Juergen Braehmer: Clearly some big, career-defining match-up’s, preferably title unifications. Bernard Hopkins is sitting on top of that list but with him being 49 years old, he may not have a lot fights left in him. That is why I am hoping for a quick consent to fight him. I am also open to compete with all other world champions at light heavyweight. I want to show that I am the best at this weigh class!

First, you have to deny the challenge that is Roberto Bolonti. What is your prediction on this fight?

Juergen Braehmer: The only thing that is currently on my mind is beating him. I would love to make it an early night like the one I delivered years back against Francisco Antonio Mora. Let us see if he can take my hooks to the liver better than his compatriot did…

Tickets for the fight night at the Sport- und Kongresshalle Schwerin, Germany on June 7 are available via www.eventim.de.