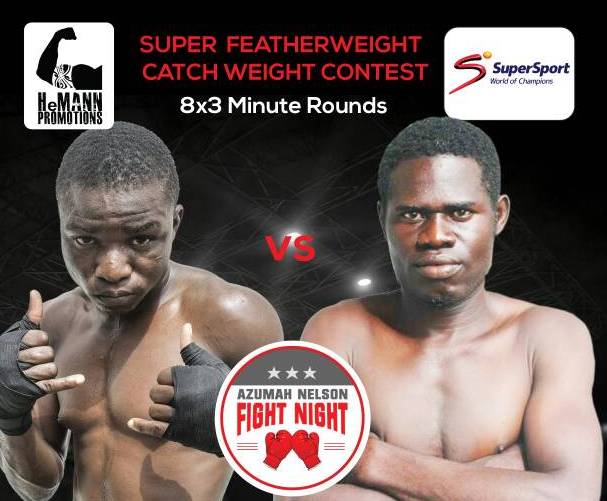 Budding Wasiru ‘Dzata Bi’ Mohammed’s career could be in for its sternest test yet from tough talking Ezekiel ‘Excavator’ Annan when the two clash in a super featherweight catchweight contest on the undercard of Azumah Nelson Fight Night 5 round 2 this Saturday, March 24 at the Bukom Boxing Arena in Accra, Ghana.

Highly rated Wasiru (6-0, 6 KOs) has enjoyed a jolly ride thus far in his professional career, knocking all 6 opponents out since entering the paid ranks in April last year. But in 7-3, 6 KOs Annan, a man with both height and reach advantage, Wasiru also meets for the first time a boxer with victories under his belt and one who is ready to have a go.

“I’m not intimidated at all by his records or that statement that he is undefeated or whatever. For me once I’m taller than you, no way you can beat me, that’s the advantage in boxing and everybody knows it,” 21 year old Annan said.

“He is a good boxer, I’m also a good boxer so I shouldn’t say much but tell my fans to come on time to see me make them proud. I don’t have nothing to give them but I can promise them victory,” added Annan who debuted more than 14 months before Wasiru.

But the man nicknamed ‘Dzata Bi’ meaning young lion in the Ga language, remains as cool, calm and collected as ever, insisting the battle lies in the ring where it will all be settled come Saturday night.

“He is taller than me but that is no problem for me, it’s inside the ring that will show anyway so I’m not worried over that. He is good, I’m also good so let’s see in the ring,” Wasiru Mohammed stated.

“Definitely, I want to win, every boxer goes into a fight to win but I don’t want to talk. I just want my fans to come much earlier than the time given and let’s see in the ring,” the 22 year old Mohammed said.

Azumah Nelson Fight Night 5 initially belled off on December 9 last year but was rained off after only two fights minus the two main bouts featuring Wahab Oluwaseun against Bright Ayala as well as Emmanruel Martey versus Emmanuel Anim. Both fights will however finally happen alongside three other evenly matched contests including Mohammed versus Annan of course t