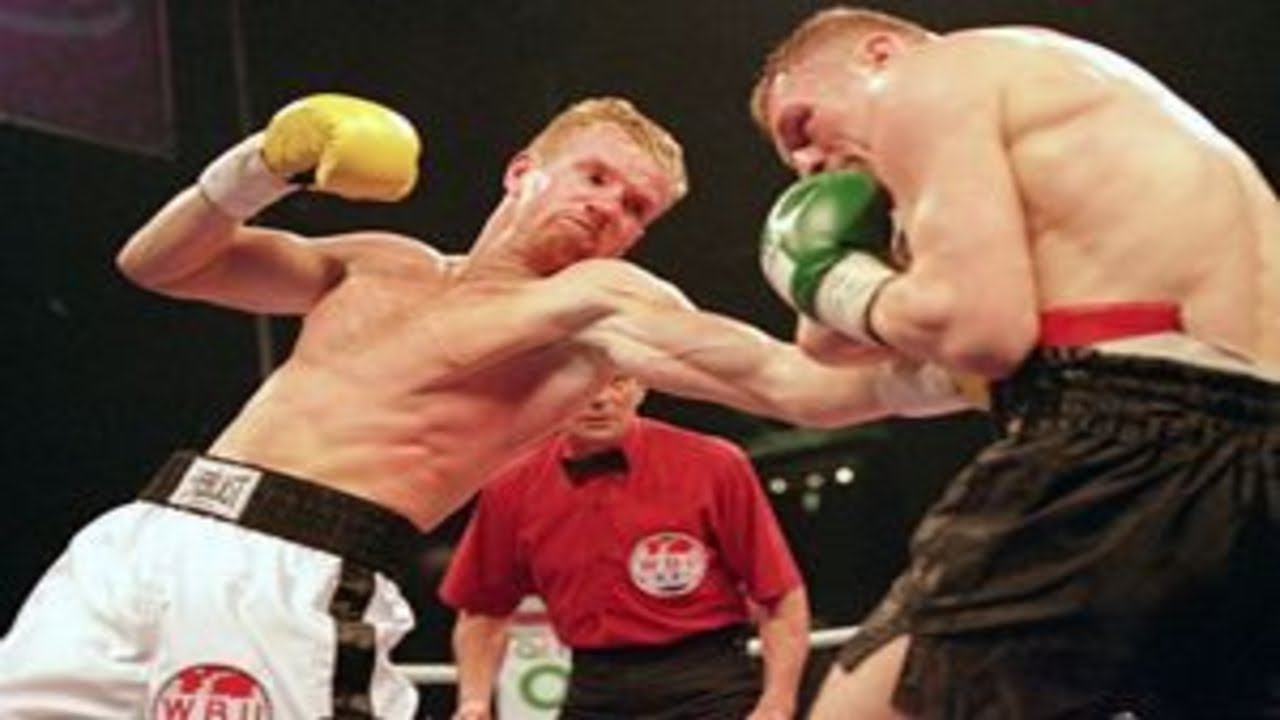 Unimaginably tough warrior Micky Ward was in Newcastle, in the north of England yesterday, for a meet and greet with the fans. An afternoon show, Ward, immortalized by his three epic fights with Arturo Gatti and the excellent film ‘The Fighter,’ spoke with fans, posed for photos, signed memorabilia and answered questions.

A huge hit with the knowledgeable crowd of around 150 people, Ward, now aged 54 and content in retirement, had we fans both laughing and enthralled all afternoon.

Ward on his failed IBF title challenge of Vince Phillips in August, 1997:

“Yeah, I was stopped on a cut eye. It happens in boxing. I looked up, and I saw all my family, they were going crazy, throwing beer, screaming that the fight shouldn’t be stopped. I was like, ‘what are you throwing beer in for!’ Anyway, I go to the doctor, the plastic surgeon, and he told me that I was lucky they stopped the fight, that I was like a millimeter away from going blind in that eye because the cut was so deep. So knowing that, thank God they did stop it. But all my family were going crazy in the balcony. There were better fights up on that balcony that night than in the ring!”

“Fighting Zab Judah was like fighting a ghost. He was so fast. He could move and move, and he was a lefty and he had some pop in his punches. I just couldn’t catch up to him, the b*****d. He was fast. When he stood still, I did nail him with a body shot and to this day he says that’s one of the hardest punches he’s ever been hit by. I said, ‘f**k, why didn’t you stay there then!’ But it was tough because I was getting up in age, and I was thinking, how many opportunities was I gonna get? I knew I had to step on the gas after that.”

“I didn’t have any support at all. I knew it’d be like that, his home country. I heard my music start to play as I left the dressing room and they were all booing me. I said, ‘f**k, maybe I should go back in the dressing room (laughs). But as the fight wore on, he was a tough kid, I was just ready for that fight. It was my time and I felt I had fought the better competition. Taking nothing away from him, he was a tough kid, in good condition. But it was my night and things turned out in may favour for once.”

On the three unforgettable fights with Arturo Gatti:

“I was going after the money at that stage. It’s a goal for any fighter to become a world champion, but in your thirties, after having worked consruction and stuff like that, you’re going for the money. You know, you can’t go into a store with a world title belt and say, ‘give me a loaf of bread,’ You need money. Don’t get me wrong, it’s every fighters’s goal to become world champion, but I had to take care of my family, so I went for the money. I fought so many tough guys, but Arturo is right at the top in terms of the toughest but at the same time it wouldn’t be right to discount the other tough guys I met before Gatti. Emanuel Burton (Ward W10 in 2001), who later became Emanuel Augustus, he was as tough as Gatti. But when you’re in a fight like that, (Ward winning the first fight with Gatti via decision) you don’t really know how special it is until you watch it and you hear the commentary and what they said about the fight. In the ninth round, when I dropped him, after the fight had been back and forth, back and forth, I caught him with a body shot and he went down, and I was like, ‘f**k, please don’t get up!’ He got up and I was like, ‘muthaf***a!’ If it was anybody else I think they would’ve stopped it, but Frank Cappuccino, because it was him [Gatti], he gave Gatti the benefit of the doubt, which was the right thing to do. If they’d stopped the fight we wouldn’t have had a trilogy.

“After the win they offered me good money to fight other guys, I forget who, but I said no I want Gatti again. He gave me a chance and I wanted to give him a chance. It was such a good fight. But the second fight wasn’t so f*****g good for me. The third round, he caught me a right hand right on top of the ear, he ruptured my ear-drum. He was ahead in the fight early – I’m never ahead in any damn fight at the beginning. I went down and I got back up and I told the ref I was okay – but my head was going ‘Whooshh!’ I felt like I was on the Boardwalk outside, the craziest roller-coaster! The fight resumes and Arturo’s throwing punches at me like a muthaf***a! My legs are gone and my brain’s gone. It was all cloudy in my head. He hit me with a right hand right on the button, probably the hardest punch he ever hit me with, and that woke me up. God’s honest truth, I was still wobbly, but the dizziness went away. It was the craziest thing and the doctor told me later that a punch can do that, either bring you back or put you to sleep.

“The third fight, I knocked him down in the sixth. At the end of the round, I was thinking he’s still gonna be dazed in the seventh. Dicky [Eklund] is screaming at me in the corner and I can’t understand a world he’s saying! I get off the stool and it was like I’d got knocked down, my legs were gone – they were like jelly. I had nothing in me. It was like I got old all of a sudden. I had to fight the last three rounds being totally drained. I had nothing but I wasn’t quitting. I had nothing in me after that knockdown. I knew I was quitting after that fight, win lose or draw. I would so much prefer to have health than all the money in the world. Too many fighters stay around too long.”

On the untimely death of his good friend:

“We became really close friends. Arturo showed up at the emergency room after the third fight. My brain had shifted in the ninth round, it made my eye muscles go out of whack. I was seeing double for a year. I had to get surgery on both eyes to put the muscles back so I could see normal. And while I was waiting for the doctor, they called a guy in who wanted to speak with me, to say hello. I couldn’t see who it was and I was like, ‘who is this guy?’ And it was Arturo. He’s laying there with a big bag of ice on him, and the first thing out of his mouth is, and he could have said anything, he says, ‘Mick, you okay?’ We had just tried to kill each other, and I get goosebumps now, thinking about it – for someone to ask if I was okay, you know, he cared about me. That’s the kind of guy he was and we became friends.

“I walked him into the ring for every fight of his after that. I hung out with him. They called me to train him for the last fight of his career. It was hard when he died. We had become close. He’d call me drunk, I’d call him drunk. He’d call me at like three in the morning, he’d put me on the phone with like three different people, speaking Canadian, so I couldn’t understand a word! Arturo’s talking a million miles an hour. He had that Canadian/Italian accent and I have the Boston accent and so we couldn’t understand each other. But when we were drinking, we could understand each other perfectly (laughs). But no-one else could understand us! I got a call, I was at a lake with my family, and I was told the bad news, that they had found Arturo dead in Brazil. Arturo had recently called me, to say he was going to come and see me on set for the film (‘The Fighter.’) I told him okay. That’s the last time I ever spoke to him.