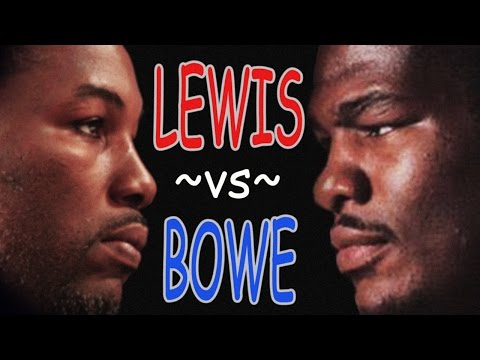 Canelo Alvarez recently decided it was time to relinquish his WBC middleweight title rather than face fellow titleholder Gennady Golovkin in a unification bout. Many fans are outraged over Canelo’s reluctance to face Golovkin. It remains to be seen how this will ultimately impact Alvarez’s career and drawing power. But in the midst of this recent disappointment for boxing fans, many observers are comparing this situation to one that occurred back in the early 1990s when undisputed heavyweight champion Riddick Bowe deposited the heavyweight version of the WBC title into a trash bin rather than face his mandatory Lennox Lewis.

When reflecting back on the situation regarding Bowe and Lewis, the basic narrative these days typically goes something like this. Bowe and Lewis both entered a heavyweight tournament along with Evander Holyfield and Razor Ruddock where the winners agreed to face off. Lewis scored an impressive 2nd round KO against Ruddock, and Bowe out-battled Holyfield over 12 rounds in a tremendous match-up that became an instant classic. Bowe, however, is said to have been afraid of Lennox Lewis, largely as a result of having lost to Lennox in the 1988 Olympics finals in the super heavyweight division. So instead of facing Lewis, Bowe is said to have thrown the WBC belt in a garbage can in order to avoid having to face Lewis. It is widely referred to as the biggest duck in boxing history by a sizeable faction of boxing forum goers.

It is unfortunate that a match-up between Lennox Lewis and Riddick Bowe never took place. The fans are the ones who ultimately lost out in what would have probably amounted to an entertaining contest between two elite heavyweight boxers. But did Bowe really duck Lewis the way the common tale would have you believe? Or was the more going on that prevented this potentially great fight from ever coming together? This edition of Rummy’s Corner attempts to explore the rivalry that both existed and never was between Lewis and Bowe. Please watch and enjoy the video!