Who would have won if a prime version of Muhammad Ali squared off against a prime version of Iron Mike Tyson? Or who would have won between the best versions of Joe Louis and James Jeffries? Boxing fans have always enjoyed debating the unknown – and it is difficult enough doing that when discussing fighters from the same era in the same weight class. Comparing boxers from different eras is a trickier endeavor. Very tricky indeed, but again, also lots of fun.

For any boxing enthusiast who spends time on the Classic Boxing Forum on boxingforum24.com – a quick investigation will reveal that comparing boxers from different eras, while tricky, is something that boxing fans gladly engage in time and time again, regarding any and every hypothetical match-up imaginable. Some of these hypotheticals are more common than others, and many produce spirited debates, while few have resulted in a true universal consensus.

What better way to explore a couple of dozen hypothetical match-ups than under the format of a tournament, or in this case, two tournaments!

In this edition of Rummy’s Corner we will examine two hypothetical heavyweight tournaments. The first of these two tournaments will be based on the results from the heavyweight ranking experiment conducted last year as part of the “Top 10 by Decade” series. And the second tournament is based on a list of All Time Heavyweight rankings compiled by Ring Magazine just a few short years back.

For the purposes of this exercise, we are going to assume that all of these hypothetical match-ups will all be taking place when each of these heavyweight greats was at or very near his fighting prime. Each hypothetical match-up will also theoretically take place under modern day rules with 12 round durations. Note that this is all meant in good fun, and this is strictly one man’s opinion. Please watch and enjoy the video! 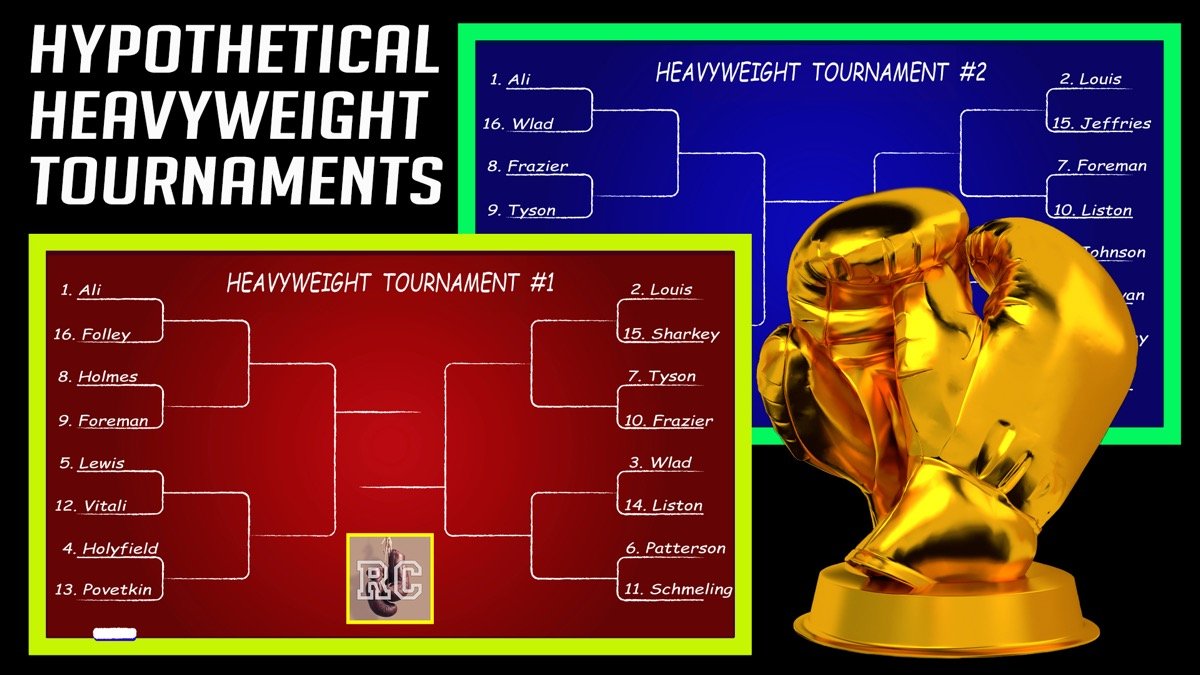