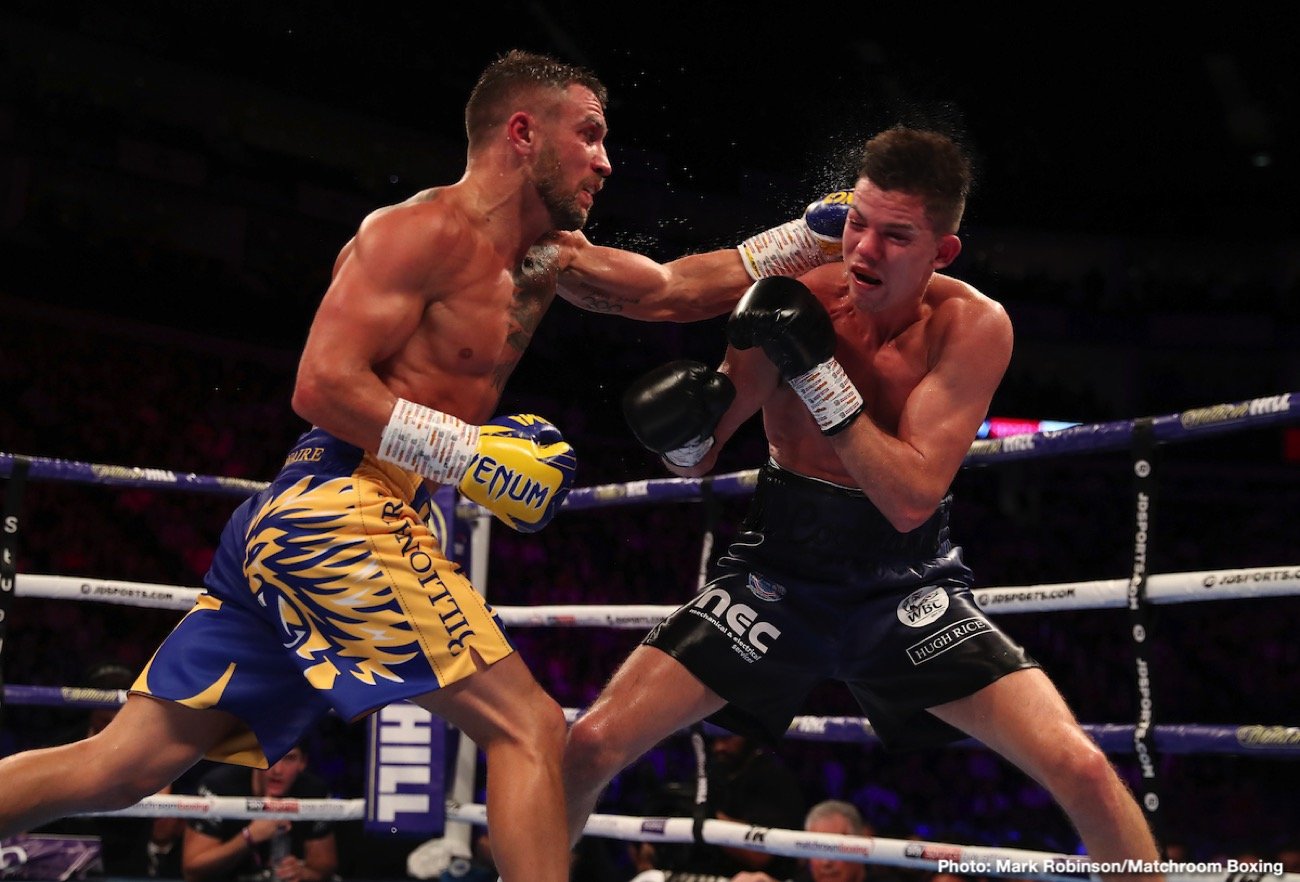 IBF lightweight champion Teofimo Lopez (15-0, 12 KOs) and WBA/WBC/WBO champ Vasiliy Lomachenko will fight for the undisputed 135-lb championship in September on ESPN pay-per-view, according to their promoter Bob Arum of Top Rank. The two champions have decided to take the fight with or without fans, possibly Las Vegas Nevada.

You’ve got to give Teofimo Lopez and Lomachenko for making the fight without choosing to take an interim fight, but it’s not likely they had any options. Teofimo had recently been calling out WBC champion Devin Haney, and getting nowhere with him.

Lomachenko holds a lot of titles, but most of the worthwhile contenders are from outside of the U.S would be blocked from entry due to the travel ban. The 32-year-old Lomachenko has a green card, which allows him to come to the U.S whenever he pleases freely. 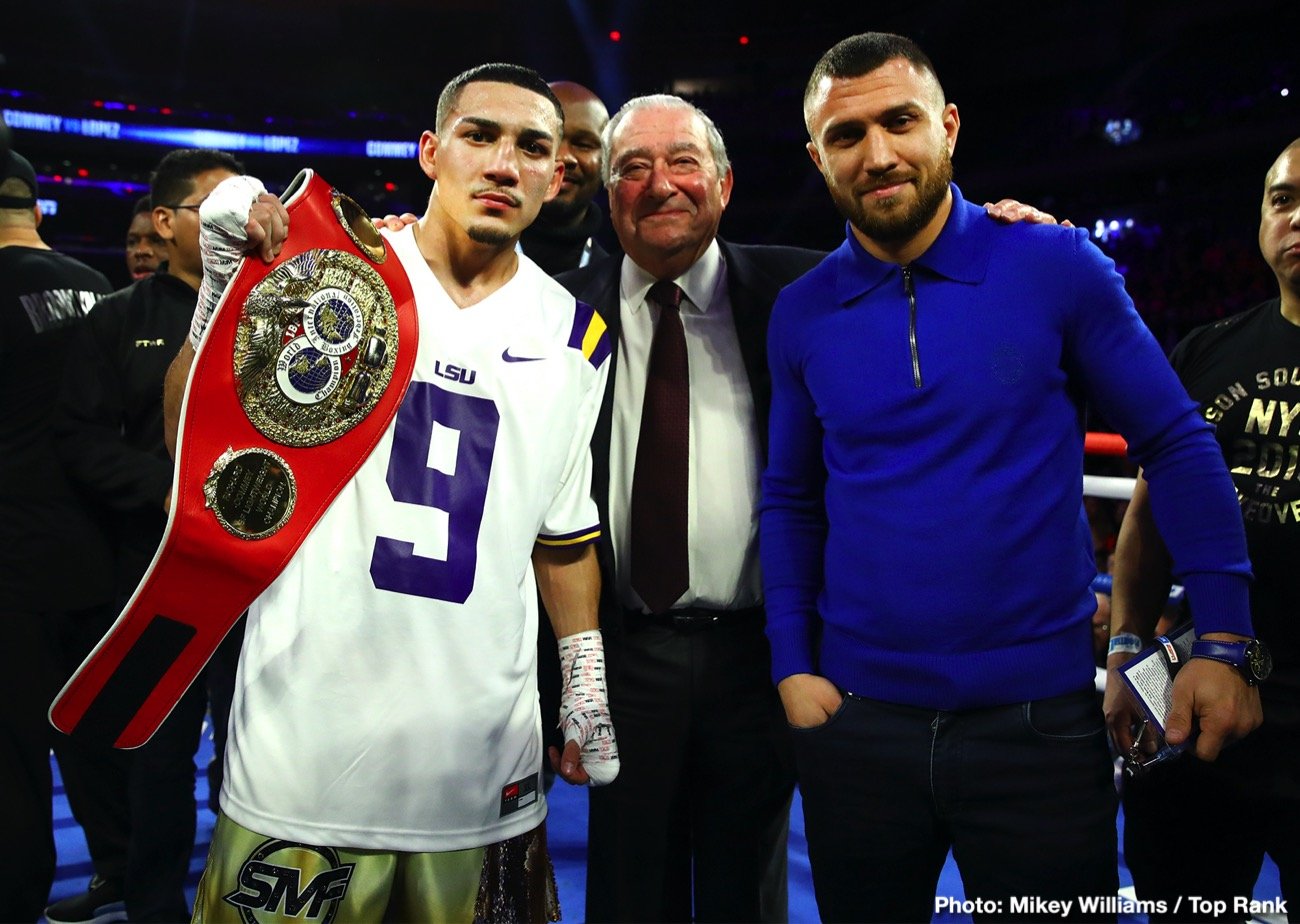 Loma and Lopez could have waited until they were 100% certain that boxing fans will be able to attend the event, but they’ve chosen to fight anyway. If fans still aren’t able to participate in the event, it’ll take place behind closed doors.

There will be a lot of revenue lost if it takes place without fans, but the pay-per-view sales could make up for the lost gate. Most fans will likely prefer to watch the fight in the safety of their homes on pay-per-view if they have the money to afford it.

Arum hasn’t said how much the Lomachenko-Lopez fight would be priced at, but it would be an excellent move to peddle it at a low enough number to encourage fans to dig deep to order it. Lomachenko isn’t a pay-per-view fighter, and neither is Teofimo. Of the two, Teofimo is the one that will be bringing in the fans.

“In talking with Lomachenko and Lopez, neither of them want an interim fight,” Arum said to ESPN. “So we would plan to do that in September, with or without an audience.”

“It certainly would be a pay-per-view. It’s a big fight that we can do something spectacular in conjunction with the Las Vegas Convention [and Visitors] Authority. Do a big outdoor event. There’s a lot of clever stuff you can do and still adhering to the mandate of social distancing.”

Lomachenko will likely be the favorite with the odds-makers, but that won’t matter. If Teofimo lands one of his big shots, Lomachenko will be taking a long nap.

Having the Lomachenko vs. Teofimo fight outdoors obviously makes sense, considering that having it indoors could be a big risk if the pandemic is still raging at full strength.