Two-time Olympic gold medalist and former three-division world champion Vasily ‘Hi-Tech’ Lomachenko (16-2, 11 KOs) was too skilled for his opponent Richard Commey (30-4, 27 KOs) in beating him by a 12 round unanimous decision on Saturday night on ESPN at Madison Square Garden in New York.

The way the fight started, it looked like Commey had a chance to pull off the upset, considering Lomachenko started slowly and wasn’t landing a lot of shots in the first couple of rounds. 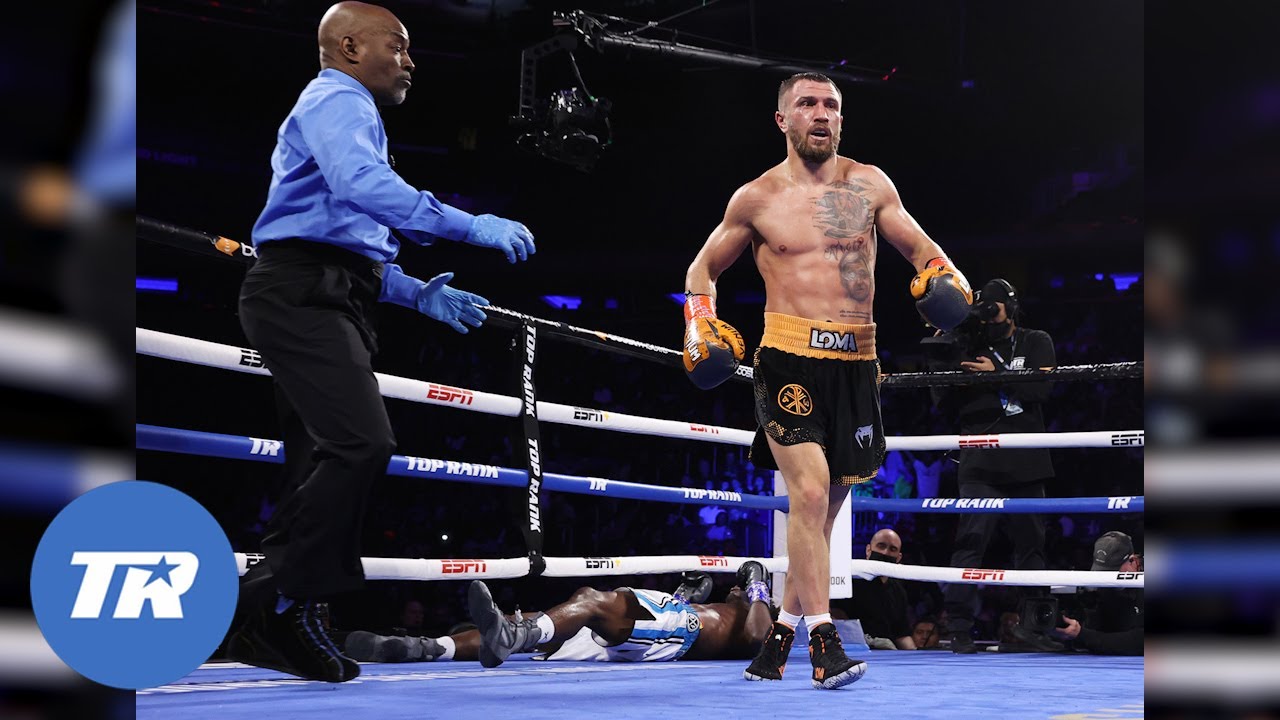 Commey, 34, enjoyed his best success in the first four rounds in nailing Lomachenko with big punches that would have knocked out many fighters.

Lomachenko buckled down on his defense after the first quarter of the fight and limited the shots that Commey was able to land.

After starting off slowly in the opening round, Lomachenko appeared to have downloaded the information he needed to outbox the former IBF lightweight champion Commey for the rest of the way.

In the sixth round, Commey landed some hard shots that got Lomachenko’s attention, resulting in him coming out on fire in the seventh. Lomachenko sat down on a big shot during the seventh that put Commey down.

For the remainder of the seventh round, Lomachenko teed off on Commey, and he motioned to have the fight stopped by his corner. Not surprisingly, Commey’s corner didn’t stop the fight, and you could understand why because with his power, he can score a knockout at any time.

Despite the results of the fight had Lomachenko won big, the fight was competitive with Commey landing a lot of big shots. If Lomachenko didn’t have such a good chin, Commey might have knocked him out.

Commey’s accuracy and punch output were poor, which is largely the reason why he lost the fight. He wasn’t throwing enough shots in the second half and allowed Lomacheko to dominate.

The win was an important one for Lomachenko because he could be facing IBF/WBA/WBC Franchise/WBO lightweight champion George Kambosos Jr. The Australian fighter said he’d be interested in defending against Lomachenko next in his native Australia, but we have to see if he wants to go in that direction after tonight.

In the chief support bout on the card heavyweight Jared Anderson (11-0, 11 KOs) defeated Oleksandr Teslenko (17-2, 13 KOs) by a second knockout.

Anderson, 6’4″, nailed Teslenko with a big shot that put him down on the canvas hard. There was no chance that the Ukrainian fighter could survive that knockdown and the fight was stopped.