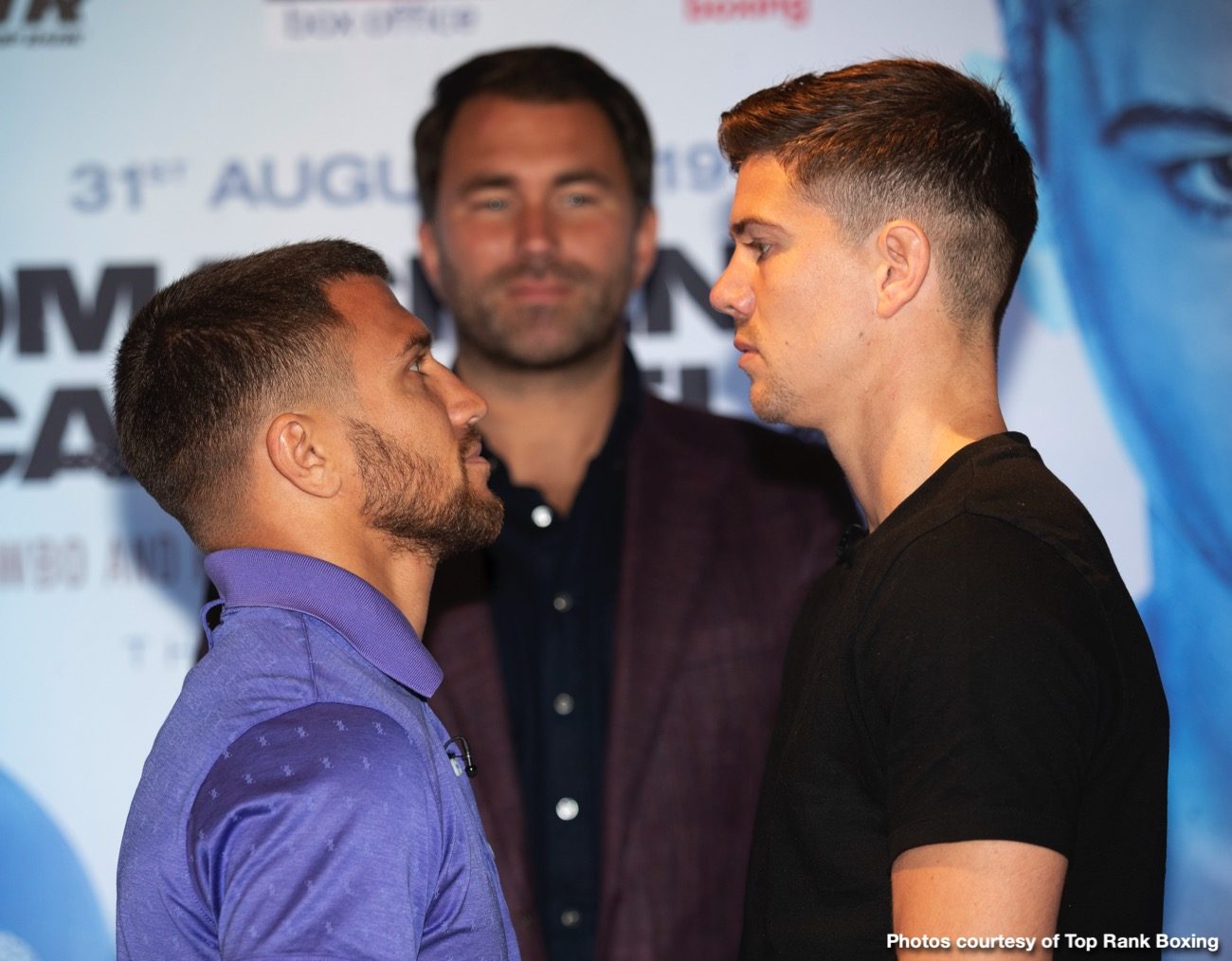 The press conference dais told the story. Four title bouts were laid out, symbols of Vasiliy Lomachenko’s current and long-standing status as one of boxing’s elites.

Two days before a sold-out crowd of more than 18,000 packs The O2, this is what the fighters and their promoters had to say.

“I’m excited. I can’t wait to come to the ring and show my boxing skills for British fans and fans around the world.”

“Now, {Lomachenko} comes over to the UK, which really is the country that is most passionate and knowledgable about the sport of boxing, to exhibit his talents before the UK audience. On behalf of Vasiliy Lomachenko and {Lomachenko’s manager} Egis Klimas, we are grateful for the opportunity to be over here, to be fighting in this championship match, particularly against a world-class fighter like Luke Campbell.”

“I’ve been through a lot having the experience of the London Olympics, the crowds, the pressure of going out there, getting a medal and winning. And, obviously, my professional career, coming to America to fight {Jorge} Linares for a world title. I’ve learned from my experiences, and boy, do I love a challenge. I’ve said for years being in boxing, to be the best, you have to beat the best. And this is certainly one of those challenges.”

“There are no better fans than the UK fans. They just give the best atmosphere. I’m excited to bring this fight, be part of this fight here in the UK. I want to perform and entertain and give the fans a great night.” 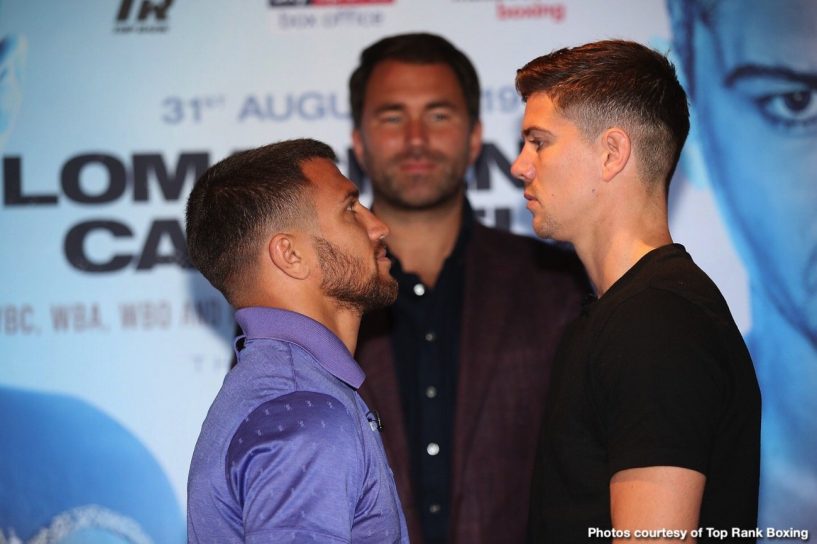 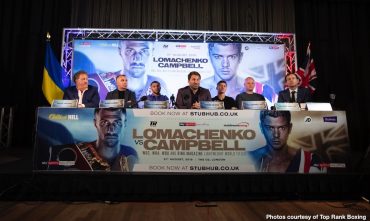 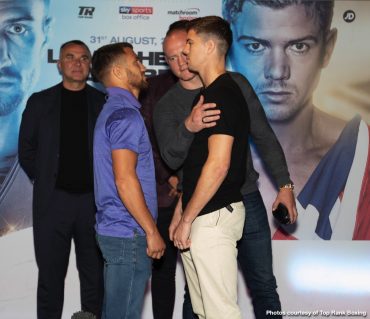 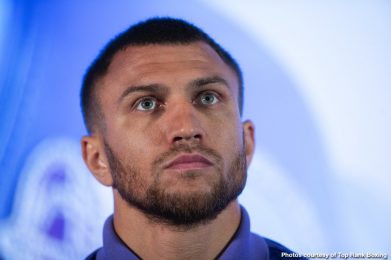 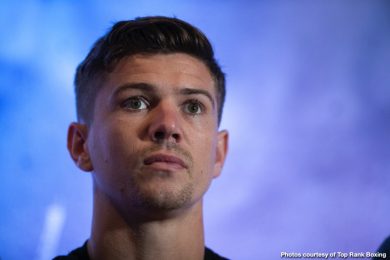 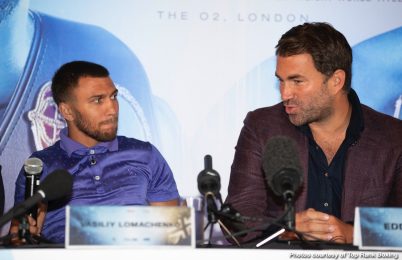 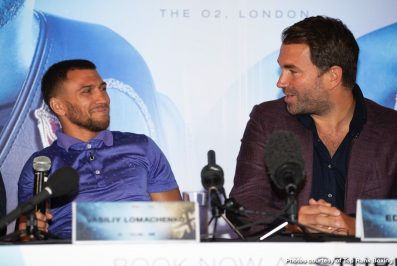 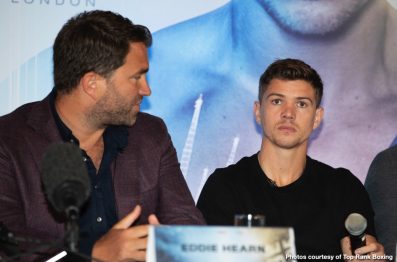 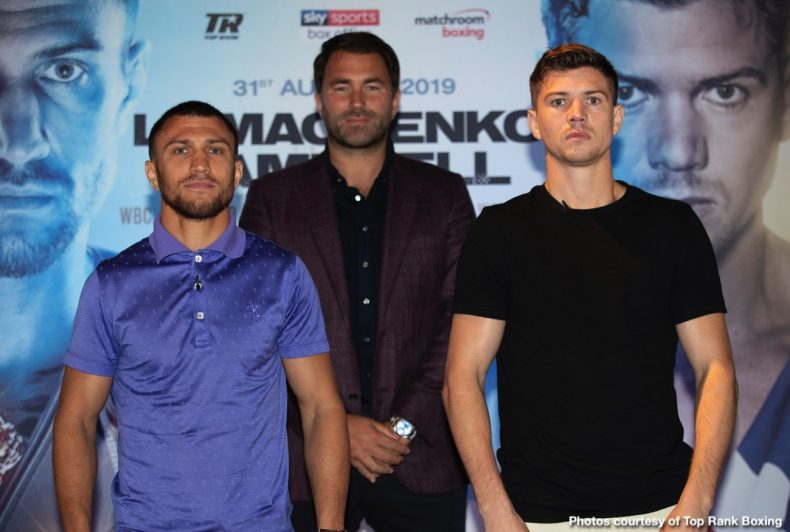 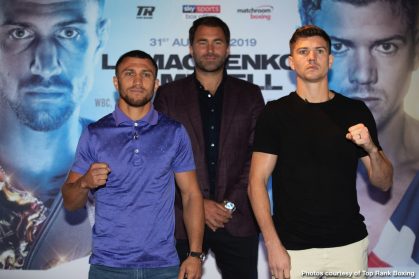 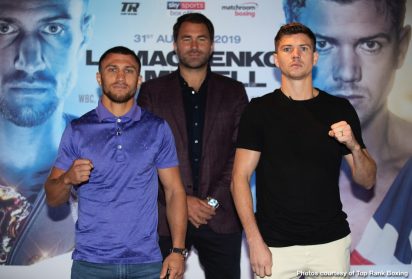 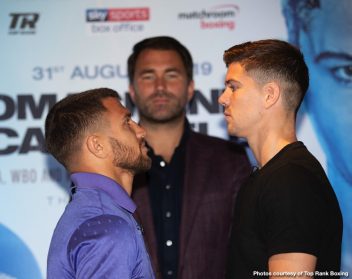 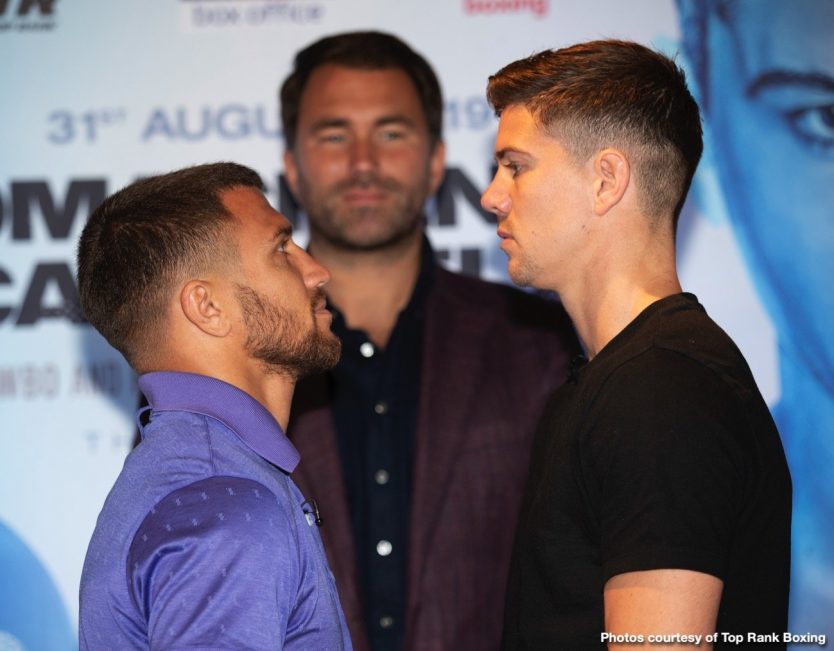 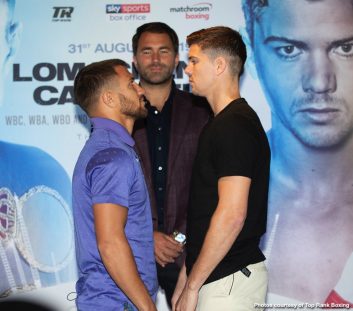 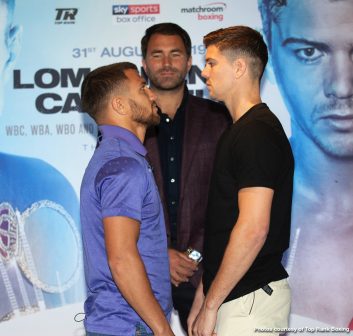