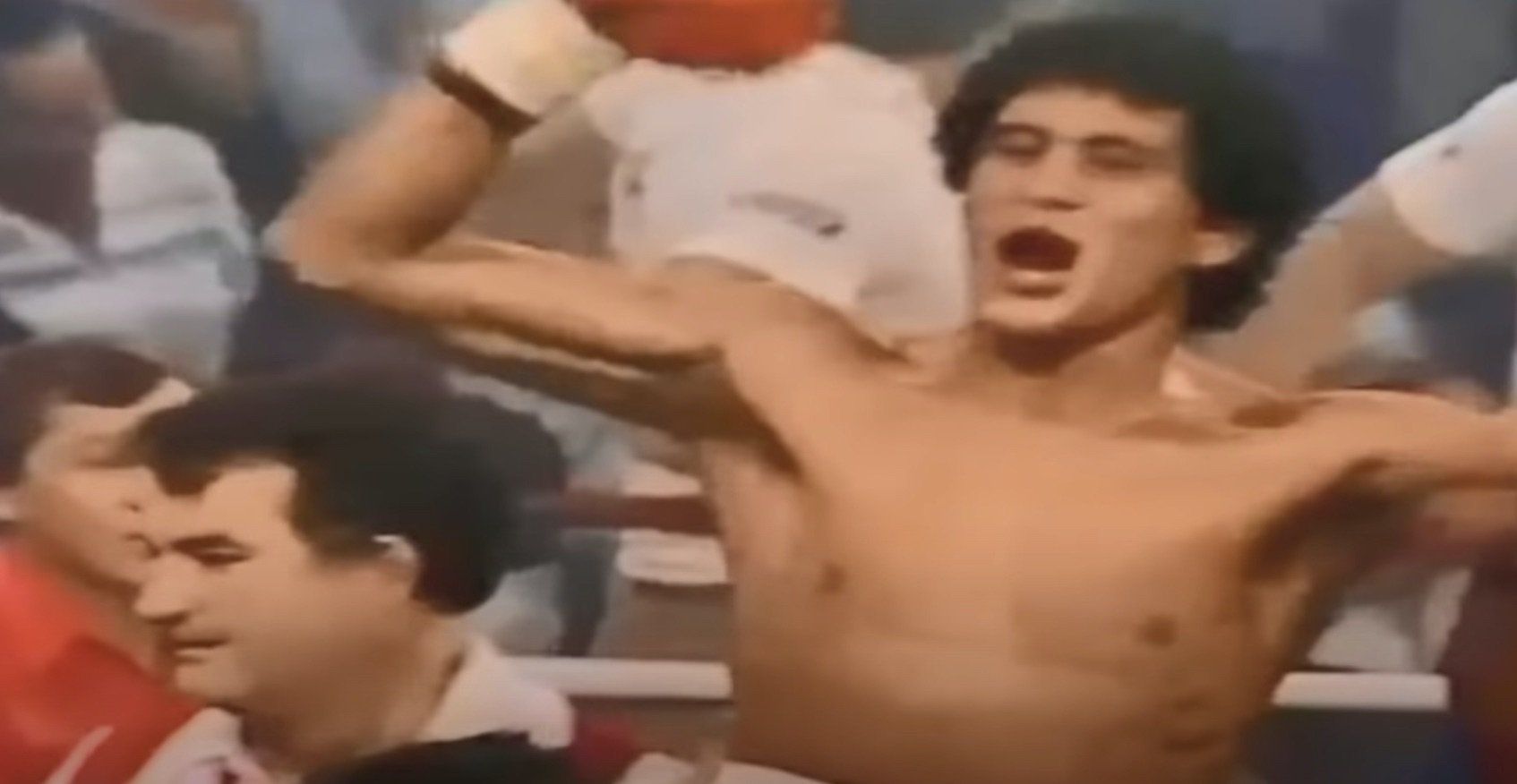 It was Salvador Sanchez’ final fight. It was also his toughest. It was an unexpected classic, a featherweight war. July 21, 1982 – Madison Square Garden, New York. Sanchez, making the ninth defence of his WBC crown, met a complete unknown named Azumah Nelson and both men showed their greatness.

Sanchez, for many the finest Mexican fighter ever, was closing in on true greatness; and a fight with lightweight king Alexis Arguello. Nelson had boxed just one fight in America, this a quick win over a guy named Miguel Ruiz, who he stopped in Bakersfield in August of 1981. Against the once-beaten and long-reigning Sanchez, Nelson was an off the board underdog. The fight was no attraction to the fans, with just over 5,000 bothering to show up. Nelson couldn’t care less.

Taking the fight to the champion right at the sound of the opening bell, the challenger who had, two days before celebrated his 24th birthday, was soon wowing the fans. The intensity of the African’s attack was something else. Sanchez soon realized he was in for a real fight, not an easy one. Having beaten Danny Lopez to become champion and then having seen off the challenges of Ruben Castillo, Lopez in a return, Juan Laporte, Wilfredo Gomez and Pat Cowdell, Sanchez was not expected to have to dig as deep as he would have to do to defeat his lastest foe.

Nelson was fast, powerful and he looked far more experienced than his 13-0 record would suggest. The two traded shots, they hit and hurt one another and the amount of leather slung to both the head and body of both men was something to behold. Nelson’s right hand to the head was his best weapon, while Sanchez’ beautiful and lethal left hand was his key shot. Both men landed plenty. After the fourth round, whilst sat in his corner, Sanchez said to his corner how he did not feel his usual self.

The battle raged and raged, with Nelson showing no signs of any slowing down or having been buzzed. Could the momentous upset happen? Nelson had stamina to burn and it was looking like his fight, his night. But Sanchez had that special stuff the great ones have and, showing his cool, calm briliance, the champ kept every ounce of his composure. Nelson was banking more rounds than anyone had dared predict, but Sanchez was still in control, in his mind at least.

Then, in the seventh-round, Sanchez broke through with his awesome left hook, the shot landing on Azumah’s jaw. Hurt and wobbled, Nelson was set down as he tried to fight back, a second hook putting the young upstart on the mat (Nelson actually being the older man, Sanchez still only 23). Nelson fought back as hard as he could when he got up, Sanchez went to work with icy patience and precision.

Nelson came back hard, the two slugging it out in the eighth, ninth, tenth and eleventh rounds. It was brilliant violence, two men going into the trenches and giving their all. It was two-way action at its very best. Finally, in the 14th, Nelson began to slow, to tire, to move on stiffened legs. Showing incredible defiance, Nelson refused to accept he was a beaten man. Sanchez had plenty left and he closed the show in the 15th and final round. Sanchez went to work as Nelson was on the ropes, the champ then landing a series of flush shots as Nelson fell around the ring. Still Nelson would not go down. But then he did, he simply had to. Two final left hands sent Nelson to the canvas, seemingly finished. But up the challenger got once again, his right eye busted shut.

Sanchez resumed his attack, hammering his incredibly game foe all over the ring, this prompting referee Tony Perez to stop the fight. The time was 1:49 of the final round.

Sanchez, now 44-1-1(32) could look ahead to his scheduled rematch with Laporte, yet the big talking point was Nelson’s heroic effort and what would be next for him. A rematch would have been most welcome. Instead, as all fight fans know, Sanchez was tragically killed on August 12th of 1982, his life and career cruelly cut short.

Salvador Sanchez showed his greatness in a number of his fights, but perhaps never more so than the night he had to dig unexpectedly deep to overcome the tough challenge of Azumah Nelson.