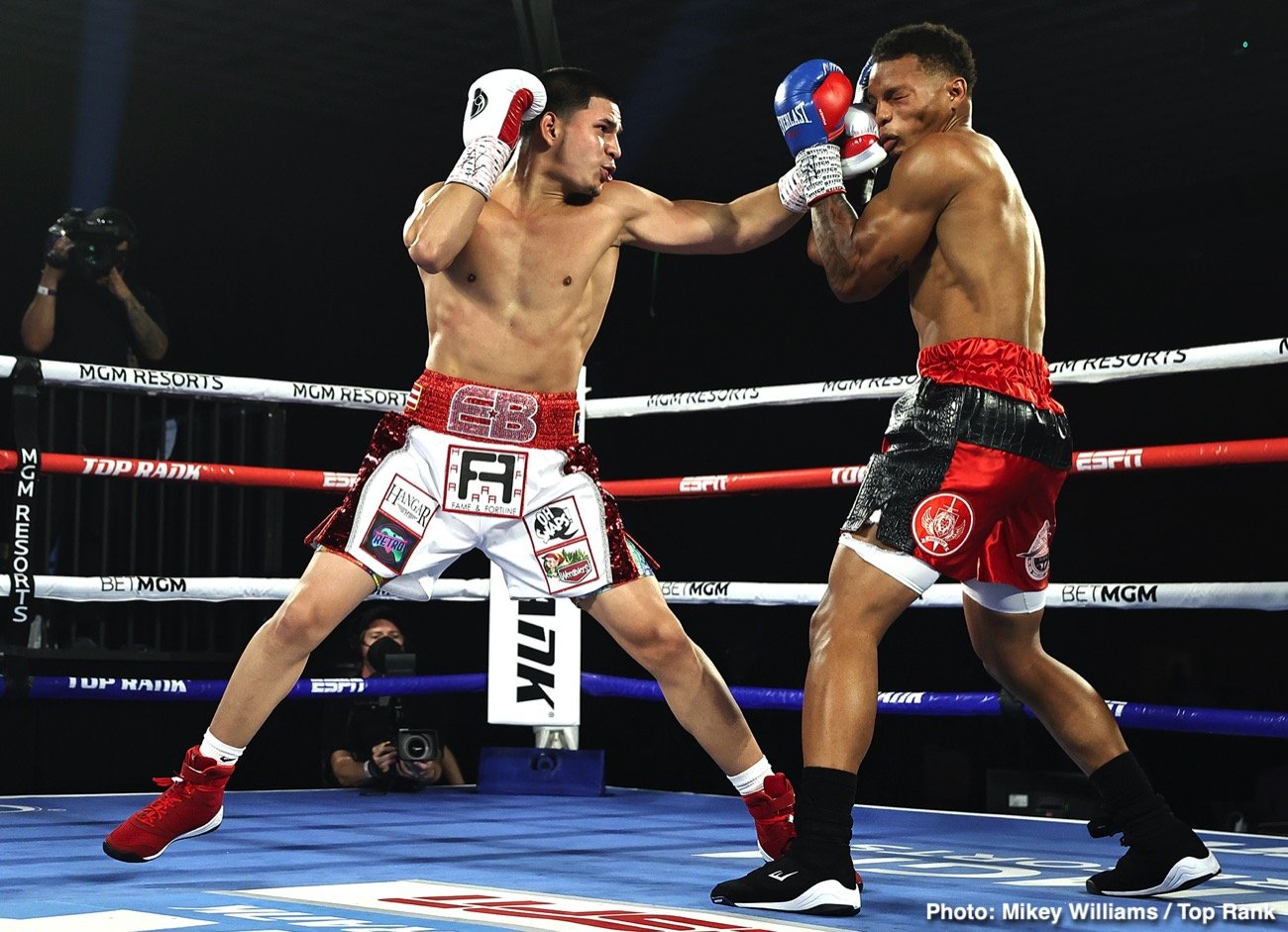 When doomed 130/135 pound terror Edwin Valero was making his incredible run of a quite amazing 18 straight wins, all coming via first-round KO, fans wondered how far Valero could go. Eventually winning world titles in two divisions, Valero’s run of first-round wins came to an end but “El Inca” never was taken the distance in any fight; his final record reading 27-0(27) – Valero meeting a well-documented death by suicide due to the ghasty murder of his wife by his own hand.

Now, 23 year old super-middleweight prospect Edgar Berlanga has got people talking about him the way theye did Valero. Last night, in crushing Eric Moon in a little over a minute of the opening round in Las Vegas, the Puerto Rican improved to 14-0 – all by first-round KO. Berlanga is really starting to make a name for himself as the next big-hitter of the sport. You may have heard the name, you may even have seen Berlanga in action last night. On Saturday night, on the under-card of Shakur Stevenson-Miguel Marriaga in New York, fans will get another chance to see the Puerto Rican in action.

Berlanga, who lives in New York and was signed up by Top Rank after his ninth pro outing, has yet to hear the bell for the second round and while that’s impressive and attention-getting enough by itself, what’s more impressive is the fact that, aside from three fighters who were making their pro debut against him, each of Berlanga’s 14 pro opponents entered the ring with him whilst sporting a winning record.

And Berlanga, who went pro in April of 2016, has seen off some decent fighters. In his last fight, which took place in December, before the coronavirus hit, “The Chosen One” as Berlanga is known, stopped a 16-1-1 Cesar Nunez; while a few fights before that, Berlanga stopped the experienced Jaime Barboza, a man who has taken the likes of J’Leon Love, Gary “Spike” O’Sullivan and Gilberto Ramirez the distance.

It’s still too early to know if Berlanga can emulate Valero and become a word champion who never hears the sound of the final bell, or if Berlanga can become the next big star of the 168 pound division, yet it really does have to be agreed how this exciting, naturally heavy-handed fighter is firmly on the right track. Will the growing pressure to deliver a quick KO each and every time he fights get to Berlanga, or will “The Chosen One” continue to go about his business in his cool and calm manner?

Roll on Berlanga’s next fight. For sure, he’s one to follow.