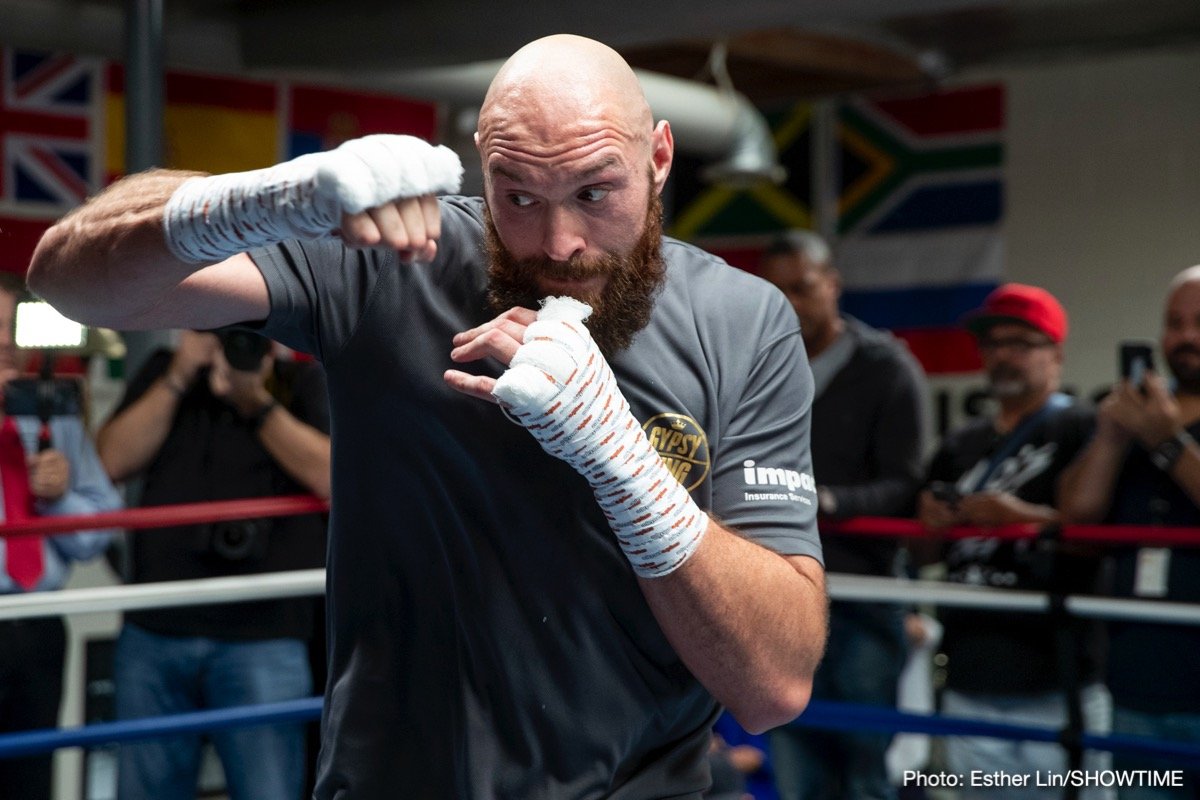 Tyson Fury has revealed the tough time he had gaining entry into America. Speaking with The Mail, the lineal heavyweight champ said his visa application took place not too long after his big 2015 upset win over Wladimir Klitschko and that he was strip-searched at the airport when he did arrive a few weeks ago – and that the Deontay Wilder fight was almost off. But despite this, or maybe because of it, Fury says he fully intends to stay in the US after next Saturday night’s big fight with Wilder (a fight Fury obviously feels he will win) and fight in America for the remainder of his boxing career.

Now, fans know there has to be a large pinch of salt involved from the listener when taking in what Fury has to say, but he did say that his days of fighting in England are over:

“After I win the WBC belt will be staying here. You won’t see me fighting in England again. You heard it here first,” Fury stated. “Once I beat Wilder I will be the next big pay-per-view star in America, the land of opportunity.”

So can we take Fury at his word on this occasion? Will Fury beat Wilder? If he does, there will very possible be a return fight, due to the rematch clause. And if fight-one proves to be a great one, then maybe Fury will pull in massive pay-per-view numbers with a rematch. Fight-one has yet to sell out the Staples Centre and fans in the US have groaned some (understandably) at the pay-per-view price tag: $74.95.

All this aside, if Fury did remain in the US (would he even be allowed to do so?) what would it mean for a possible fight between he and Anthony Joshua (again, providing Fury does beat Wilder on Saturday)? Would AJ be willing to travel to the US to fight his countryman? Fury talks a whole lot as we all know. Let’s wait and see what he does after this Saturday’s fight. Win or lose.