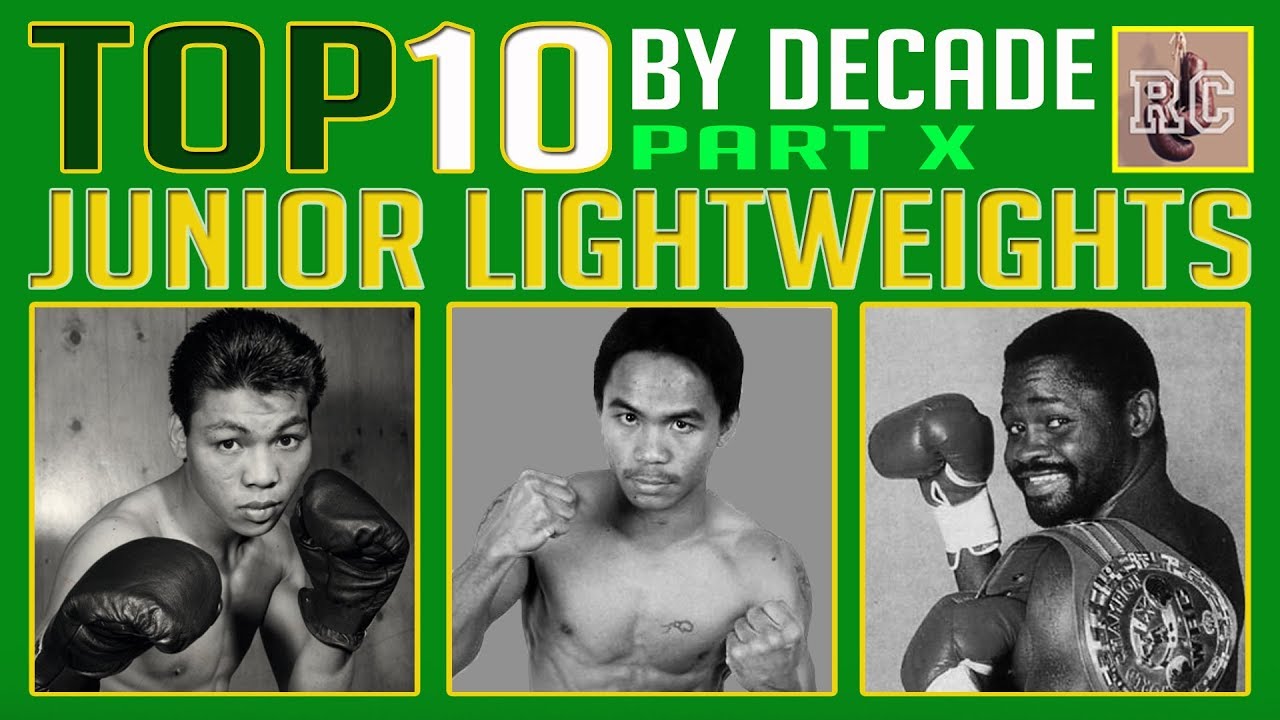 Trying to rank boxers across different eras is a difficult task, but it can also be a lot of fun, and hopefully that has been the case, and continues to be the case, with this ongoing rankings experiment where we attempt to rank the best boxers from each weight class across different decades.

In Part 1 of the new “Top 10 by Decade” series, we began by exploring the heavyweight division with a formula designed to try and objectively identify the Top 10 heavyweights from each decade. Then we we worked our way south through all of the divisions through lightweight. Today in Part 10, it’s the junior lightweights – or, if you prefer, the super featherweights.

For the junior welterweight division, Ring Magazine began doing divisional rankings way back in 1924, but they stopped doing this after 1931. Then they resumed doing rankings for the weight class in 1962, and continued doing so until 1986 when they again discontinued the practice. The renewed the policy beginning in 1989. So for the purposes of this episode, we will begin starting with 1962.

The junior lightweight division lacks the rich history and tradition that correlates with the original eight weight classes. But there have still been some very talented boxers to have competed in the weight class, including Floyd Mayweather Jr, Manny Pacquiao, Erik Morales, Marco Antonio Barrera, Flash Elorde, Azumah Nelson, Genaro Hernandez, Samuel Serrano, and Ben Villaflor just to name a few.

The main idea here with these ranking experiments is to try and eliminate personal bias and individual preferences, while also excluding all head-to-head considerations, both real and hypothetical. It is more a measurement of tracking the boxers who had the most prolonged success in a given weight class over the duration of a specific decade. This edition of Rummy’s Corner is the tenth episode in a series of “Top 10 by Decade” videos that will be released over the course of the coming weeks. Please watch and enjoy this newest installment in this new series of videos – the junior lightweight division! Or, if you prefer, the super featherweight division!