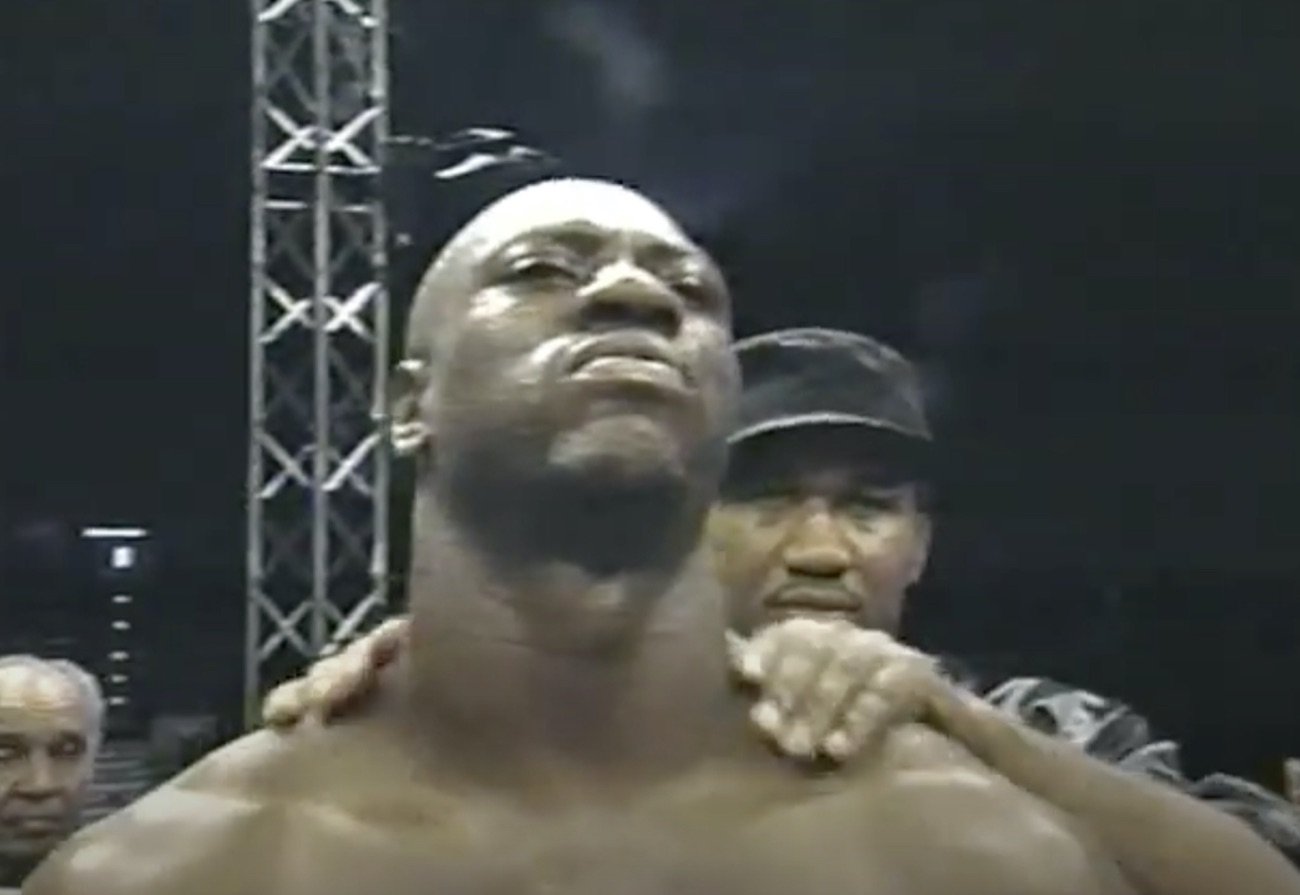 Detroit warrior Derrick Jefferson won perhaps his biggest fight earlier this year. It was back in March when the 52 year old fell seriously ill with coronavirus; the born fighter with an enormous heart battling hard and thankfully returning to health. As a pro fighter, Jefferson lit up the heavyweight division in a pretty big way in the late 1990’s/early 2000’s.

Big, strong and athletic, Jefferson stood an imposing 6’4” and around 240 solid as a rock pounds. A heavy-handed banger who almost always sent the fans home happy, “D-Train” ran over a number of notable names as he rose through the ranks. Going pro 25 years ago today, with a quick 1st round KO over Ismail Muhammad in L.A, the 27 year old who had shown real promise in both basketball and football (a gun shot to the leg ending his basketball career) was soon to become a fan-favorite.

Romping to 18-0(16) – this after Jefferson had won the National Golden Gloves as an amateur, beating future top contender Michael Grant along the way – “D-Train” was traveling fast. A draw with Marcellus Brown didn’t fade his progress, while wins over Bert Cooper (KO2) and Obed Sullivan (WS12) saw Jefferson go up the rankings.

Then came his first epic war.

For some, Jefferson’s truly special, knockdown-laden slugfest with Maurice Harris from November of 1999 ranks as the best heavyweight fight of the ’90’s. Both men elevated themselves in the fight, one that started with a bang and ended with one helluva bang (check it out on YouTube now if you haven’t seen it). It wasn’t often HBO’s Larry Merchant expressed his love for a fighter live on air, but this is just what the commentator did after Jefferson had picked up his incredible win!

Unfortunately, though Jefferson kept the high-octane thrills coming, two stoppage defeats followed. Jefferson was all over David Izon, hammering him for seven rounds to the point that those at ringside were asking for the fight to be stopped. But then, exhaustion having set in due to the amount of leather he had slung, Jefferson was shockingly sent down with a right hand in the eighth. With nothing left in the tank, Jefferson was saved by the referee with just seconds gone in the ninth round. At the time of the stoppage, Jefferson had been up 78-72, 78-73 and 78-74.

More bad luck struck in the form of a busted ankle. Facing Oleg Maskaev four months after the Izon stunner, Jefferson was decked in the opening round, his ankle being badly injured in the fall. Jefferson tried his best to fight back, hurting Maskaev in the third, this after he himself had been downed again in the 2nd round. Jefferson had zero quit in him but he was pulled out by the ref in the fourth.

A quick KO re-build later, Jefferson got his one and only shot at a world title. Unfortunately, the wars with Harris, Izon and Maskaev had taken a good deal out of him by now, and Wladimir Klitschko had a relatively easy night’s work in retaining his WBO belt inside just two rounds. Even here, though, Jefferson fought as best he could, letting his hands go before being taken out.

A few more wins came – including a notable decision win over Phil Jackson (WU10) – before Jefferson was stopped by DaVarryl Williamson in 2005. Jefferson had taken part in a Thunderbox tournament in late 2002, in which he beat Ray Austin (KO2) but was decisioned by Tony Thompson in the semifinals (the bouts do not appear on Jefferson’s record via BoxRec).

Finishing at 28-4-1(21), Jefferson might be known only to hardcore fight fans, but he sure added a whole lot to the heavyweight division in the years 1999 and 2000. For a while there, Jefferson was something of a heavyweight human highlight reel.