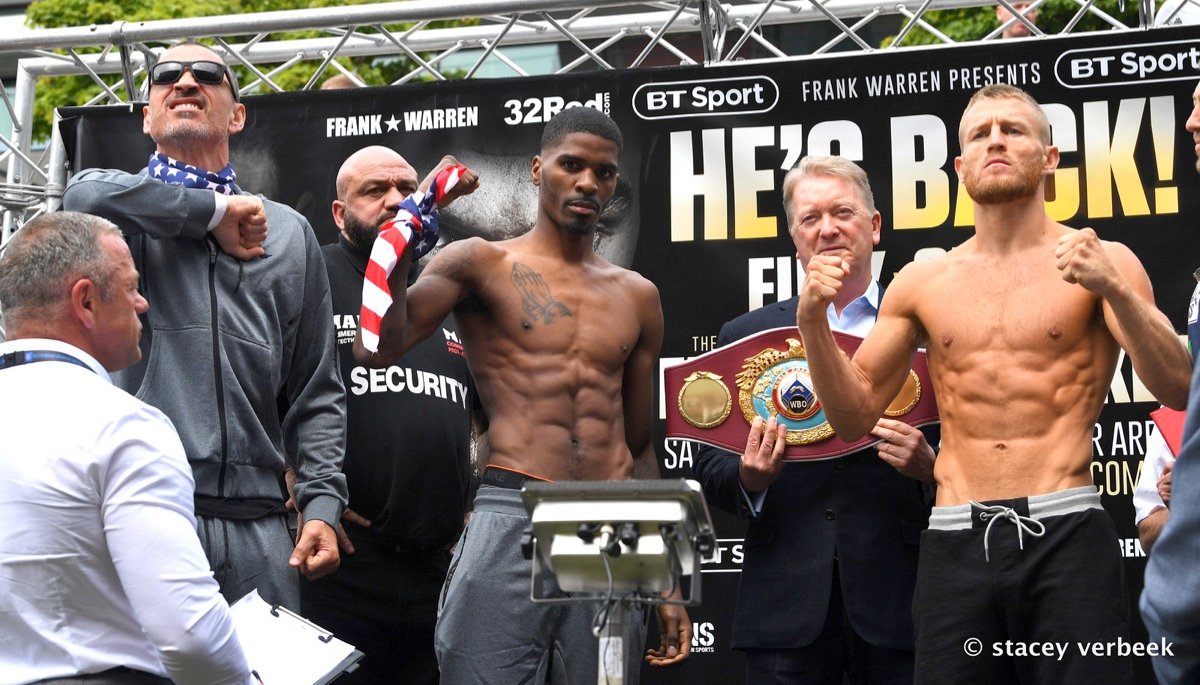 There is a world title title fight happening this weekend which is perhaps the main event or the undercard, depending on your point of view.

That point of view would depend on which story you are listening to from Frank Warren though and what your thoughts on the return of Tyson Fury are.

Warren has stated time and again that the comeback of Fury isn’t the main event, even though it did have it’s own press conference this week, whilst “the undercard”, including Terry Flanagan had it’s press conference the day after.

Are they both world level fighters? Again this depends on your point of view…

Flanagan will come up against Maurice Hooker on Saturday night for the vacant WBO super lightweight title. For many Flanagan is in for an easy night, I don’t think it will be as easy as some predict, although I don;t see how Hooker can win it. “Turbo” Terry has been a lightweight world champion for almost 3 years having had five defences, none of which have really got the blood flowing. Some would say he is a boring fighter, I would say he is just too good and doesn’t get anywhere near the respect he should.

Flanagan is an unassuming fighter who goes about his business with no bluster or bullsh*t. A southpaw who really is a class act in the ring, but is sometimes lacking in persona out of the ring. Therein lies the problem why he isn’t held in the same regard as Fury, Groves, Joshua, DeGale, etc in the minds of the British boxing public.

Flanagan – “When I won the world title we made Jorge Linares an offer before he fought Creole. He took less money to fight Anthony Crolla. We were close to making the fight with Linares and then the rematch with Crolla happened. I was always on Frank’s case trying to get big fights, but it didn’t happen for multiple reasons.”

Many would have loved to have seen Flanagan Vs Crolla, a symptom of the Warren/Hearn nonsense.

His opponent Hooker is a good fighter (23 wins, 16 by KO, with 3 draws), although his best performance was against Darleys Perez, 18 months ago which ended in a split draw. Apart from that he hasn’t fought at the level that Flanagan has and may well find himself in deep water early on.

Hooker expects a close, explosive fight on Saturday between the two of them –

Personally I think this will go the distance with Flanagan winning via a UD. He doesn’t carry the power to KO Hooker and Hooker doesn’t have the skill to cut the ring off and stop Flanagan.

Irrespective of who thinks what, this is the main event I feel and is the one fight on the whole card that I am looking forward to the most, the circus can wait for another day.

I wish them both well…