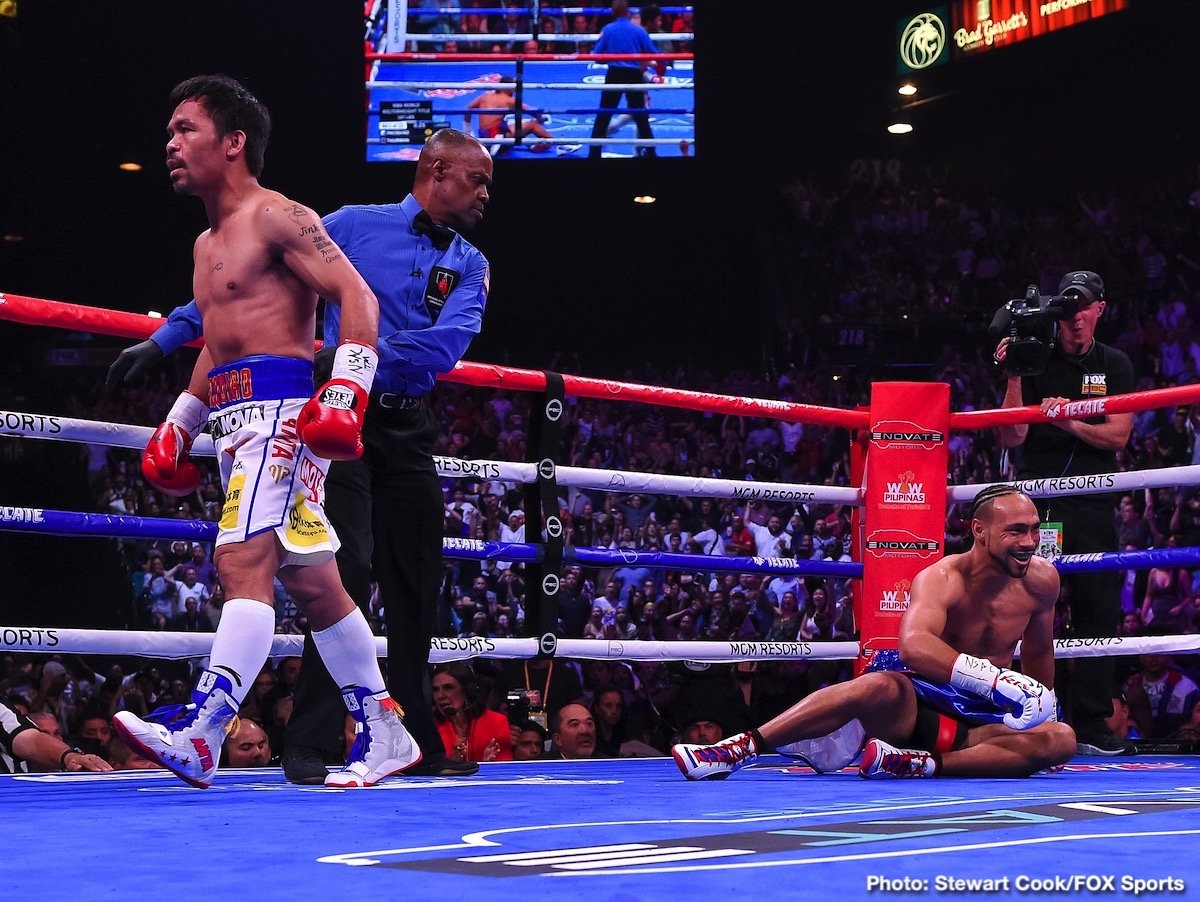 Did all-time great Manny Pacquiao shake up the welterweight division, or did you kind of expect his win over the much younger Keith Thurman? Will Errol Spence beat Shawn Porter in their upcoming September unification and will the fight be a great one? What is the biggest, most attractive fight that can be made at 147 right now?

These are some of the questions the hot, happening and quite unpredictable welterweight division is forcing us to ask right now. Without doubt, THE most exciting, interesting and enticing weight class in the sport today, the welterweight division could potentially throw at us a number of can’t-miss fights over the next few months.

Next up, we have the IBF/WBC unification clash between Spence and Porter, and though most fans think they already know the result – a Spence win, via wide decision – it might not turn out that way. Porter is a tough as Spence is gifted, and the power of determination, not to mention the strength of the mind, can make all manner of things happen in a prize fight. Any prize fight.

Suppose Spence does win, though. What next for “The Truth?” Is a fight between Spence and the quite sublime Terence Crawford still the most demanded showdown at 147? Or might you now prefer to see the winner of Spence and Porter fight the seemingly unstoppable Pacquiao instead?

Whichever way you shake it, there are a good number of fascinating potential match-ups that can and might be made at welterweight. Maybe the heavyweight division can equal the 147 class for best and most mouth-watering match-ups, but it sure is close.

With the welters, the punch output outdoes the bigger men, the chance of a chilling KO is always there, and the sheer skill on display is as special as it needs to be. Look at the current top-10 at 147, and it’s clear there isn’t a poor fight that could be made. Spence, Crawford, Pacquiao and Porter are the top dogs, yet guys like Danny Garcia, Thurman and Yordenis Ugas are very much forces to be reckoned with.