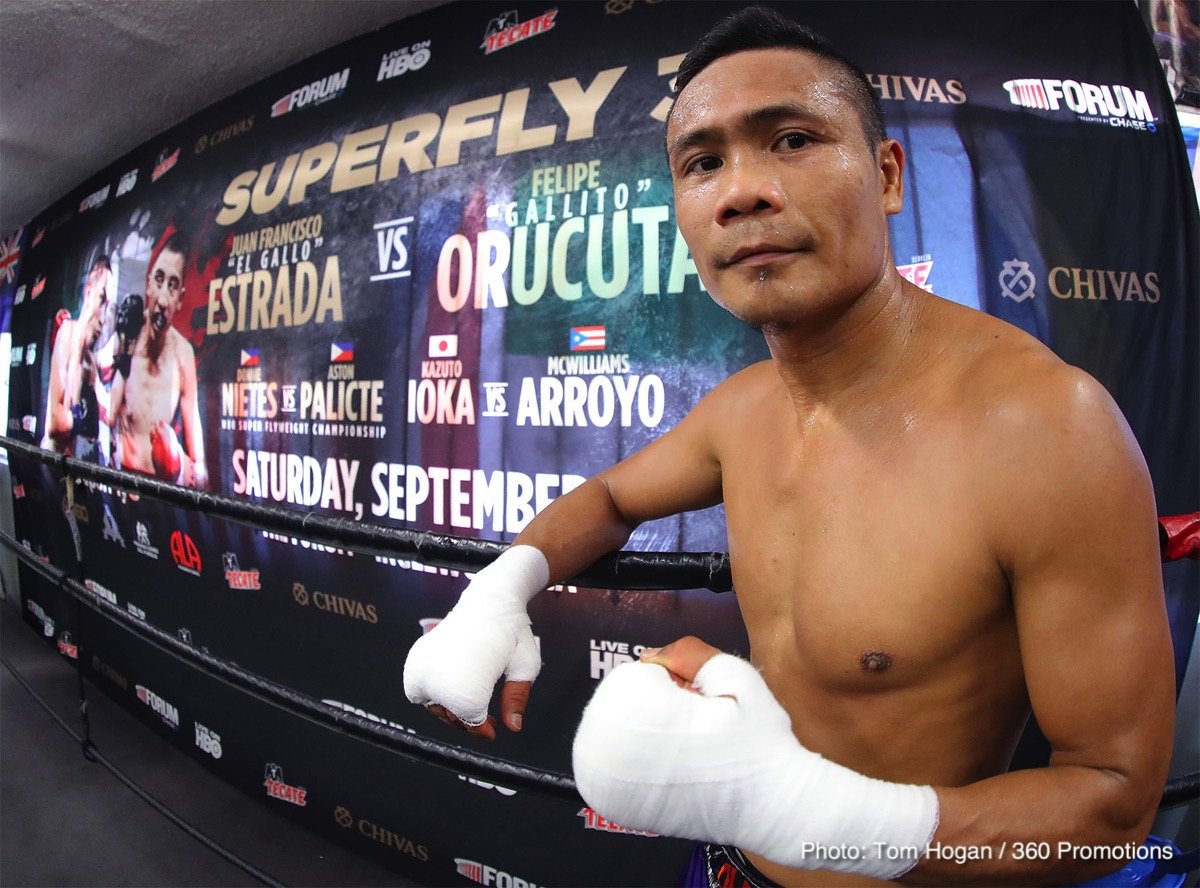 As much of this weekend’s attention will be on the big super featherweight showdown between Carl Frampton and Jamel Herring, former world super flyweight champion Donnie Nietes will be making his long-awaited return.

Nietes will be featured on the Frampton/Herring undercard that will take place at the Caesars Palace Dubai in Dubai, which will be streamed on ESPN+.

Just to bring you up to speed on Nietes.

Donnie “Ahas” Nietes (42-1-5, 22 KO’s) of the Philippines is one of the best Filipino fighters out there today but has been overshadowed by his countrymen Manny Pacquiao and Nonito Donaire.

He is known as a good counter-puncher with a tight defense. He first won the vacant WBO World Minimumweight title when he defeated Pornsawan Propramook by unanimous decision in 2007.

Nietes made four title defenses of that title before moving up to the light flyweight division. Nietes then won the WBO World Light Flyweight title against Ramon Hirales of Mexico by unanimous decision in 2011. 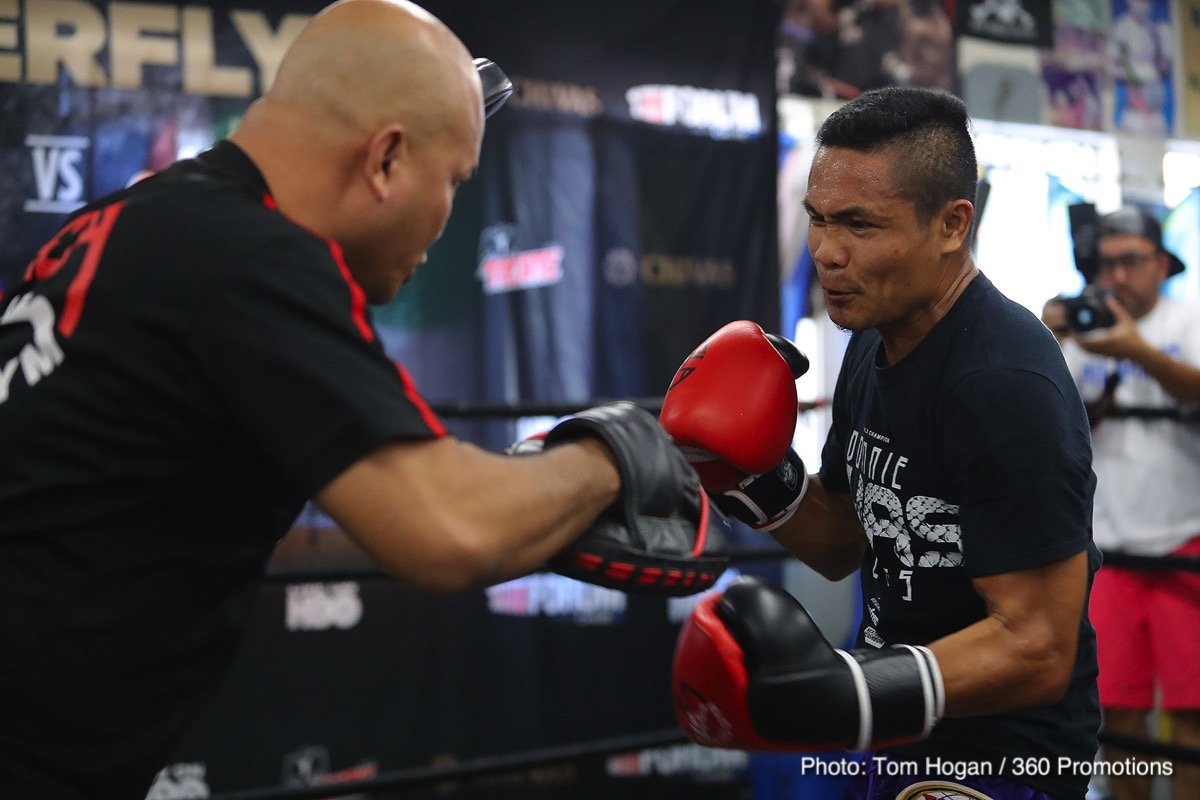 Nietes made nine title defenses in a title reign that spanned for five years. When he made his fourth title defense by knocking out Moises Fuentes in the ninth round, he also acquired the Ring Magazine belt.

Nietes has won titles in four different weight classes and has fought world-level fighters for about ten years. In addition, to his world title wins, he has quality wins over the following opponents: Francisco Rodriguez Jr., Moises Fuentes, Raul Garcia, Edgar Sosa, and Juan Carlos Reveco.

Looking back at his career, Nietes only lost once back in 2004 to Andy Angkotta by split decision. That was 17 years ago, and Nietes has not lost a fight since then. These are fine accomplishments by Nietes.

You would think Nietes should be one of the top fighters in the super flyweight division today, but he is not in the top ten. The reason for this is due to inactivity. Instead of capitalizing on one of his defining wins over Kazuto Ioka in 2018, he vacated the WBO World Super Flyweight title in 2019, and we have not heard from him until now.

Nietes is back and looking to get back in the top of the super flyweight division. His opponent on Saturday will be Pablo Carrillo (25-7-1, 16 KO’s) of Colombia. Nietes should win this fight, but Carrillo will serve as a good comeback opponent for Nietes due to his long layoff. 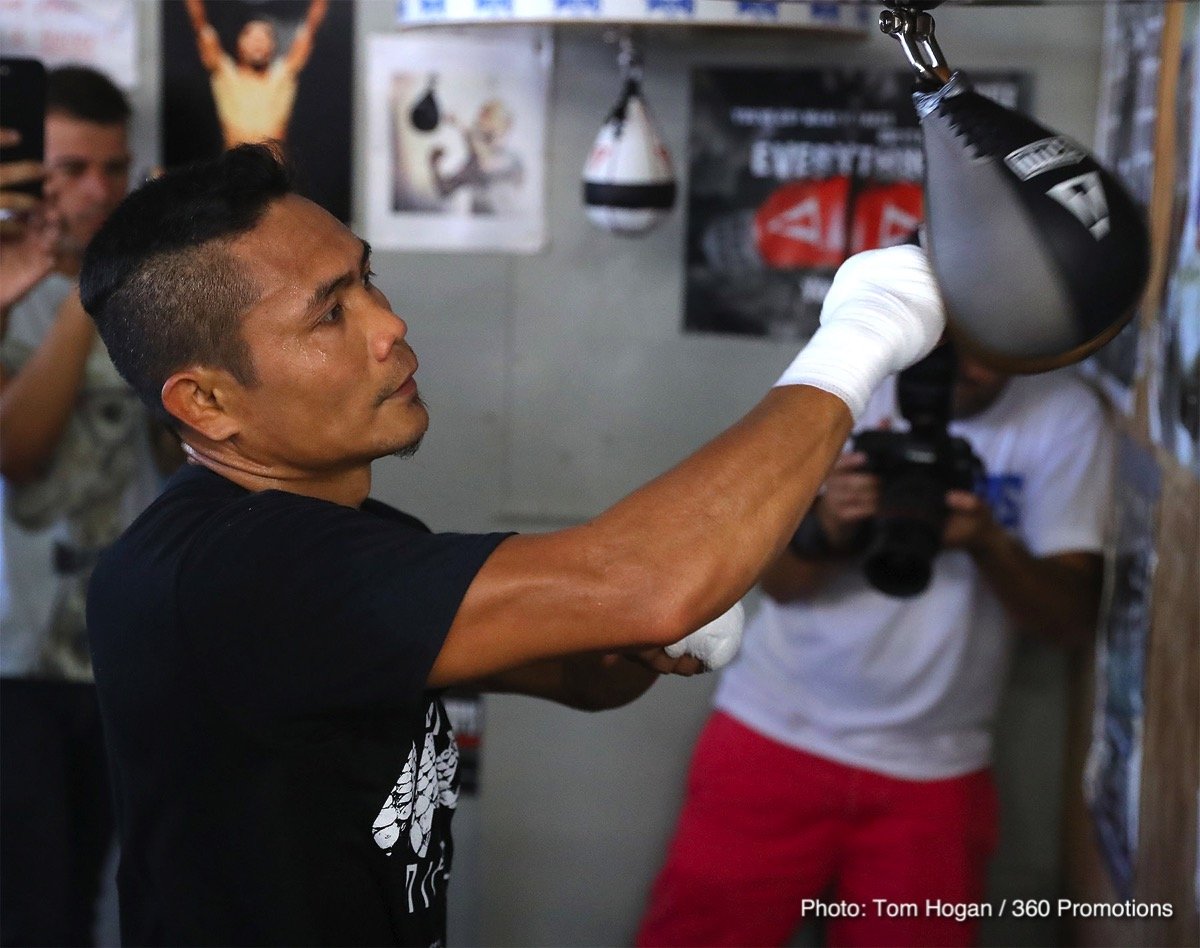 Nietes is now at the age of 38, and you have to think he does not have much time left in the sport. Right now, the super flyweight division is on fire. Fighters like Juan Francisco Estrada, Roman “Chocolatito” Gonzalez, Srisaket Sor Rungvisai, Jerwin Ancajas, and Kazuto Ioka are ruling the division. If Nietes gets back in the win column, it would be more exciting to see Nietes in the mix with those fighters.