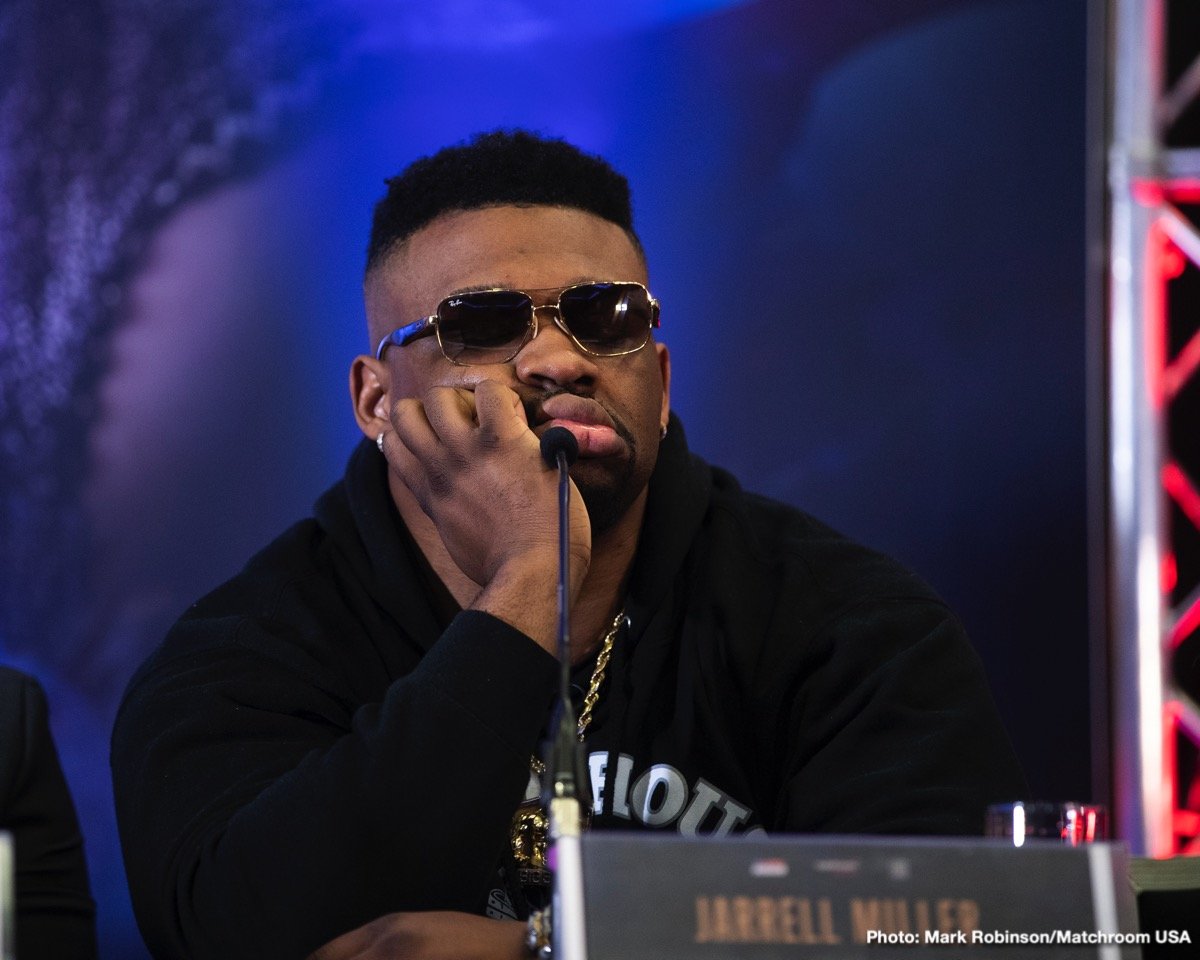 As fans have no doubt heard by now, heavyweight contender Jarrell Miller has failed a drugs test ahead of his scheduled June 1 challenge of WBA/WBO/IBF heavyweight champ Anthony Joshua. While Miller may be headed for a great fall – not only is he facing the possibility of losing the June fight but also an enormous amount of credibility and trust from the paying public – fans are more concerned with the overall state of the beloved heavyweight division. And what a terrible state it really does seem to be in.

In terms of the seemingly endless stream of big name after big name failing a drugs test is concerned, this has been getting progressively worse for some time now. Fans have long since grown weary of hearing how one big name after another has flunked a drugs test due to having taken one banned substance or another, and it does seem it’s the heavyweights who have been the main offenders (Luis Ortiz, Alexander Povetkin, Shannon Briggs, Lucas Browne, Dillian Whyte, Manuel Charr, Tony Thompson, Tyson and Hughie Fury and others having their good name put in doubt due to accusations of taking illegal stuff).

And now we have Miller, AKA “Big Baby” adding his name to the ever-growing list. The irony of how Miller has been mouthing off and accusing AJ of having taken PEDS is quite something.

With the best seldom fighting the best at heavyweight, what with all three rival champions further out of reach from one another than ever due to them fighting on separate networks and platforms, with crass behaviour from athletes who should know better becoming more and more the norm, and with constant scuffles and shoving matches taking place at press conferences and weigh-ins, it’s easy to see why many fans, perhaps older fans who remember the glory days of the 1970s, feel the premiere weight class of their cherished sport has lost a great deal of its dignity and respect.

Fans will always tune into watch the big fights, but it cannot be denied how the heavyweight division is in trouble; falling apart even. Can it ever be fixed, and if so, how? Don’t these guys, Miller and the like, realise they are doing long-term damage not only to the sport but to themselves? Do they truly even care?

Perhaps not, and this is the biggest part of the problem.

As for Joshua, he surely cannot go ahead with the Miller fight now. Lose, and AJ will rightfully feel he was beaten by a man who benefited from some illegal assistance. Eddie Hearn had better be looking for a late replacement challenger if he really wants to keep that June 1 date alive. What a shame.