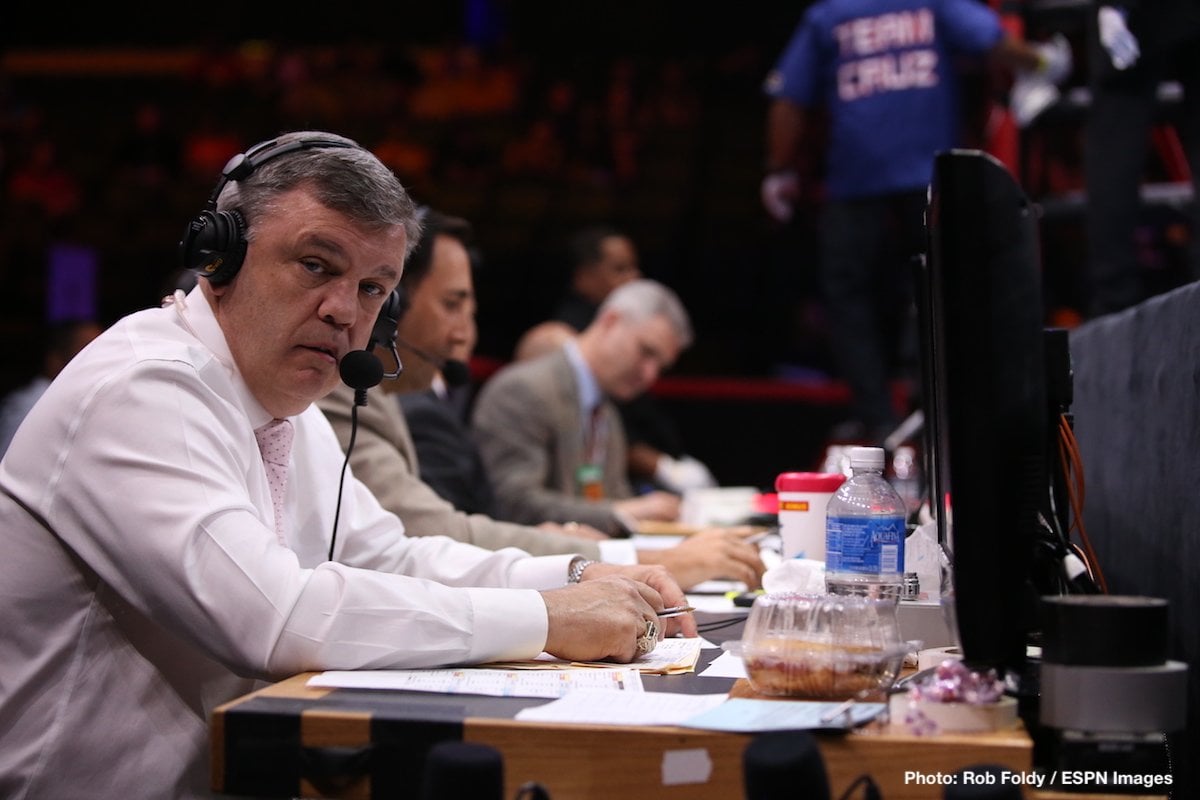 Commentator/trainer Teddy Atlas has decided to go back to what he loves best of all: training fighters. ESPN.com has reported how Atlas will work with unbeaten light-heavyweight Oleksandr Gvozdyk in the lead-up to the 15-0(12) contender’s shot at reigning WBC 175 pound king Adonis Stevenson, set for December 1st.

As passionate as he is about boxing – a sport Teddy truly loves – Atlas said it was a pretty tough decision to make, deciding whether or not he was “emotionally ready” to train a fighter again. Not only that, but Atlas spoke of the physical side, the strain of putting in such hard work.

“I had to ask myself, ‘Am I ready to do this again? Are you emotionally ready to do this again? I’ve been training fighters since I was a kid, since I was 21 years old training Wilfred Benitez. That took me a couple of weeks to decide,” Teddy explained. “It’s not something to decide on in a couple of days. And after all these years training fighters, your neck hurts, your shoulder, the back.”

Atlas last worked with a fighter when he trained former two-weight champ Timothy Bradley, and the partnership was reasonably successful. Of course, Atlas – who has worked with everyone from Benitez to Mike Tyson – has forgotten more about boxing than many people will ever know. 31 year old Gvozdyk will not have too much time with Atlas before the big fight with “Superman” Stevenson, what with the fight just under two-and-a-half months away, and it remains to be seen if this amount of time will be enough for the Ukrainian to be able to beat the long-reigning WBC champ.

This is the biggest fight of Gvozdyk’s career by a long shot, and though he has decent enough wins over the likes of Isaac Chilemba and Craig Baker to his name, “The Nail,” as Gvozdyk is known, will enter the ring in Quebec as a considerable underdog.

Can Atlas bring out the best in Gvozdyk, and vice-versa?