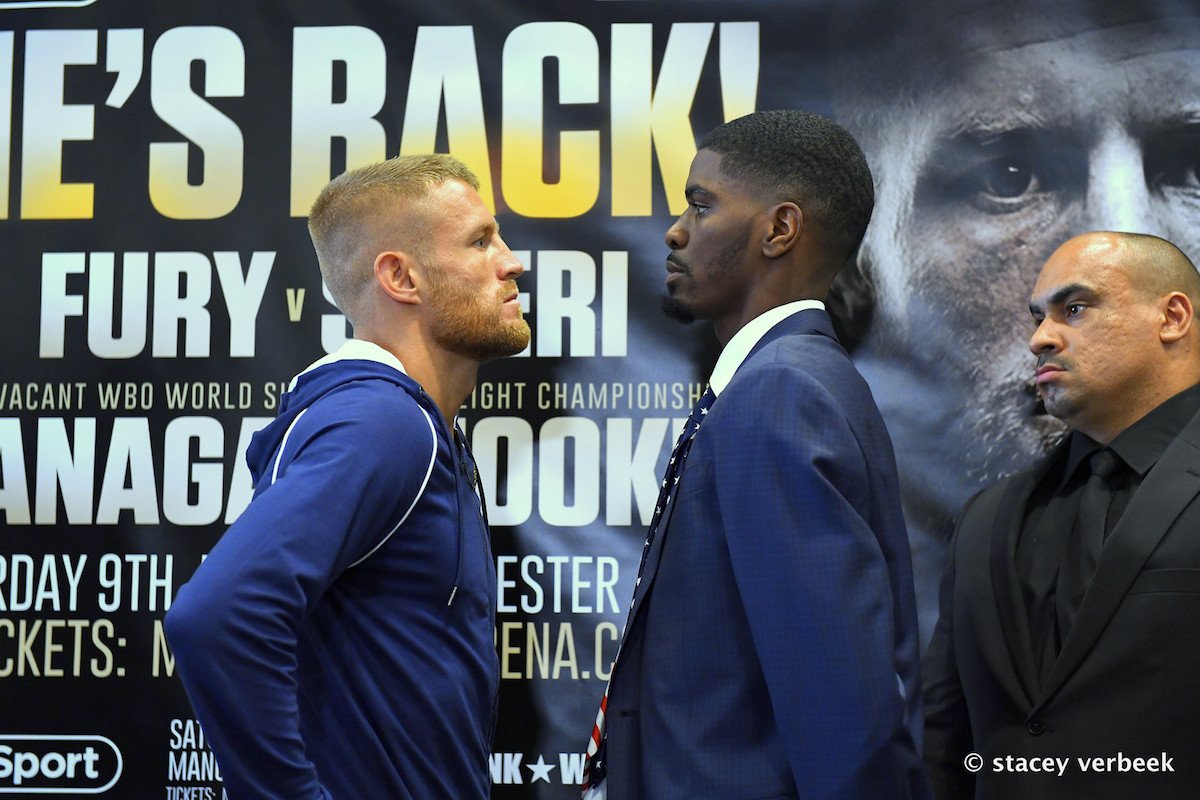 Live coverage for the Frank Warren-promoted event will be provided by BT Sport with U.K. sportscasters John Rawling providing the blow-by-blow and Richie Woodhall the analysis. Boxing broadcaster Ray Flores and analyst Chris Mannix will deliver pre and post-fight analysis from STAPLES Center in Los Angeles for the SHOWTIME Sports audience.

Here’s what Flanagan and Hooker had to say on Thursday:

“Of course he believes in himself, like the last few Americans that have come over. He’s just another American I’m going to add to the list.”

“I’m more than ready. I know what he’s going to bring, and I’m prepared for the best Maurice Hooker. … I think I need to step up now and show people what I’m about.”

(On moving up a weight class) “It’s five pounds, it’s nothing. I’m plenty big enough to move up again. I’m 5-foot-10. I’m big, I’m strong, I’m ready for this weight. This is my natural weight. … I’ll get a title at this weight and then see what happens from there.”

“There’s nothing he can do now or that I can do now to change how the fight is going to go. It’s all about getting in there and being 100 percent switched on ready, and we’re going to have a fight Saturday night.”

“I love being the underdog – I’ve been the underdog my whole life, and look where I’m at now. I’m ready to fight Saturday, and Terry’s ready to fight. I’m going to punch him in the mouth, and I hope he punches me back – if not, he’s in trouble.”

“We’re going to put on a good show come Saturday night. He’s in good shape, and I’m in good shape. We can go 12 rounds real hard, or it might be an early night for Terry.”

“I’m back now and better than ever. I’m ready to show the whole world who I am. Before that fight with Darleys Perez, everybody was scared to fight me. I’m still that monster, I’m still that dog. Come Saturday night, I’m going to punch him in the mouth and I might knock him out in the first round.”

“Come Saturday night, I pray for him, because I mean business when I get in that ring.”

“It’s my best against his best. We’ve got a fight Saturday night, so don’t blink.”