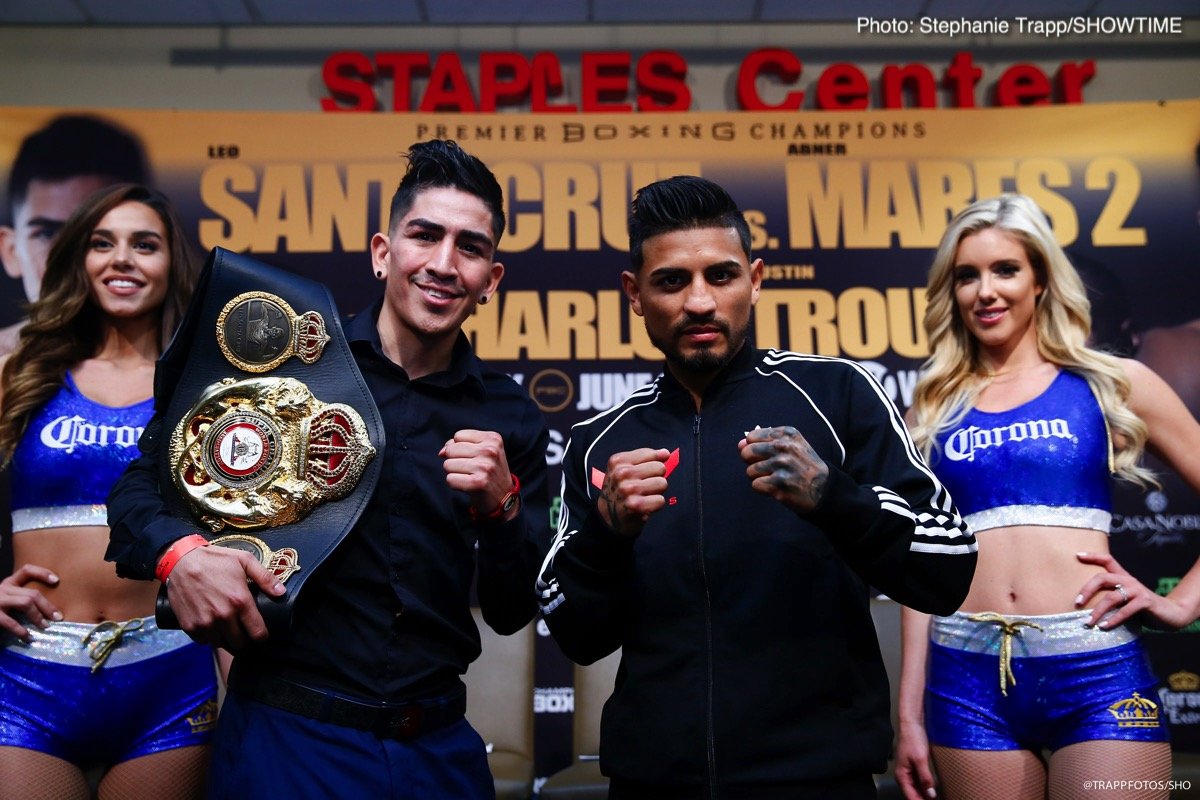 Also squaring-off at the final press conference were super welterweight world champion Jermell Charlo and former world champion Austin Trout, who step into the ring on the SHOWTIME CHAMPIONSHIP BOXING telecast that begins at 10 p.m. ET/PT (delayed in the West Coast).

Here is what the press conference participants had to say Thursday from the Chick Hearn Press Room at STAPLES Center in Los Angeles:

“The first fight was a really good one, but I think this one will be even better. Mares is a great fighter with a great trainer in Robert Garcia, and that’s the kind of challenge I want. We both want to give the fans great fights.

“I’ve learned a lot from my last few fights. I’m not coming in here worried about losing, I just worry about giving the fans a great show. If Mares is better than me that night, then he will win. But I’ve worked too hard and I’m going to be at my peak on Saturday night.

“I think that Mares has gotten a lot better. Robert Garcia is a trainer who has brought him up to a different level. He’s made a lot of improvements. I learned from the Frampton fights and my dad is a good trainer too. It’s even all the way around and it’s going to be a great fight.

“I think the winner of this fight will be number one in this division. Gary Russell Jr. is a great fighter and I definitely want a rematch of our amateur fight. But me and Abner put a lot of pressure on our opponents and I don’t think Gary would like the pressure from either of us.

“My team motivates me every day in the gym. They’re right next to me running every day towards the same goal. That’s what I love about training camp because it makes me work even harder.”

“This is going to be an exciting fight. I know Leo has matured as an athlete and fighter by fighting Frampton twice. But if you look at my last couple of performances, they speak for themselves. I think both of us are seasoned and better fighters right now.

“Our focus isn’t on looking for a stoppage. That was my mistake the first fight. I tried to destroy him. I’m going to follow instructions and show I’m the better fighter in there.

“If I win Saturday night, and the fight is just as exciting as the first one, I’m ready for a trilogy. Let’s make it happen.

“I’m going to fight my heart out and win this fight this time. May the best man win. We’re going to give the fans what they want to see. I’m calling this ‘Fight of the Year’ guaranteed.”

“Now all there is left to do is wait for fight night. The work up to this point has been done and it has been done well. We are ready to do what needs to be done when the time comes.

“Usually at this point ahead of a fight the biggest feat is to make weight but he had no problem there. Leo was on target weight about a month ago so it’s not something we’re worried about at this point. He’s eating good and maintaining weight well and feeling really strong for this fight.

“Leo is in incredible shape and I am confident he will win on Saturday. I’m sure Abner and his team are going to bring their best and we’re bringing our best too, but on fight night there will only be two who will clash. We’re ready for war.”

“Just the fact that Abner is in my training camp and we communicate so well, it’s given me a lot of confidence. Everyone has done a great job doing their part in camp and I believe we’ve worked on all the tools we need to defeat Leo Santa Cruz.

“Leo is a great fighter but Abner knows he can win this fight. The confidence he’s gained, and how much more seasoned Abner looks since joining my camp, should translate to a strong performance Saturday.

“This has been a really smooth training camp and that’s exactly what Abner needed. We’re primed for a big victory.”

“These four guys up here have been on SHOWTIME a combined 41 times. That’s a lot and it doesn’t happen by accident. The reason it happens is because these fighters embody everything we want SHOWTIME Boxing to be about. They have some of the strongest resumes in the sport. None of these guys have ever shied away from taking a tough fight. They don’t come with excuses, they want the best and biggest fights. We’ ae proud to have all four of them on SHOWTIME.

“Right now we have a matchup between two of the biggest stars and faces of Southern California boxing. The featherweight division has seen top five fighters on SHOWTIME already this year-This is a rematch between two more of the top 5. In the first fight, they threw a combined 2,000 punches, which I would bet will be matched again on Saturday.

“Austin Trout has been in there with the biggest and best stars in the sport of boxing. But Jermell has quite a bit of momentum. He has four consecutive stoppages, which is very impressive at the championship level. As everyone has said this is another main event quality matchup and I look forward to seeing it on Saturday night 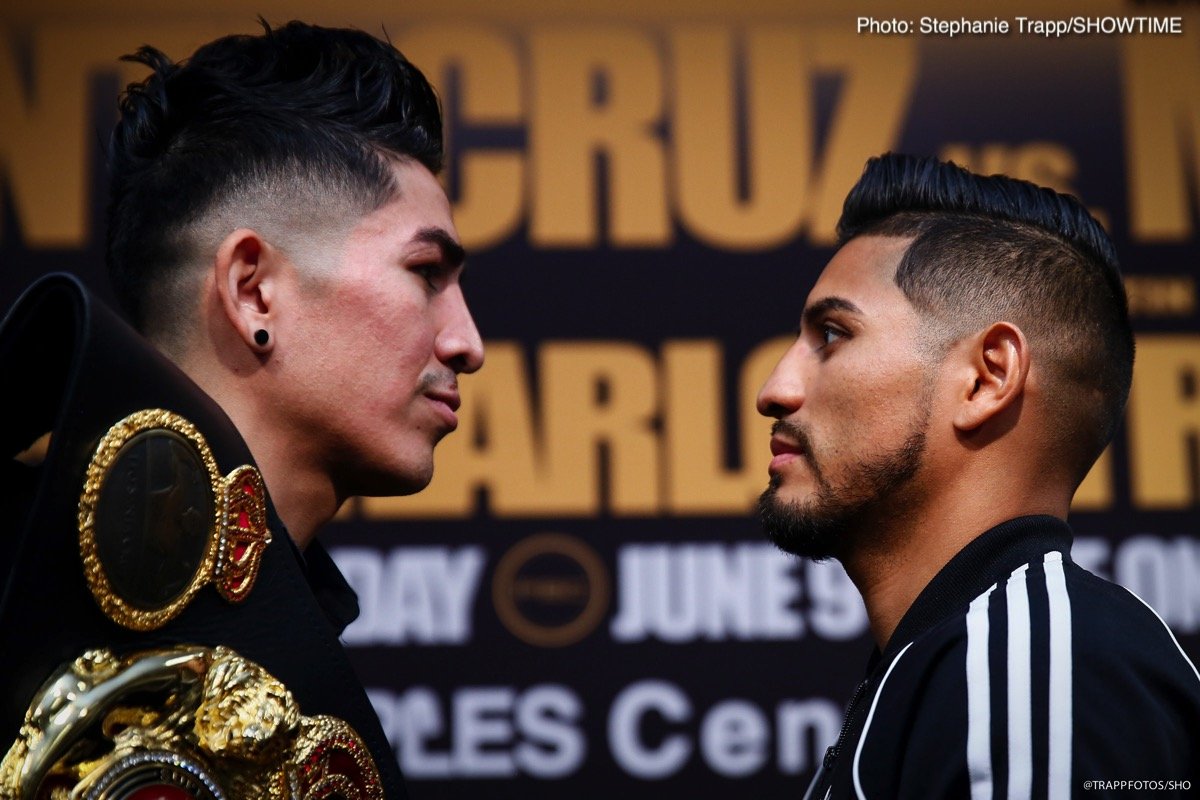 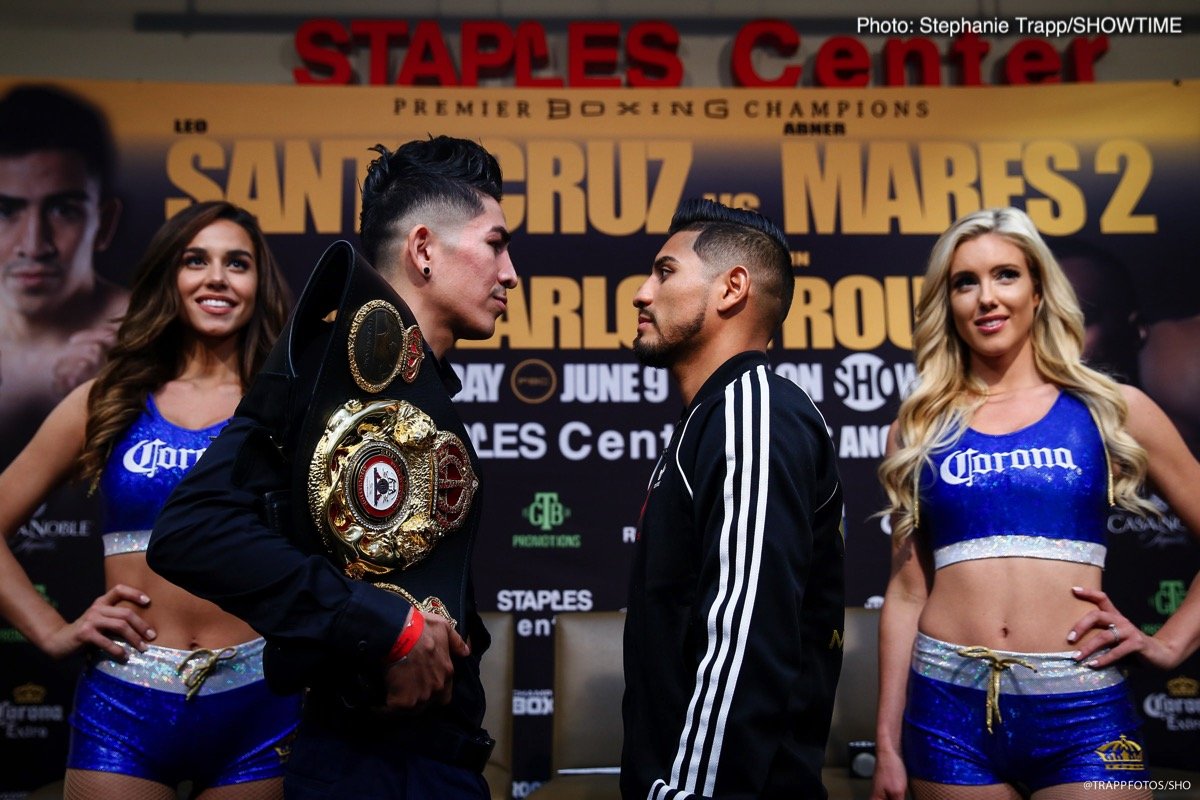 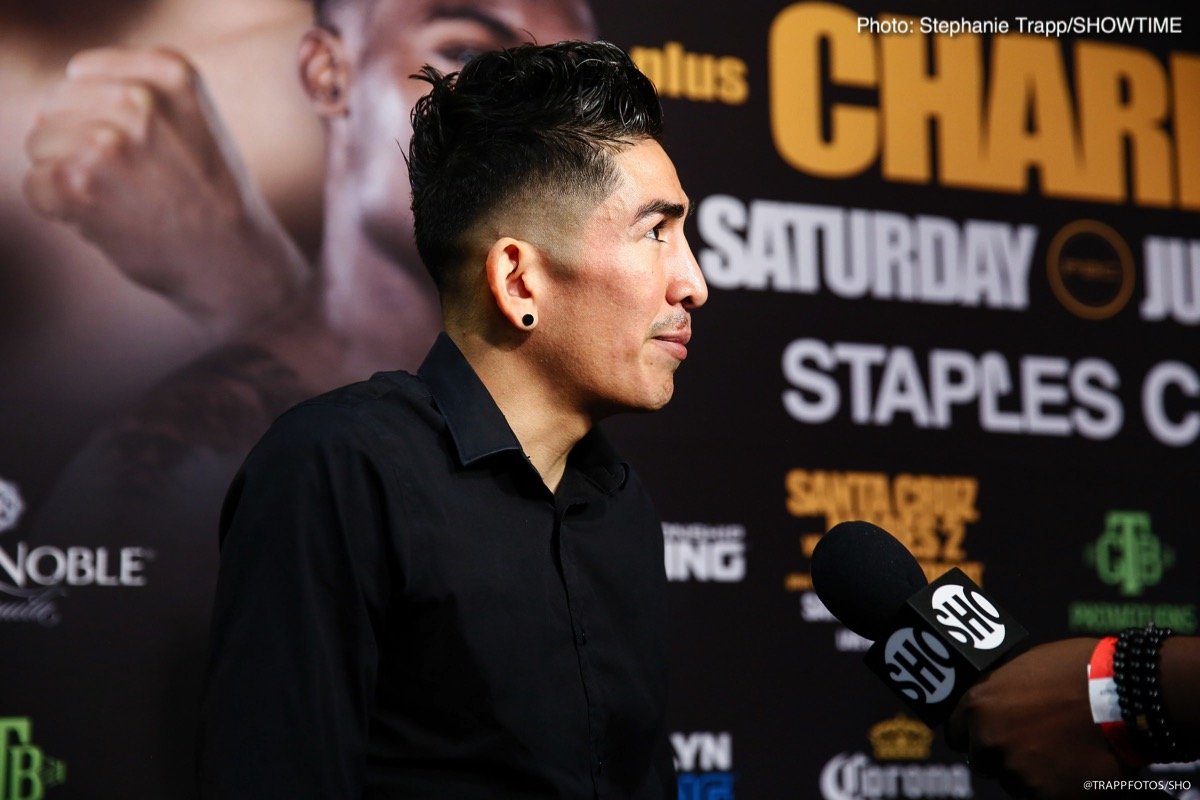 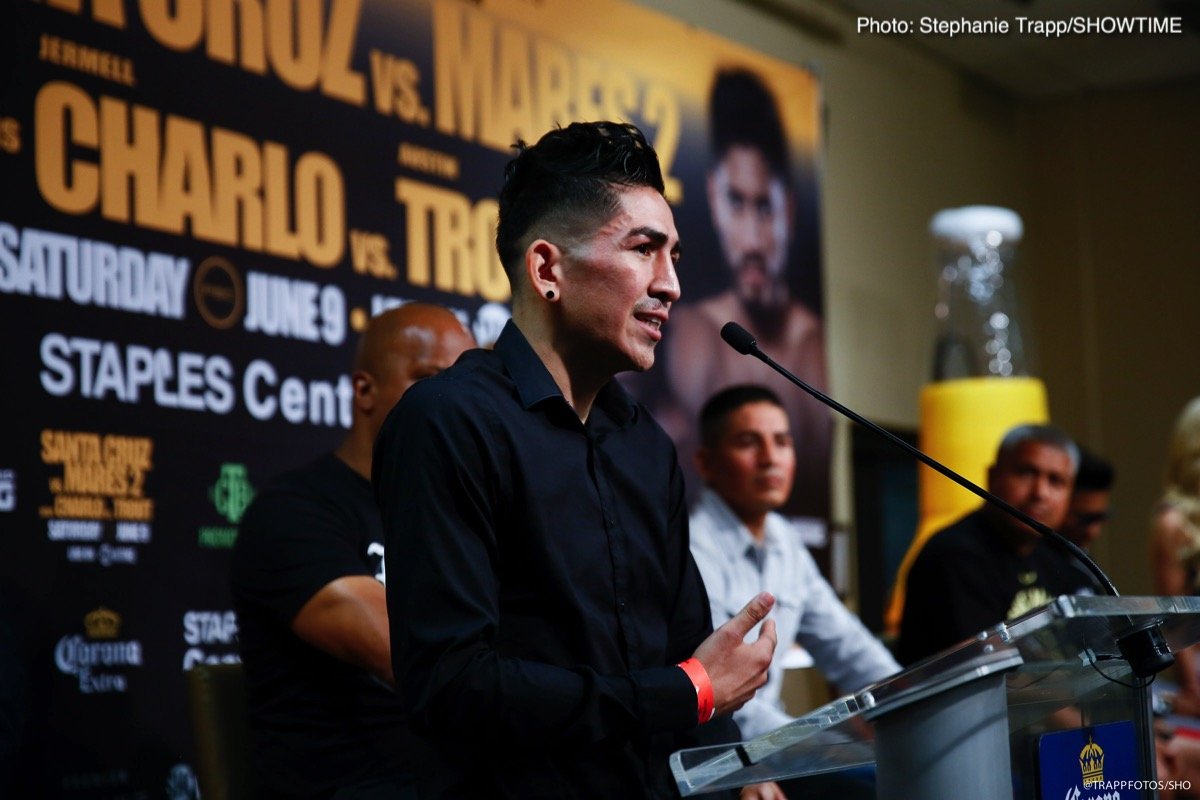 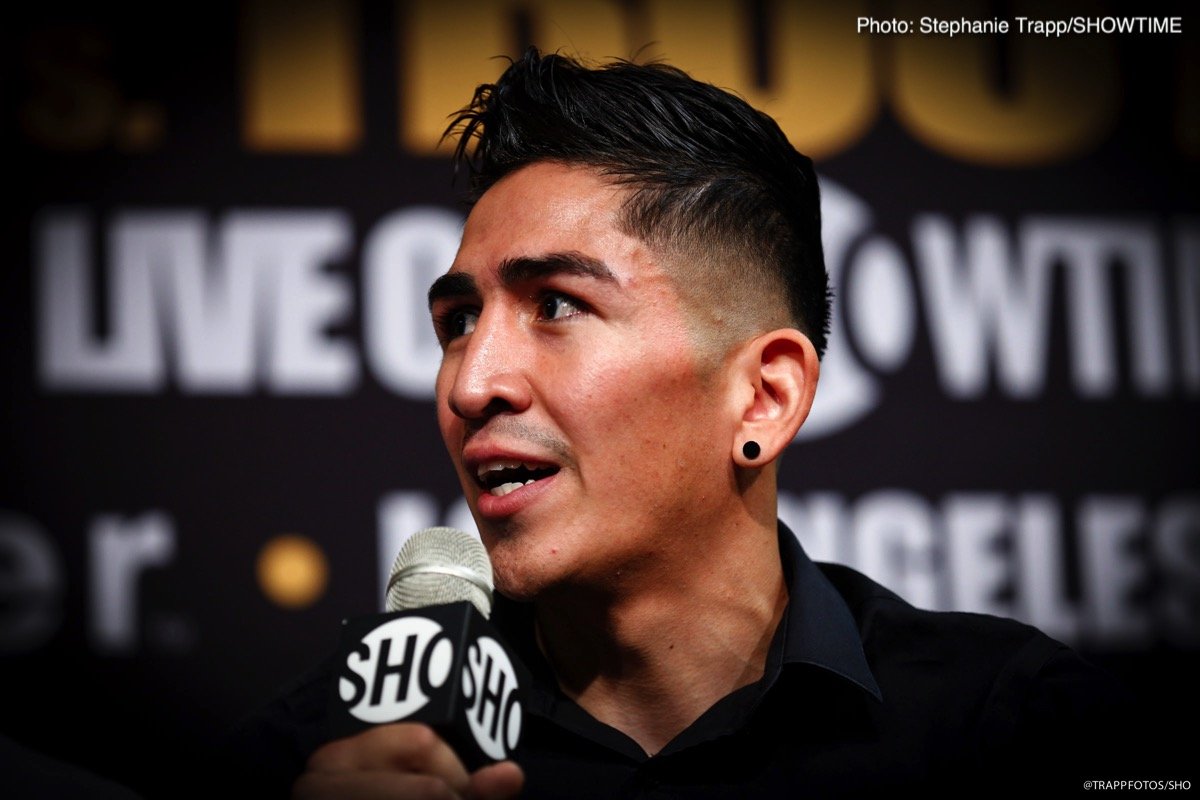 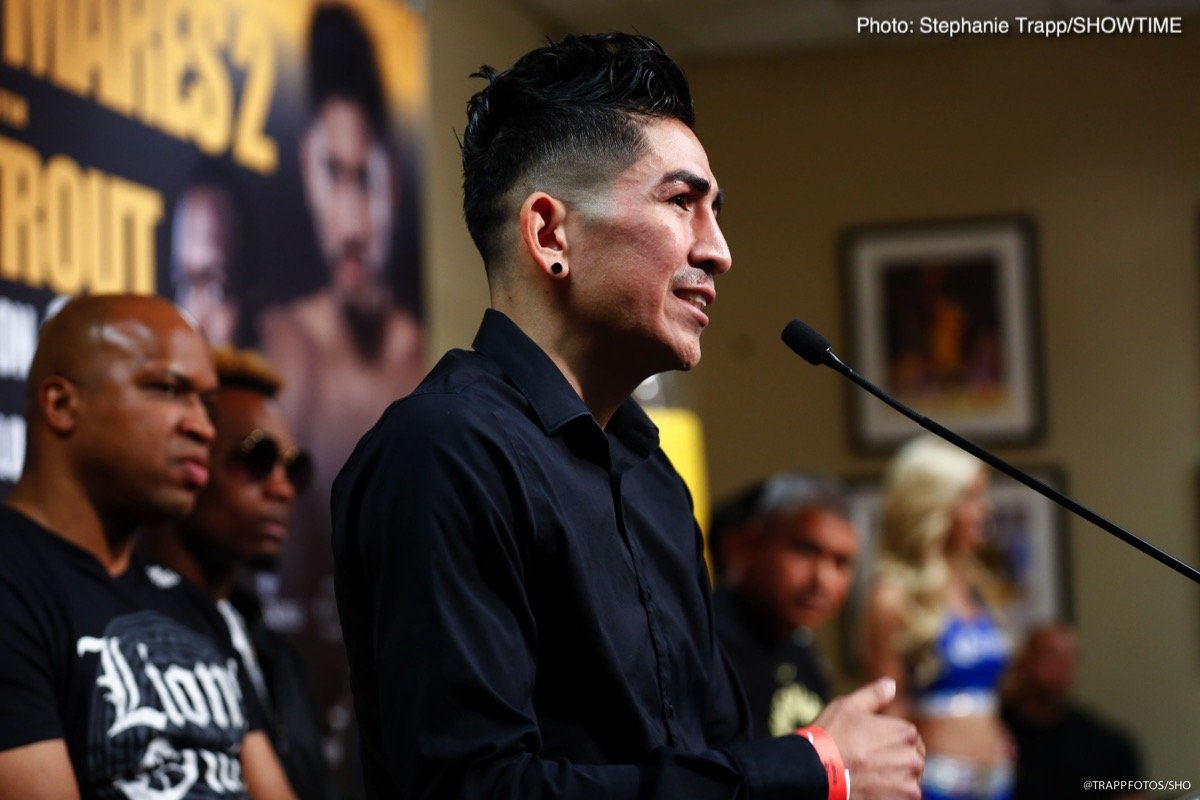 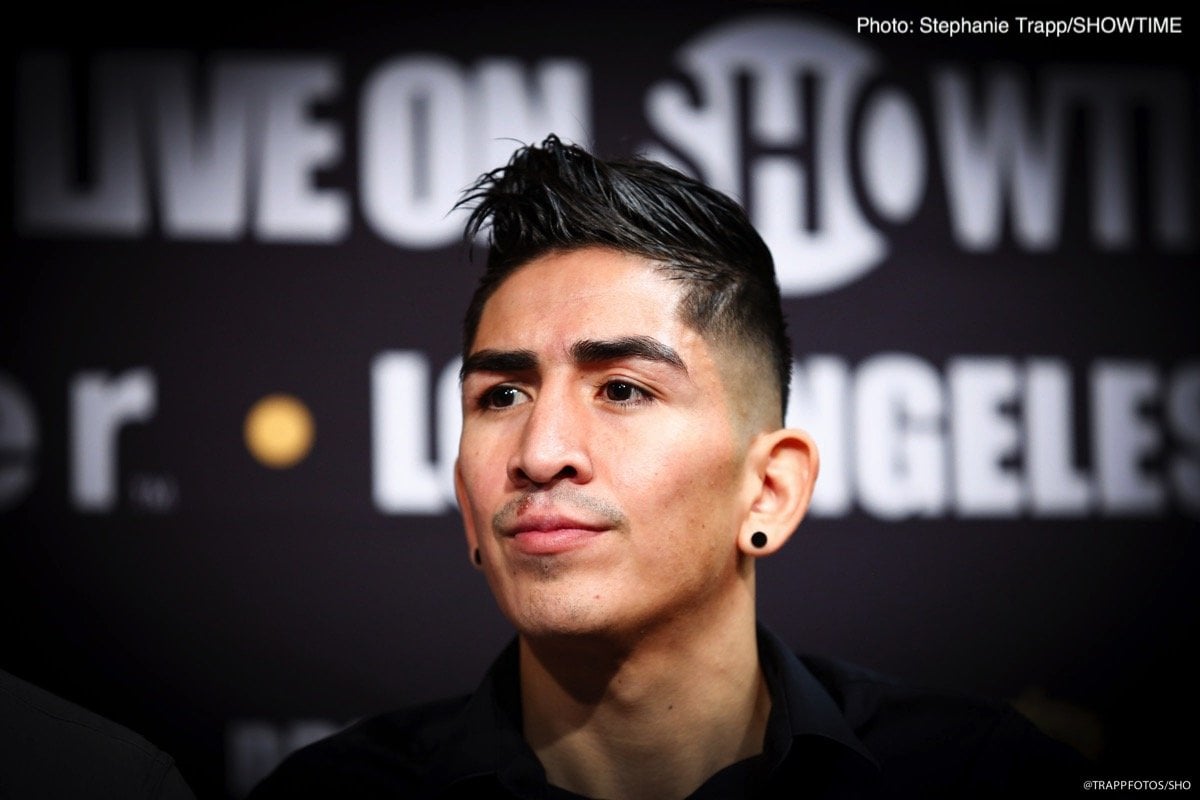 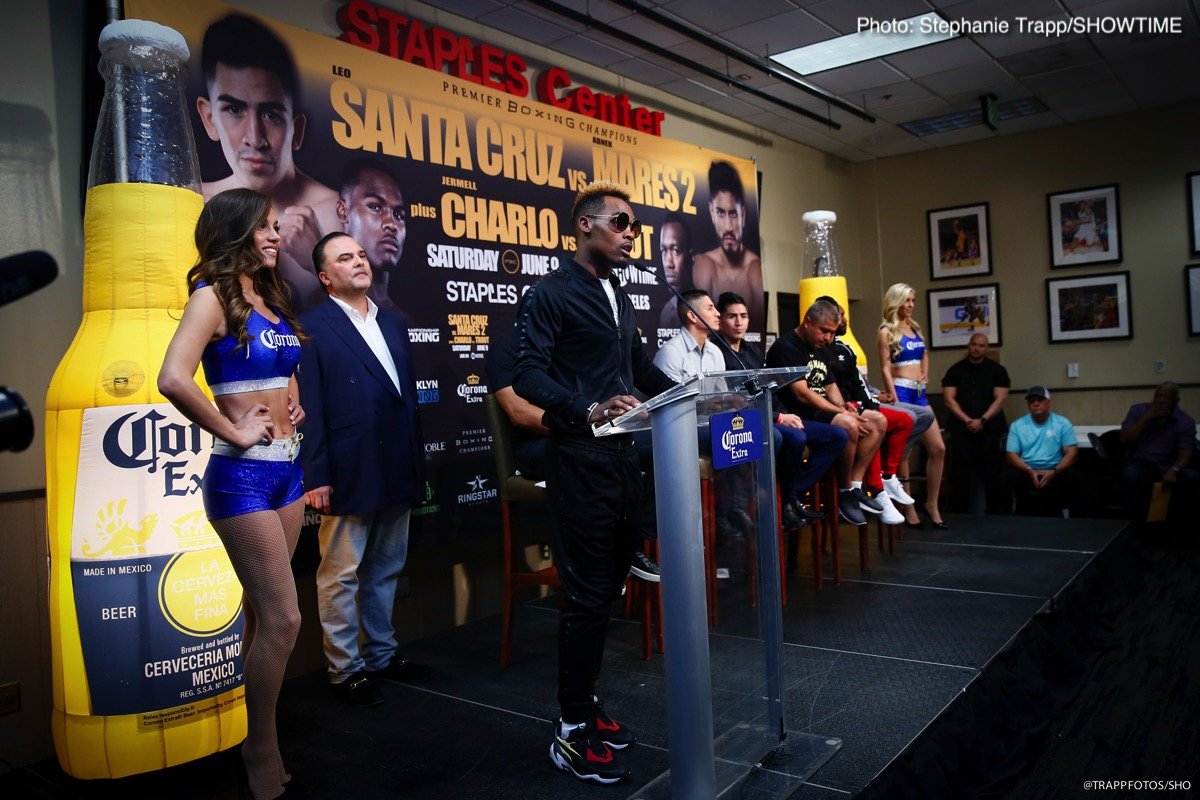 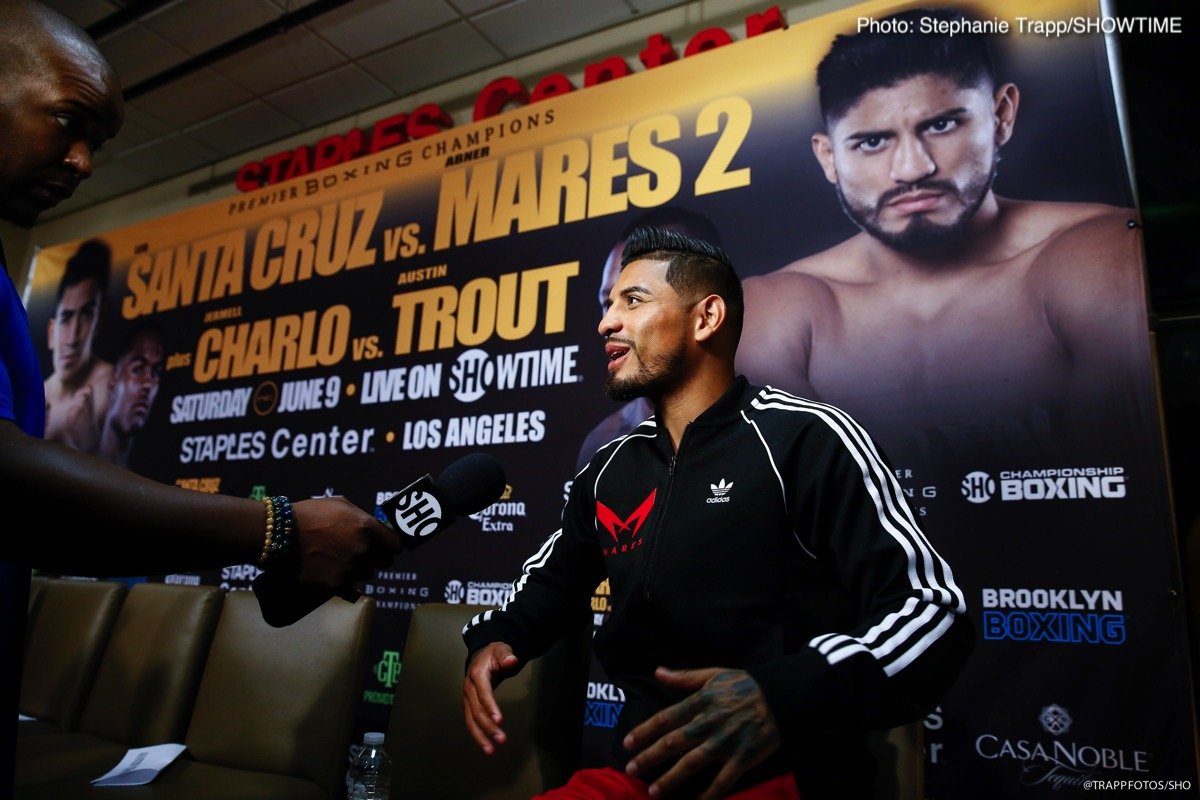 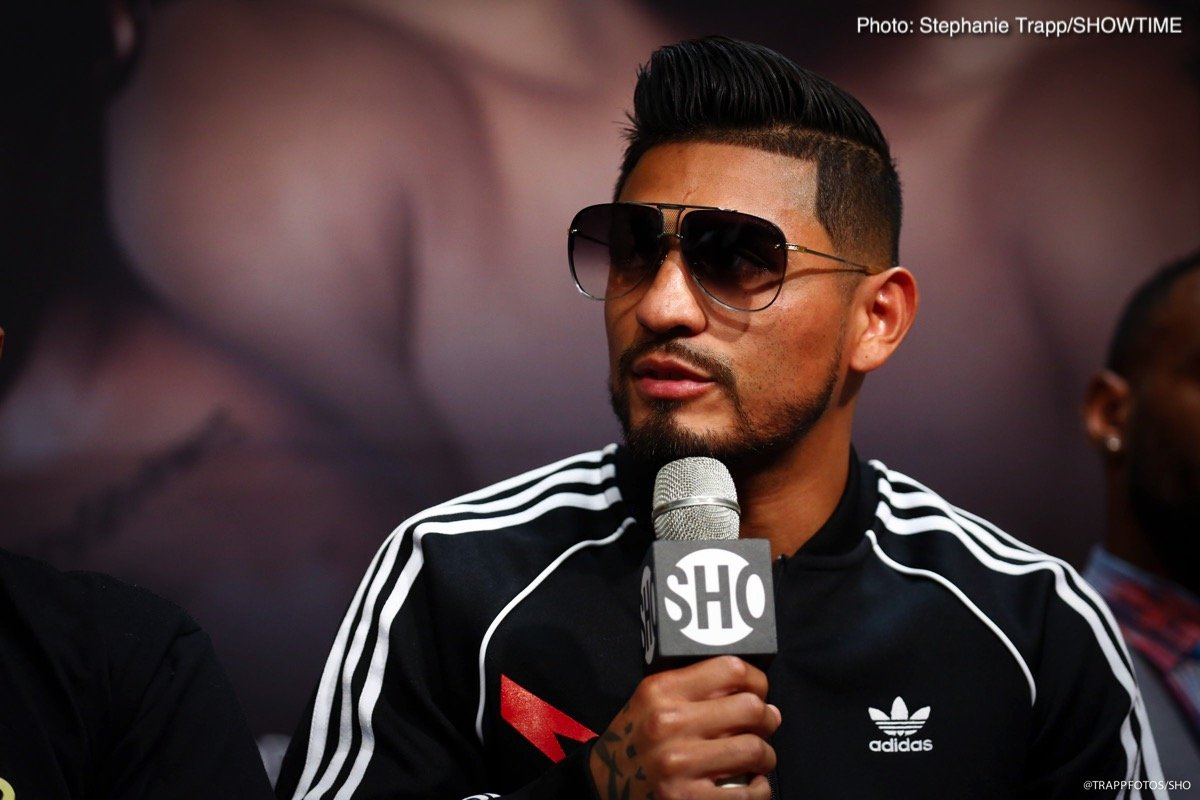 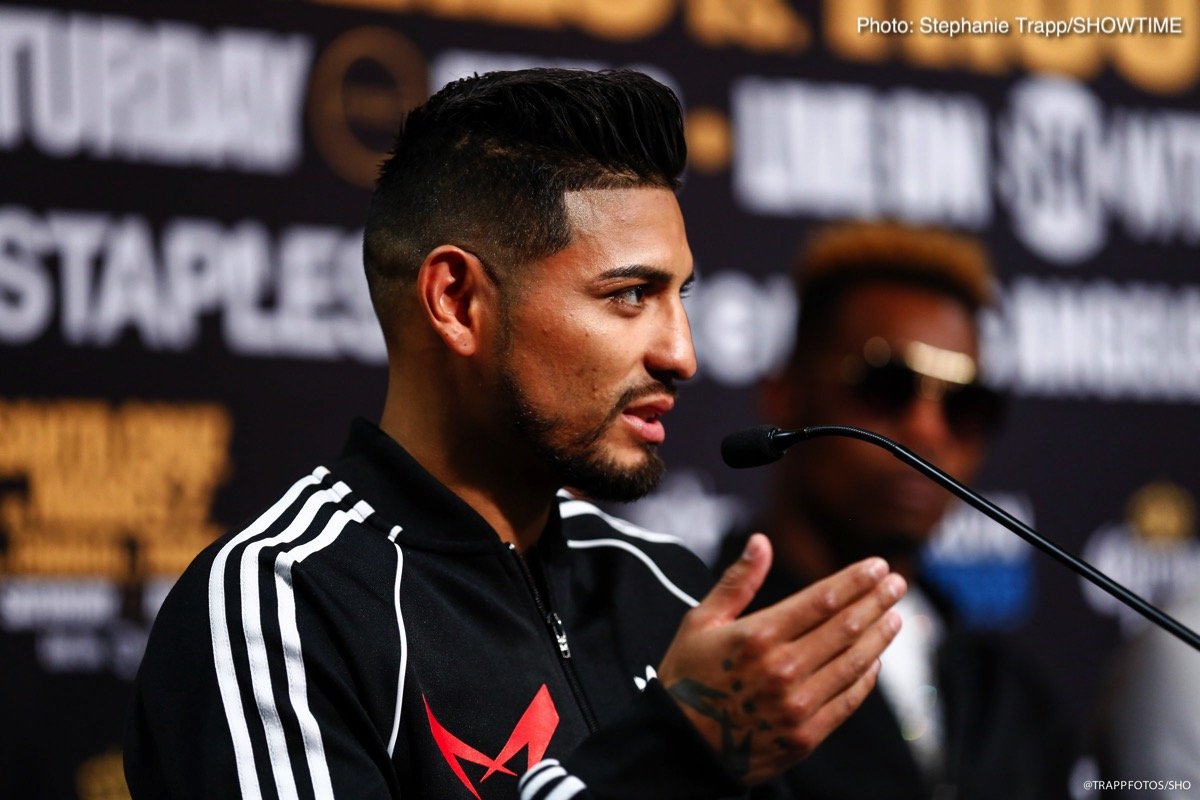