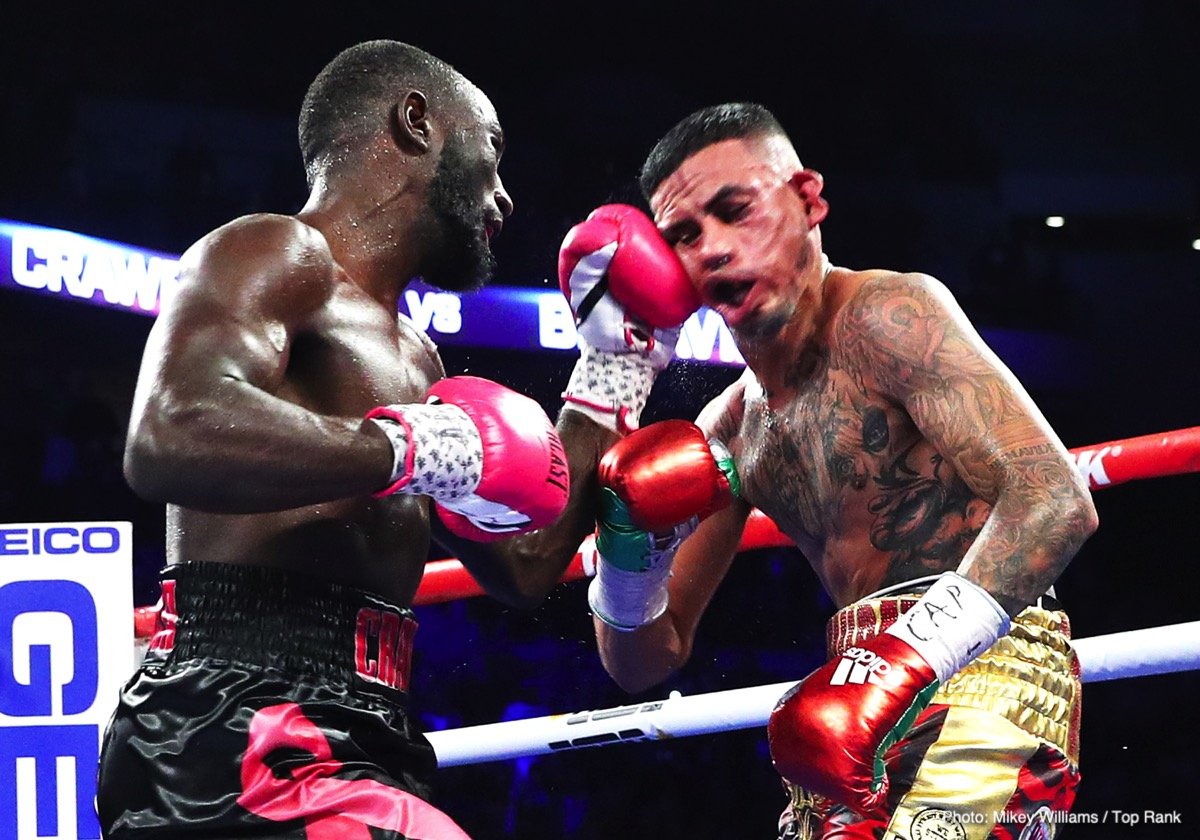 WBO welterweight champ Terence Crawford has a pretty big fight with British challenger Amir Khan to attend to on April 20th in New York, but “Bud” is, it seems, constantly being asked about another fight: one between himself and IBF welterweight ruler Errol Spence. Very high on the wish-list of fans, a Crawford/Spence fight needs to happen and Crawford says it will.

Speaking briefly with TMZ Sports, the unbeaten pound-for-pounder made it clear he definitely wants to fight Spence:

“I want the fight. Let me just say that right now,” Crawford said flatly. “Just to show the world I’m the best welterweight in the division. I feel confident matching up with anybody. I can box, I can bang, I can switch, I can punch, I’m not slow.”

The fact that Crawford can indeed do all the things he said is why the idea of this particular match-up is so hugely interesting and exciting; because Spence is just as good, just as multi-talented as Crawford is. It really is a tough, tough task picking a firm winner between these two, and predicting how he emerges with the victory. For every hundred fans you can find who pick Spence to win this unification showdown, you can find another hundred picking Crawford to prevail. This one is (or will be) the best versus the best.

Khan says that Crawford, if he is looking past him to a Spence fight, is making a big mistake. Maybe so, but everyone is thinking about a Spence/Crawford fight. In fact, aside from a couple of massive heavyweight fights fans crave seeing – Deontay Wilder against Anthony Joshua and Tyson Fury against A.J – it’s highly probable a Crawford/Spence match-up is the most sought after fight in all of boxing right now. It seems both men really do want the fight to happen so let’s hope the respective promoters can thrash out a deal.

This one would go a long, long way towards making 2019 a special year for boxing.