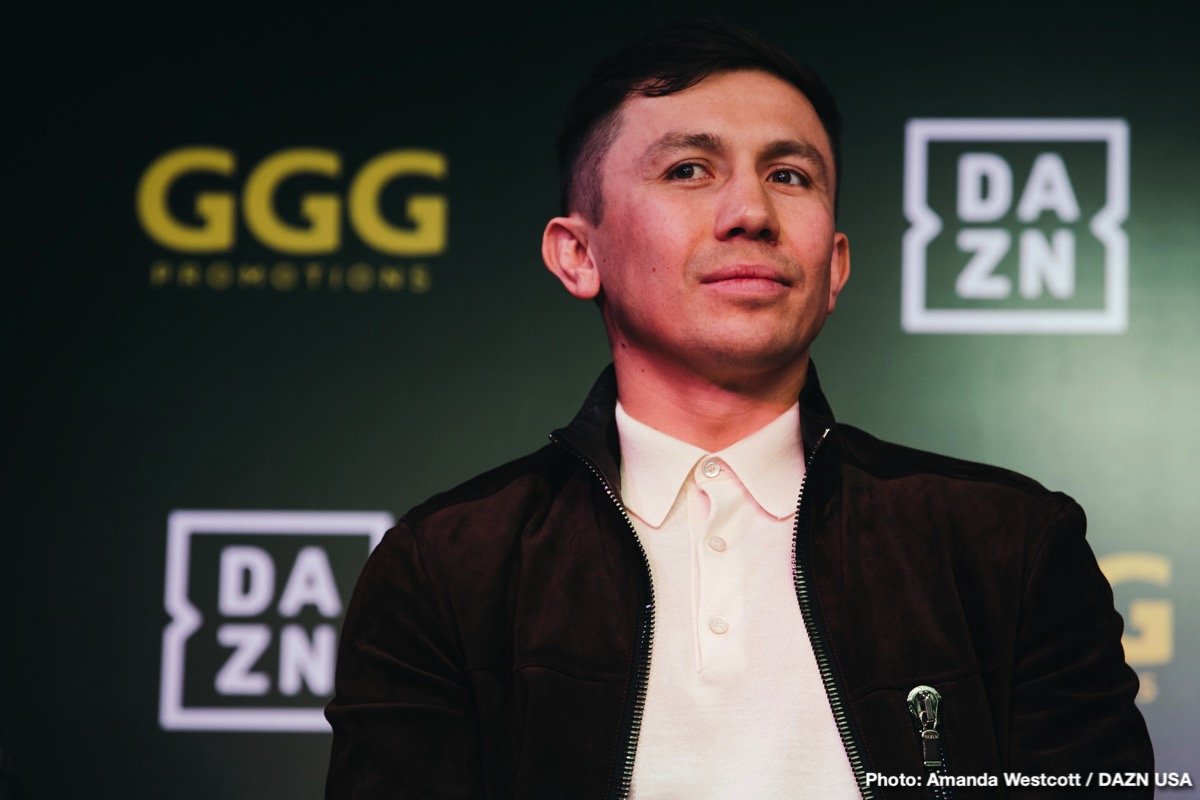 Former world middleweight king Gennady Golovkin will end the longest inactive spell of his pro career (nine months without a fight) when, on June 8th, he will box the first of his six-fight deal with DAZN. World Boxing News broke the story and a number of boxing web sites have ran with it. The venue is yet to be confirmed (though New York is apparently the favourite as of right now) – but the most important news, who the man in the opposite corner will be, has been announced: GGG will face recent ‘Contender’ winner, Brandon Adams.

This is, in truth, a mismatch, on paper at least. Adams, 21-2(13) will be taking one huge, huge step up in class, and even though Triple-G will turn 37 before too long, the former champ will almost certainly have way too much for Adams. Hey, it’s Golovkin’s first fight of a new and highly lucrative deal, and the big plan is for GGG to fight fellow DAZN fighter Canelo Alvarez soon, perhaps as soon as September of this year. You can go ahead and call the Adams fight a big-stage warm-up for Golovkin.

Of course Adams, who has beaten guys like Sugar Shane Mosley Jr. and has lost to common opponent Willie Monroe Jr, will be pumped up like crazy for this, a massive opportunity, and who knows, maybe with his slick skills he can make a rusty Golovkin work hard and maybe even lose a couple of rounds. The thinking is, though, that once he finds his groove and is sufficiently into the fight, GGG will take Adams out.

The aforementioned Canelo was afforded a relative gimme in his first fight on DAZN, so we should not be too surprised that Golovkin has been also. In any case, it will be good to see Golovkin – for many fans still the best 160 pound fighter on the planet, a man who has never been truly or decisively beaten – back in action. That second fight with Canelo really does seem a long time ago now.