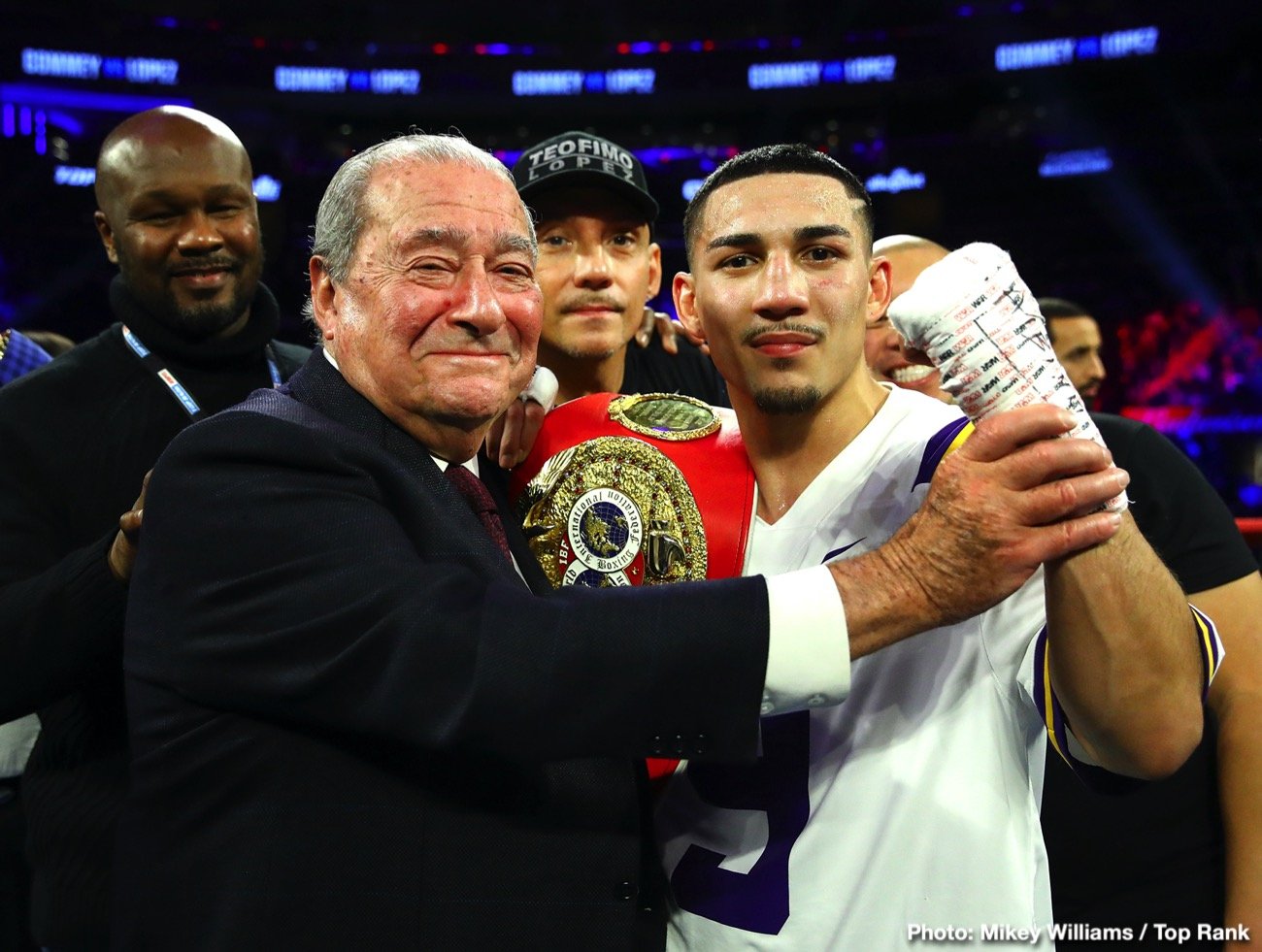 Bob Arum says the Vasyl Lomachenko Vs. Teofimo Lopez lightweight unification clash set for Las Vegas on October 17 is “the best fight that we could make in boxing,” and plenty of people agree with the Top Rank boss. Arum goes further, stating how the fight has all the ingredients needed to become a “modern boxing classic.” Again, Arum is not alone in such thinking.

There are belts on the line, there is legacy at stake – for Lomachenko especially, Lopez, as young as he is, could come again if he was defeated – and there is no small amount of bad blood. Lopez, 15-0(12) has said more than once that he just doesn’t like Lomachenko, referring to him as, amongst other things, a “diva.” Lomachenko, who is not used to being disrespected, has said he will make Lopez “eat his words, and my punches.”

It’s all boiling up perfectly for a perfect storm in Las Vegas a little over a month from now. But who wins? Lopez argues how 32 year old Lomachenko, 14-1(10) has shown signs of age, of wear and tear, of how the hard training camps and the vast number of amateur fights Loma has had have caught up with him. Also, as he explained when speaking with ESPN’s First Take, Lopez feels he is by far the stronger man at 135 pounds. Lopez has vowed to both “put damage” to Lomachenko, and force him to drop back down in weight after the October fight.

“I bring the fight to you and I look for the fight. Not only that, but I’m a big lightweight and this guy, he’s been off at 130, 126, and I’ma make sure that come October 17 we’re gonna bring him back down to 130,” Lopez said. “I’m a big 135 pounder. I mean, I could be fighting at 140 right now, but you know, I’m very comfortable at the weight. I’m not even in my prime yet. This guy, he’s already on his way out and it’s showing. Your body can only take so much, so much damage, and I guarantee you we’re gonna put some damage to this man.”

Lopez, who is as fired up as can be imagined for this fight, has said he has had the best training camp of his career for Lomachenko. Will youth, aggression and size and physical strength prove the deciding factors in this fight, or will Lomachenko, he of the “High-Tech” skills and sheer brilliance, take yet another opponent to school? No-one will want to arrive late for this one.

Lomachenko-Lopez could indeed be The Fight of The Year, 2020.