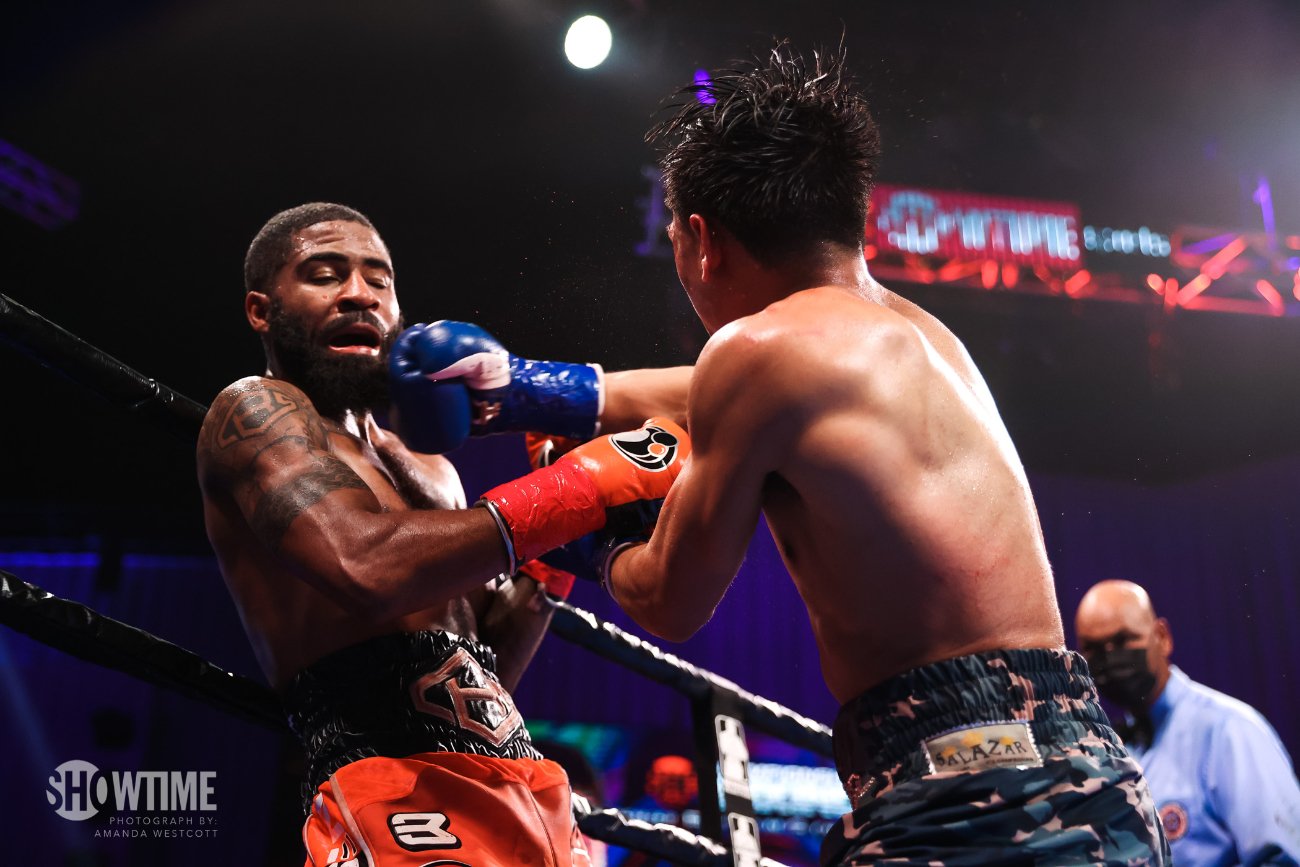 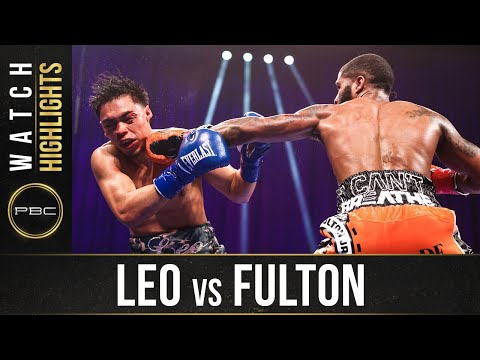 Fulton (19-0, 8 KOs) turned in a masterful performance as he bested Albuquerque, New Mexico’s unbeaten world champion Leo (20-1, 9 KOs) to end Philadelphia’s world title drought. With his win over Leo, the 26-year-old Fulton has now toppled eight undefeated fighters in his young professional career. The ringside judges scored the fight 119-109, 119-109 and 118-110.

“It feels good,” said Fulton following the biggest win of his professional career. “I told you that I would engage more in this fight. I boxed a little but I engaged more to show him that I’m better than him at what he does best. I’m used to dealing with fighting inside the gym, inside the ring. Everyone I’ve fought tried to bully me. This time I did to them what they try to do to me. And I got the job done.” 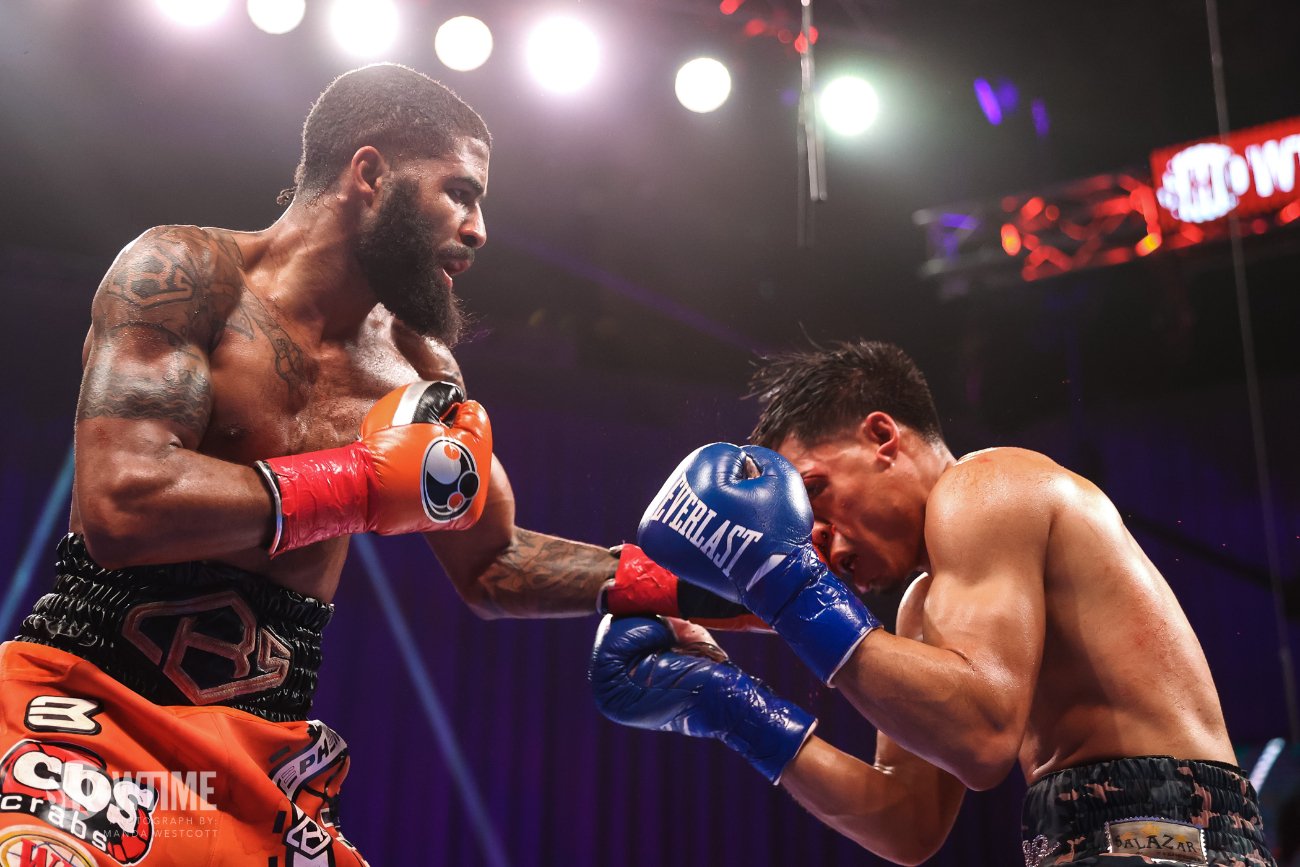 An accidental clash of heads in the opening round opened a cut over the left eye of Leo but it ultimately did not play much of a role in the fight. The two fighters combined to throw 1,993 punches throughout the back-and-forth 12-round fight which was fought largely at close range in the middle of the ring. Fulton threw 913 power punches which ranks third all time in the junior featherweight division’s rich history.

Fulton added, “I wore him down by attacking his body and pushing him back. I had to change the whole narrative, push him back and dropping those uppercuts in. That’s how I got the job done. From like the fifth round, that’s when I knew I was going to take off. I never got tired from engaging.

“After a year off, I feel I did a good job but I could be a lot better, a lot sharper. I want Luis Nery, Brandon Figueroa. I want all the champions. I want to be undisputed.”

In the co-main event, Ra’eese Aleem (18-0, 12 KOs) handed Victor Pasillas (15-1, 8 KOs) his first professional loss with an impressive 11th-round technical knockout. Aleem, 30, entered the fight ranked in the top-10 by the WBA and IBF at 122 pounds and captured the vacant interim WBA world super bantamweight title with his win over Pasillas. It was the seventh straight stoppage victory for the Michigan native, who now lives and trains out of Las Vegas, and hopes to get a world title shot in 2021. 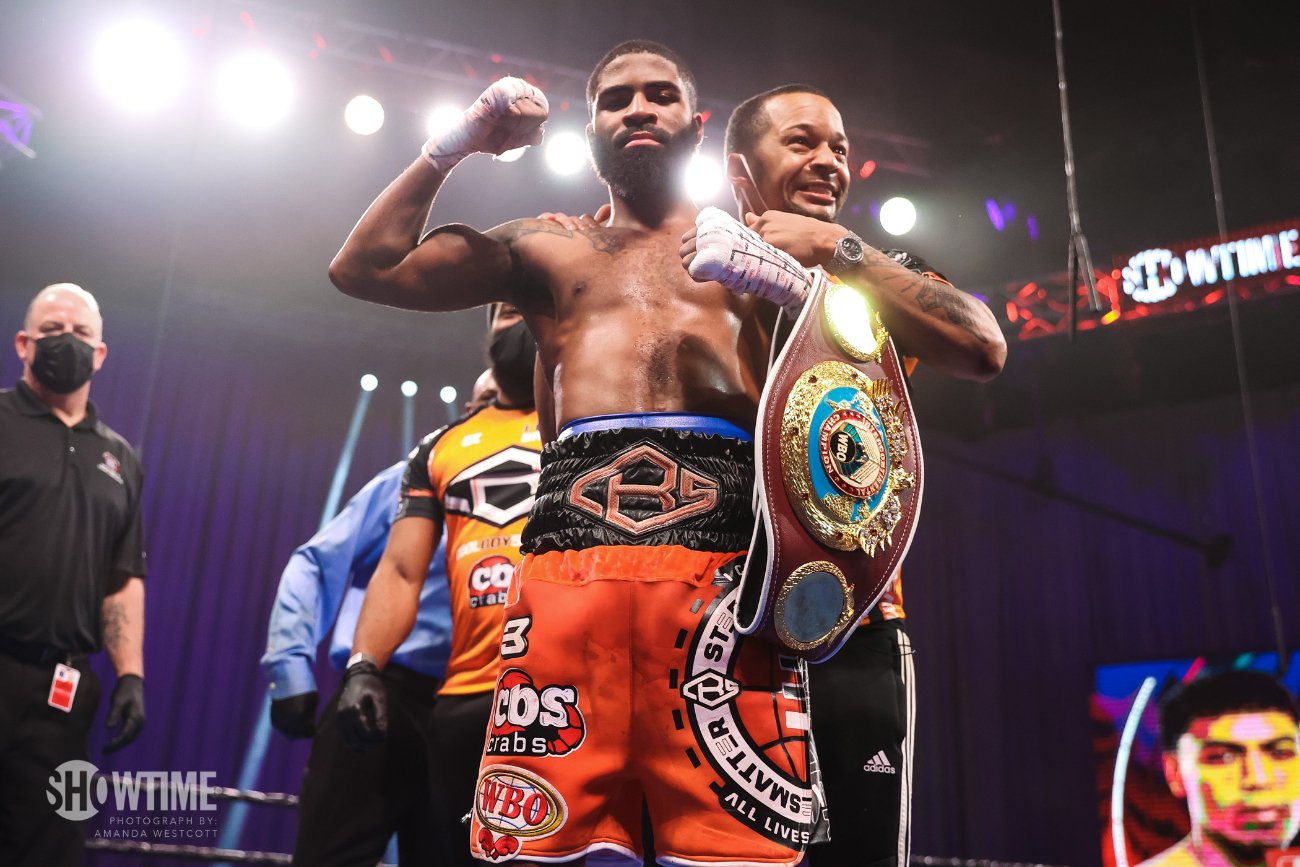 Only down twice in his career prior to this fight, Aleem sent Pasillas to the canvas four times en route to the stoppage in the penultimate round. The two fighters combined to throw 1,212 punches throughout the fight with Aleem outlanding Pasillas 185 to 143. Aleem controlled the pace throughout the fight with an onslaught of body shots (64) which totaled 34% of his total punches landed.

“I was dominant,” said Aleem. “I wanted to put an exclamation point with this performance. It feels absolutely amazing. It just confirms what I knew in my head, that I have elite power. He’s one of the top fighters in the division so to knock him out, it means I’m a true threat.

“I think a lot of people were sleeping on me and my power. I wasn’t surprised that I stopped him, I didn’t think he’d be able to go the distance with me. I think a lot of the fighters in this division should really be on notice.

“It doesn’t matter who I fight next. I’m ready to fight any world champion. Whether it’s Fulton or if Murodjon Akhmadaliev wants to come out of hiding. Any current world champion that’s willing to fight, I’m ready. I’ve got the pen, send the contract.” 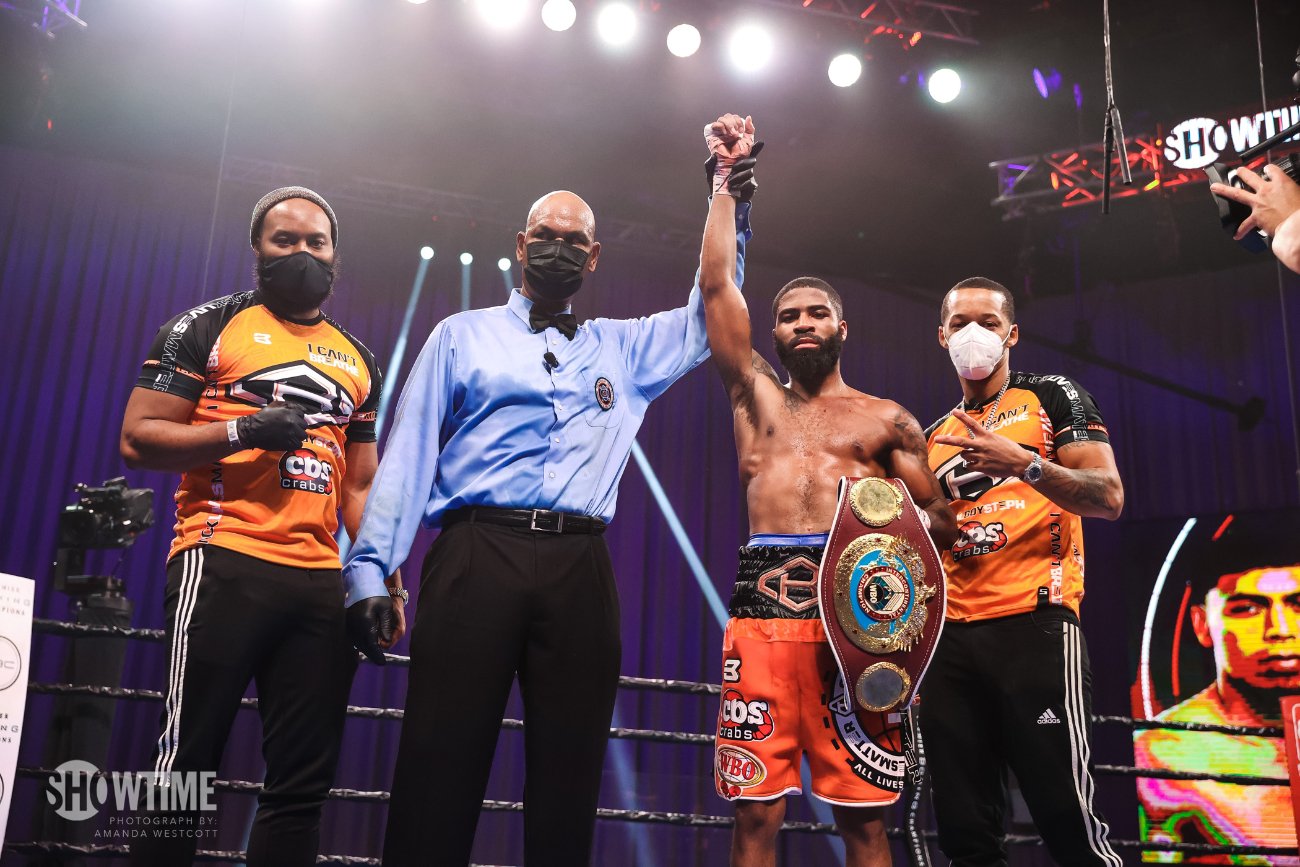 In the opening bout of the evening, Rolando Romero (13-0, 11 KOs) remained unbeaten against late replacement Avery Sparrow (10-4, 3 KOs) with a dominating performance that led Sparrow’s corner to call an end to the fight in seventh round. All three judges had the fight scored 60-51 at the time of the technical knockout stoppage, as did SHOWTIME’s unofficial ringside scorer Steve Farhood.

Romero, 25, set the tone early in the fight sending Sparrow to the canvas with a well-placed left hook within the first minute of the first round. Born and bred in Las Vegas, and fighting under the Mayweather Promotions banner, Romero landed 86 of his 175 power punches which more than doubled Sparrow’s total punches landed in the fight (40). In the closing minute of the sixth round, Sparrow went down with an apparent knee injury and upon the return to action referee Johnny Callas deducted two points from Sparrow for an intentional low blow. Sparrow’s corner confirmed that Sparrow’s knee injury was the reason for stopping the fight.

“Sparrow had a month to prepare because he was my replacement,” said Romero. “I was very disappointed, I really wanted to fight Justin Pauldo. But things happen—at least I had another opponent.

“I fought a dirty fighter. He hit me with a dozen, if not more, low blows, back of the head, trying to wrestle but it is what it is. I got the victory. I dropped him with that hook in the opening round. I thought it would be over but he’s slick – he knows how to survive.

“His corner did the right thing by stopping it. In that last moment before they stopped the fight, he was hurt again and there was a lot of time left in the round. He’s lucky they stopped it.