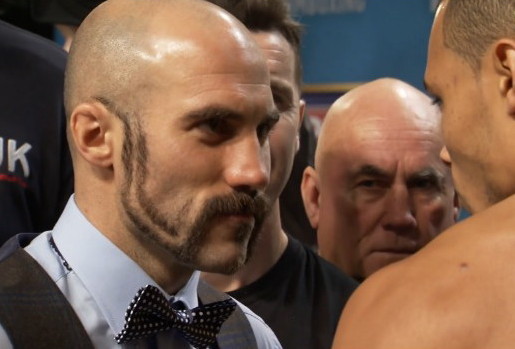 O’Sullivan, 22-2(15) told Irish-Boxing how he suffered a busted eardrum in the Eubank fight and had to take some time off as a result. But he now aims to get back in action soon and is targeting a shot at the Smith-Alvarez winner – and O’Sullivan is not writing unbeaten Smith off.

“I took a couple of months off after the Eubank fight after bursting my eardrum,” Spike said. “I had to check if I could fight again because this was the third time this happened – it went against Billy Joe Saunders, Eubank, and it happened when I was sparring a Cuban guy in between those fights. I thought it was maybe a weakness but the consultant gave me the all clear. I was going to look toward a Liam Smith fight, we all want to fight for world titles. I would love the winner of Smith and that Mexican that thinks he’s Irish. People are writing Smith off, but he’s unbeaten, tough and game. If Smith wins I would relish the opportunity to fight him. Then again, imagine fighting the Irish-looking guy in Mexico.”

O’Sullivan would likely be a big outsider to defeat either Smith or Canelo, and unless Smith pulls off his own upset, it’s highly probable Spike will not get to fight the winner. Canelo has taken much criticism for fighting Smith, who is a reigning world champ; the backlash would be massive if the Mexican star fought a man in O’Sullivan who, though a good fighter who can punch, is even less known in the US and in Mexico than is Smith.

But can Smith pull it off in September? Some good judges, including O’Sullivan are giving him a decent chance. And if Smith did pull it off, he could fight just about anybody he wanted to in his “homecoming” next fight after scoring The Upset of The Year.