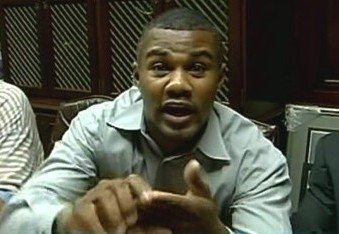 Just what is it about fighters and their inability to hold onto their money? How many millions have one-time rivals Mike Tyson and Evander Holyfield squandered away? How much cash did the incomparable Sugar Ray Robinson see slip through his fingers? How was it that the great Thomas Hearns had to file for bankruptcy a few years back? And the list goes on.

Fighters need something that almost every other working man gets, and that’s a pension, and with it a chance of enjoying their later years no matter how much money they’ve wasted, lost or had robbed from them. It’s the least they deserve.

Fighters give their all in the name of entertainment, glory and when attempting to achieve greatness. They, more than anyone else, are entitled to keep hold of their dough. How shocking would it be, in years to come, if the unimaginably rich Floyd Mayweather Junior ended up like Trinidad? As history has taught us, it’s not impossible that this could happen. But let’s hope not.

Let’s also hope that Trinidad, like the aforementioned Tyson, can get his life back on track. Not every fighter can be the success story that is a George Foreman (who kept most of his ring earnings and then surpassed them greatly with his “Lean, Mean Grilling Machine” invention), but with Foreman as an example of what good business sense can do for them, retired fighters could do far worse than to take a leaf out of George’s book. Sadly it’s too late for Trinidad in that regard, but hopefully the Puerto Rican legend can get himself out of the hole he’s in right now.