Billy Joe Saunders was amused at learning that Chris Eubank Jr had reportedly bet £10k on Canelo Alvarez to knock him out in their fight next month on May 8th on DAZN at the AT&T Stadium in Arlington Texas.

Saunders (30-0, 14 KOs) sees it as a bit rich that Eubank Jr would bet on Canelo because he should have bet that £10k when they fought in November 2014, and he LOST by a 12 round split decision.

Eubank Jr has improved a lot since the defeat against Saunders, but his once-promising career has stalled recently with him not fighting in 2020 and still not having fought in 2021.

Next month, Eubank Jr is fighting domestic-level fighter Marcus Morrison on May 1 at the Manchester Arena.

“He should’ve put £10k on himself beating me if he was that confident,” said Saunders to Behind The Gloves in reacting to Eubank Jr betting £10k on Canelo stopping him.

“He didn’t; I beat him. Spend your £10k on a ringside ticket; that’s the closest he’s going to get to a Canelo fight.”

At this point, Eubank’s chances of getting a fight against Canelo are slim and none.

With Chris now campaigning at 160 and not staying active, he’s not someone that the Mexican star will show interest in fighting.

That’s not to say that Eubank Jr can’t turn things around and quickly regain his momentum, but it will take a lot of doing for that to happen.

Eubank Jr doesn’t appear to have the same hunger that he had several years ago when he was competing in the World Boxing Super Series.

As far as the Saunders-Eubank Jr fight goes, Eubank Jr could have won that fight if he had stayed busy, thrown combinations, and pressed Saunders.

Back then, it looked like Eubank Jr was trying to imitate the showboating that his father did, but he wasn’t letting his hands go like his dad.

That was a weird fight. Eubank Jr was posing after throwing single shots, looking at the audience, and fighting crazily.

He let Saunders build up a big lead in the first half of the fight on activity alone. Finally, when Eubank Jr snapped out of and started attacking Saunders relentlessly in the second half, he almost caught up.

Some boxing fans argue that Eubank Jr did enough to deserve the win. What was clear, though, was that Eubank Jr was the better fighter of the two in the second half of the contest, but he’d given away too many early rounds for him to be given the victory.

If Eubank Jr and Saunders were to fight now, you’d have to give Chris the advantage, as long as he wasn’t ring rusty.

The 31-year-old Eubank Jr will have to be busy with his career from this point forward if he wants to fight guys like Saunders, Canelo, Gennadiy Golovkin, and Jermall Charlo. 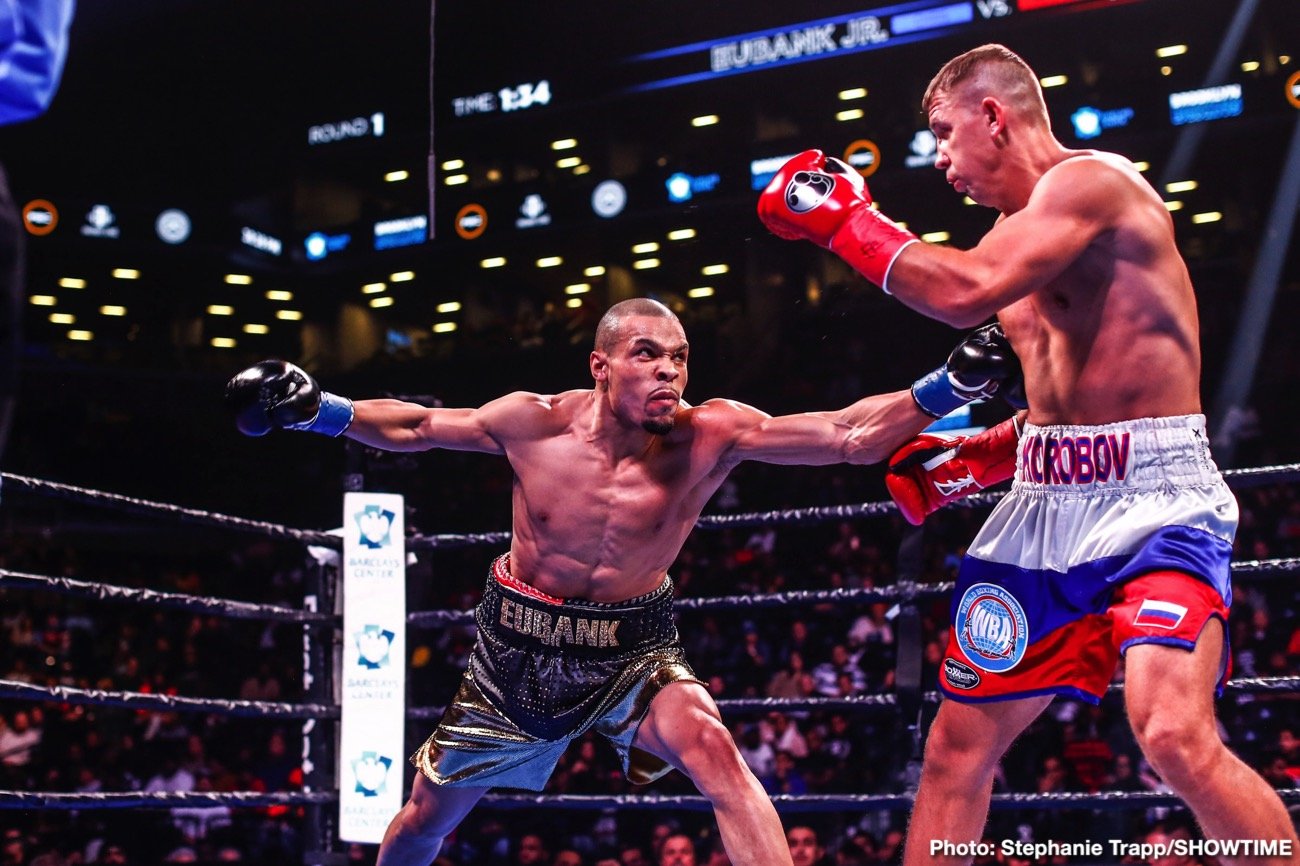 Eubank Jr is getting older now, and he can’t afford to be inactive for long periods. Also, he needs to take advantage of fight offers because he blew his chance to fight Golovkin in 2016 when the fight was offered to him.

Eubank Jr lost out on the fight when the negotiations took too long.

Promoter Eddie Hearn ended up giving the fight to Kell Brook, which was costly to his career with him suffering an eye injury. That’s another story, though.

“That’s all because of me,” said Saunders about the 40,000+ tickets that were sold for his May 8th fight with Alvarez during the presale for the AT&T Stadium.

I think Saunders is being a tad bit disingenuous about him being the reason for the high ticket sales for his May 8th fight with Canelo.