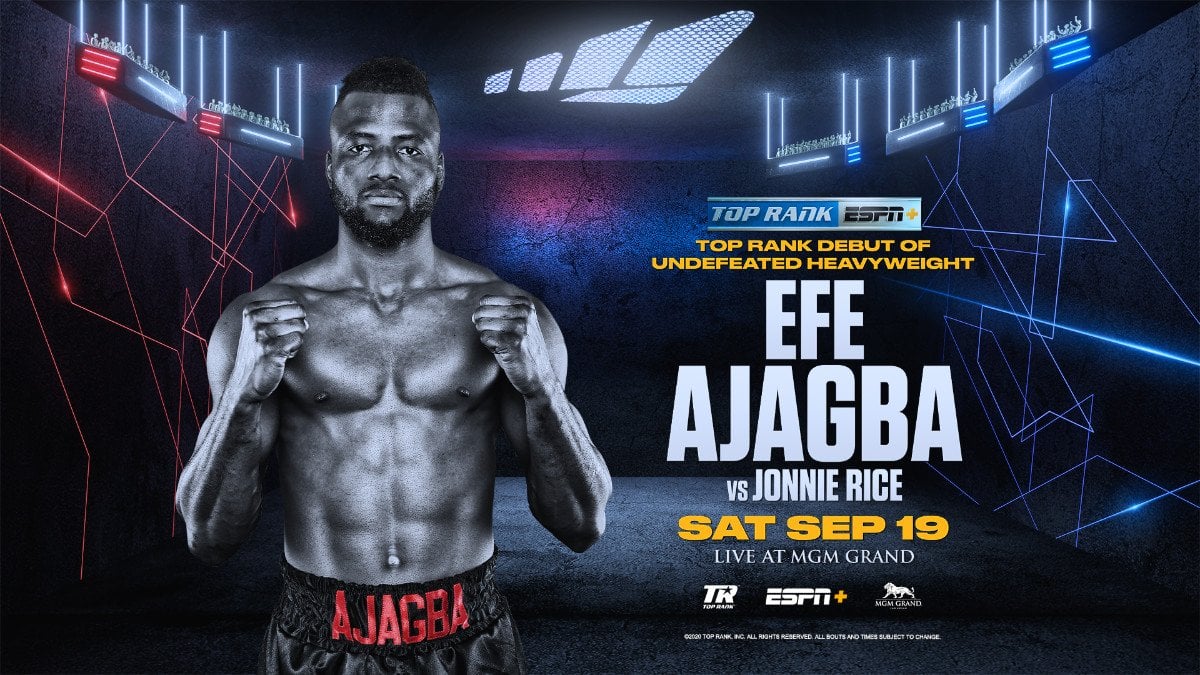 The undercard bouts will stream live on ESPN+ beginning at 7:30 p.m. ET, with the co-feature scheduled to begin at approximately 10 p.m. ET.

“I am delighted that Efe Ajagba will make his Top Rank debut as he continues his march to the top of the heavyweight division,” said Top Rank chairman Bob Arum. “Kasir Goldston and Jahi Tucker are two major talents, and we are excited to see their professional journeys begin here in Las Vegas.” 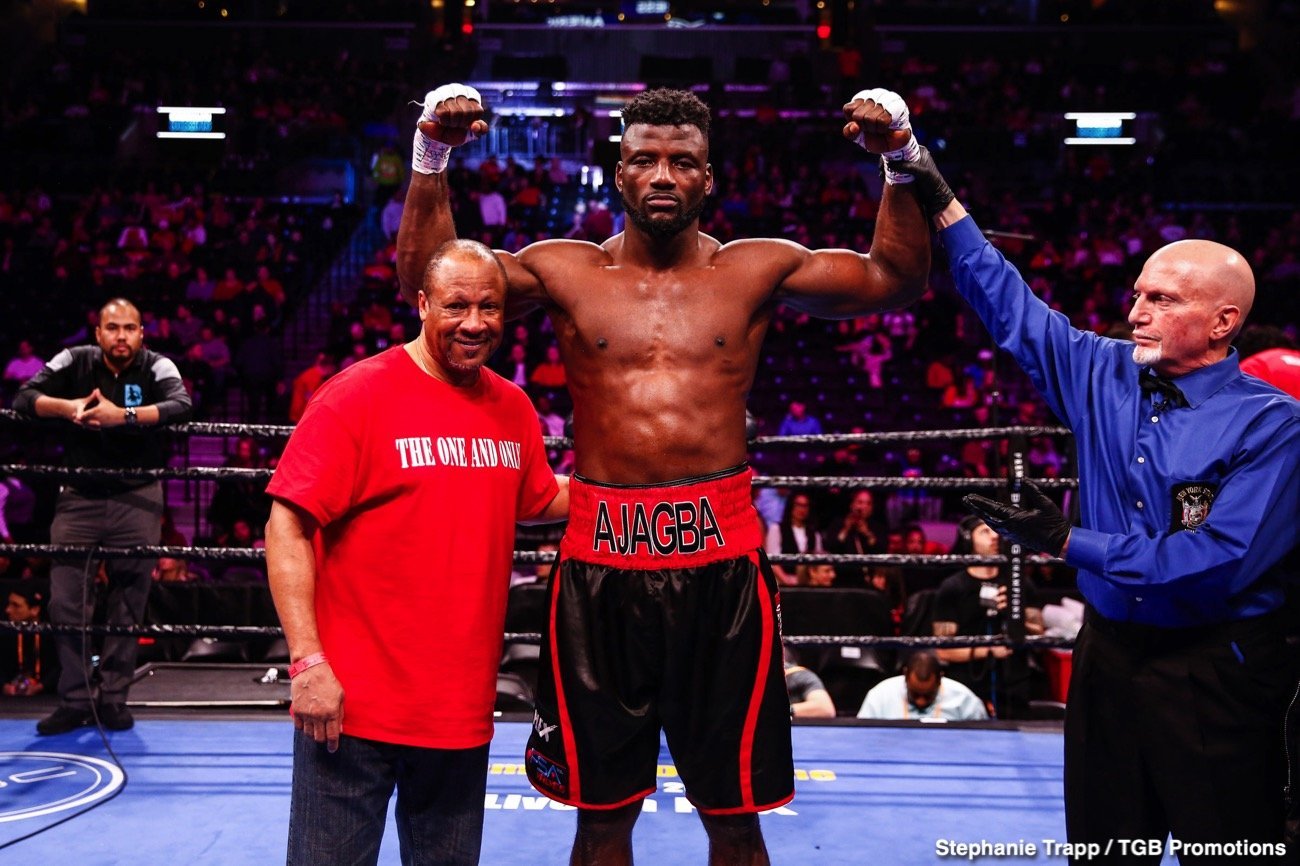 At 6’6 and 240-plus pounds, the 26-year-old former Nigerian Olympian is one of the division’s youngest contenders. Rice (13-5-1, 9 KOs) measures 6’5 and often tips the scales at more than 260 pounds. He is known for his durability, as his only two knockout defeats have come against previously unbeaten foes in the seventh and 10th rounds, respectively.

“To all my fans, the wait is finally over. I am ready to get back in the ring and do what I do best,” Ajagba said. “I haven’t fought since March 7, and I’ve been looking for someone to devour. On September 19, I finally get to do it. Tune in to ESPN+. You don’t want to miss it.”

Goldston, from Albany, N.Y., won three consecutive National Junior Olympic titles from 2015-2017 and back-to-back Junior Open Championships in 2017 and 2018. Last year, at the prestigious Bornemissza Tournament in Eger, Hungary, he took home a silver medal after a split decision loss to a Hungarian boxer.

Tucker, from Deer Park, N.Y., was ranked first in the nation at 138 pounds after winning the 2018 USA National Boxing Championship in Salt Lake City, Utah. A high school sophomore at the time, Tucker aimed to qualify for the 2024 Summer Olympics.

He picked up his first international gold medal last June at the Bornemissza Tournament and elected to turn pro rather than wait for the Olympics.

In other undercard contests: