In a 147lb six round thriller Harlem’s (4-6-4) Curtis Morton battled Pittsburgh’s (5-0) Amonte Eberhardt. This was a back and forth war with the veteran Morton controlling the pressure. Both fighters abandoned their jab and went toe to toe slugging it out. A Morton right hand cut Everhardt and both fighters relentlessly continues their assault on one another. In the 6th, with Morton ahead on my score cards, referee Tim Wheeler sent Morton to his corner to get his glove tape fixed. When he returned, Eberhardt threw a beautiful double left right hand that sent Morton to the canvas. The crowd was electric. Rising to his feet fast and steady, the ref saw something he dint like and stopped it at 2:43 of the 6th. Everhardt, trained by Pittsburgh legend Jimmy Cvetic and managed by Victor Olive, is a fighter to watch. 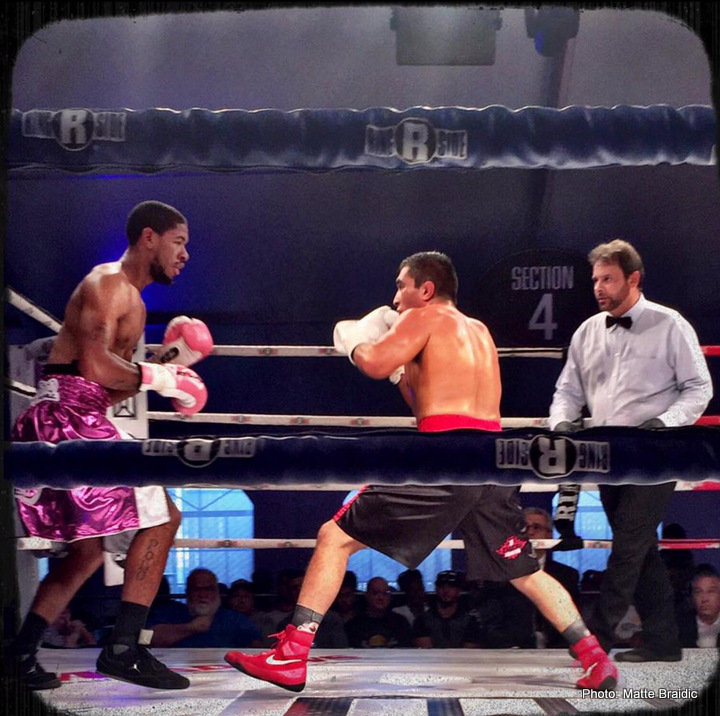 19 year old Philly native Mark Dawson made his 152lb pro debut against Virginia’s 1-1-2 Roque Zapata. After a close first round, the cagey Zapata turned up the heat with relentless pressure and high volume attacks. The crowd booed the extremely unjust decision. DRAW 39-37| 39-37 | 38-38 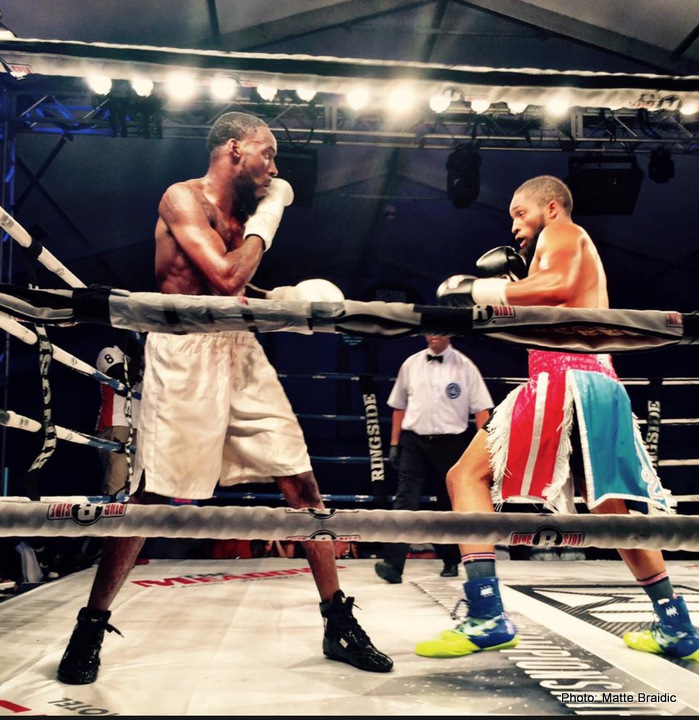