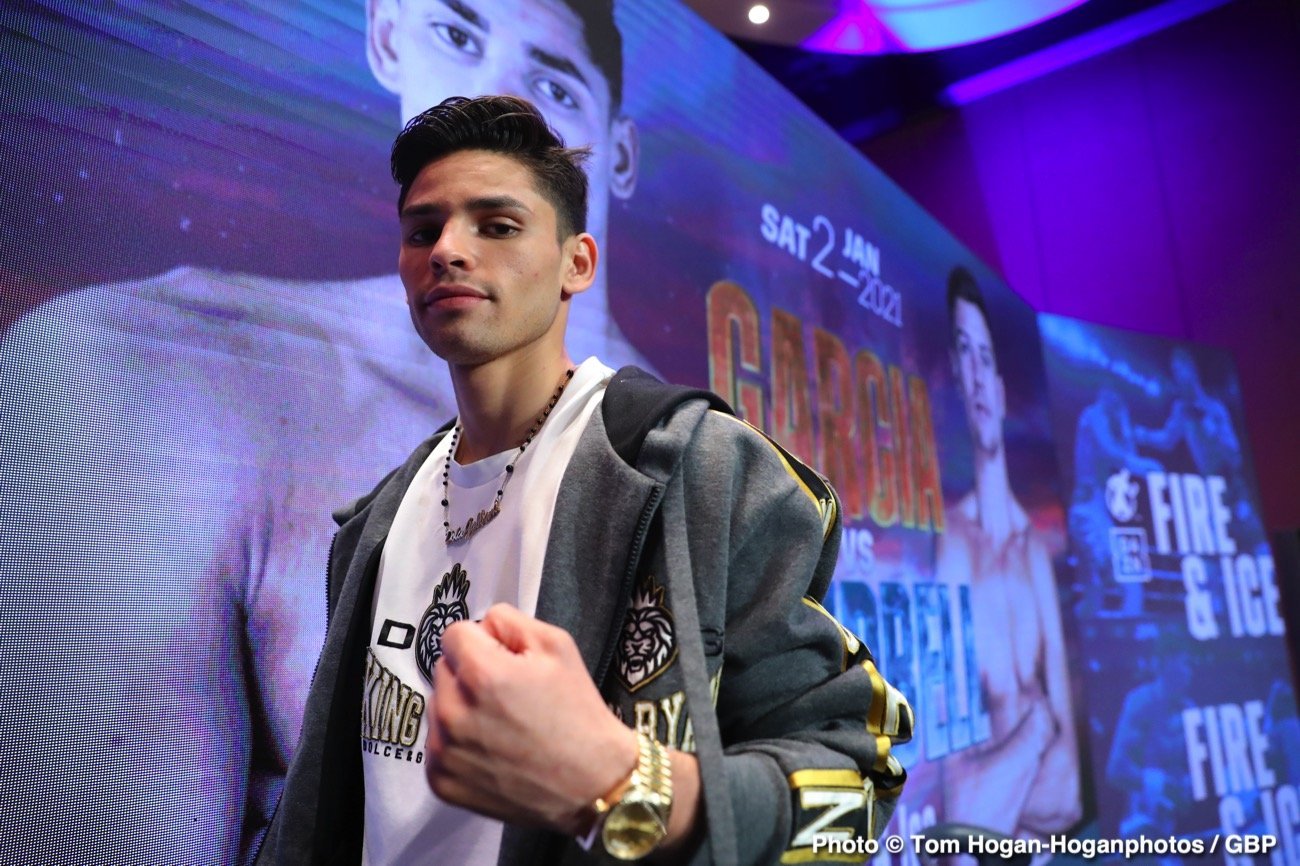 Garcia isn’t saying who the mystery opponent is, but there’s a lot of talk about Manny Pacquiao being the big name Ryan is in negotiations with. Ryan isn’t saying if it is or if it isn’t Pacquiao. He’s keeping it on the down-low.

Besides Tank Davis, the only other fighter that Ryan Garcia (21-0, 18 KOs) has been talking about wanting to fight lately is Pacquiao (62-7-2, 39 KOs), and he only started mentioning his name in the last week.

Ryan hasn’t talked about wanting to fight the top lightweights Vasily Lomachenko, Teofimo Lopez, or Devin Haney, which is why it’s so easy to guess who this mystery fighter is that he’s in talks with.

Was Mayweather Promotions too slow?

Could it be that Pacquiao heard what King Ryan has been saying and opted to move with lightning speed to grab the fight against him before Tank Davis’ management at Mayweather Promotions could put a deal together?

That’s what a lot of people suspect has happened. Davis’ promoters were glacially slow at making a move to get the Ryan Garcia fight done, and Pacquiao likely moved in and snatched the fight from under their noses.

“I have a potentially huge, bigger fight than him, so I might pin him off to the side,” said Ryan Garcia to @JalenandJacoby about him facing someone else next rather than Tank Davis.

“I’m still going to fight him, but I wouldn’t not fight him unless it was a bigger opportunity, but I cannot say anything right now. So I’m going to just keep it at that,” said King Ryan. 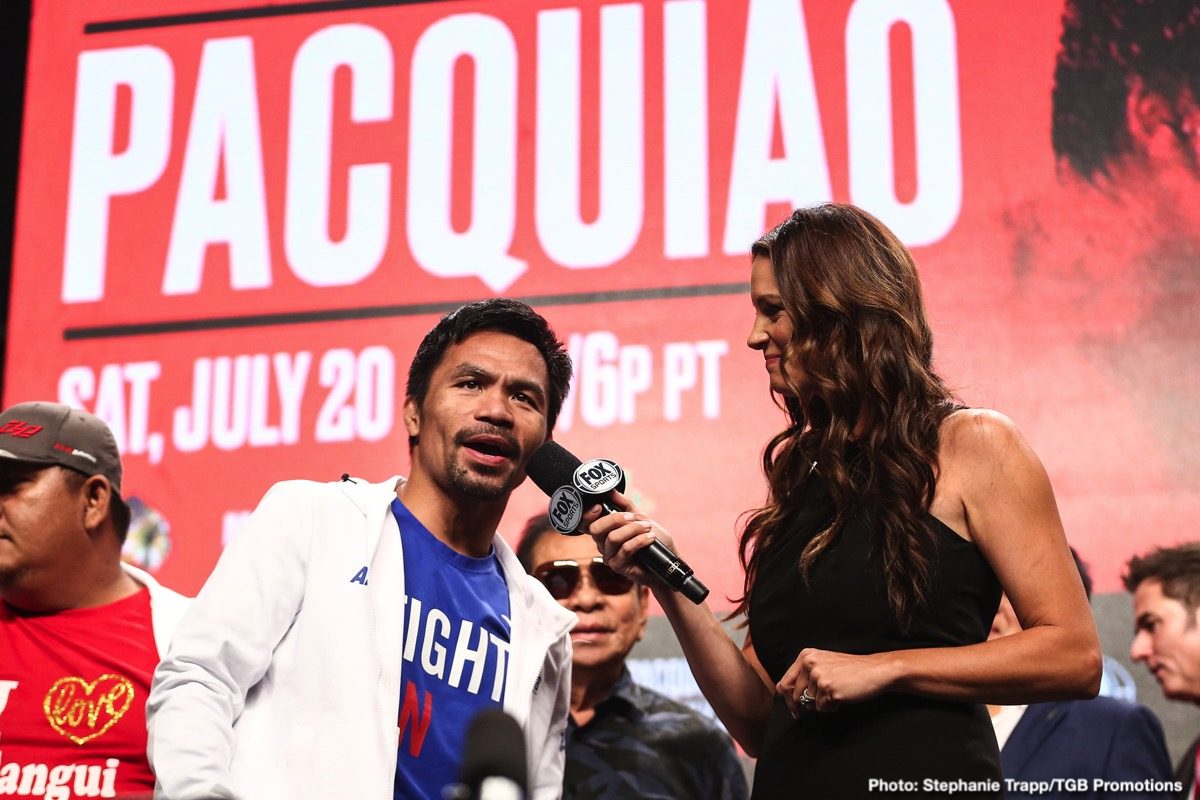 So there it is right out of Ryan’s mouth. He’s left poor Tank Davis in the dust and has moved on in the direction of a “bigger fight” against somebody he’s willing to name right now.

Although Ryan is saying he’s “still going to fight” Tank Davis at a later date, that’s not going to make him feel any better about being passed over.

What makes it even worse is that there’s a good chance that Ryan, 22, will lose to whoever this guy is that he’s facing. I mean, if it’s Pacquiao that King Ryan is facing, he’s going to have very little chance of beating him.

On Monday, stunned Gervonta by telling his fans on social media.”

“Fight to be announced real soon. I can’t wait for my next fight. It really is a dream. God is Good.”

Not surprisingly, Tank replied to Ryan, saying, “You must know some s*** I don’t.”

Ryan fired back with, “You’re a grown man, make a call and find out.”

It won’t be the same for Tank if he fights Ryan Garcia after he’s taken apart potentially by Pacquiao.

Unless Ryan can rebuild his career and redeem himself somehow, Tank will be getting damaged leftovers if he faces Ryan after he’s taken apart by Pacquiao.

Of course, you can’t rule out an upset win for Ryan if he’s able to land one of his powerful left hooks to the head or body of Pacquiao.

We’ve seen Pacquiao get stopped before in the distant past by different fighters, and Ryan has arguably better power than the fighters that stopped Manny years ago.

The foot speed and attack angles that Pacquiao uses will be a problem for Ryan, who looked fragile in his last fight against Luke Campbell earlier this month.

Ryan will need to make some changes to his game in a hurry to keep from getting knocked out within two or three rounds by a fighter like Pacquiao. 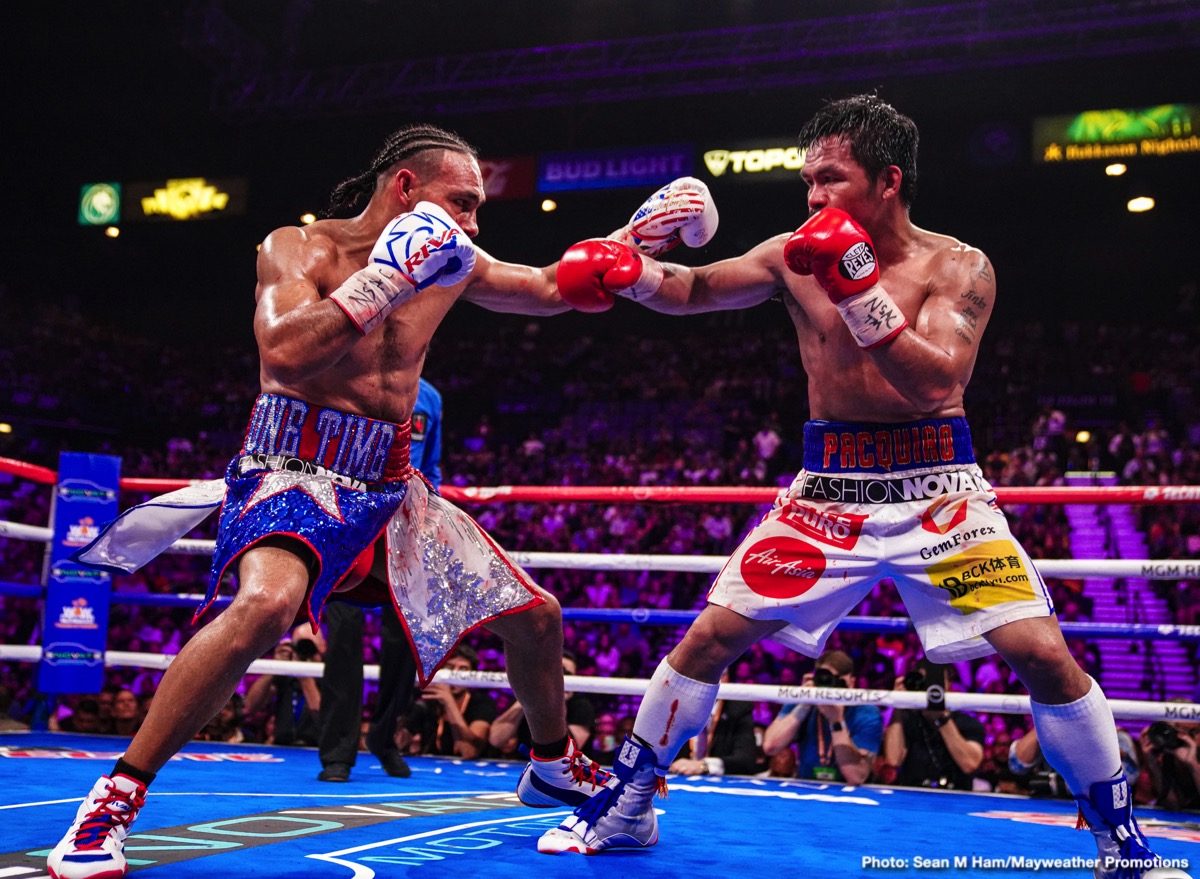 Anyway, we still don’t know if it’s Pacquiao that Ryan is facing next. Maybe it’s Jorge Linares? I kind of doubt it, though. Linares wouldn’t be an upgrade over Tank Davis, would he?