The exhibition trend continues. It’s been reported that all-time great Roy Jones is set to fight 230 pound bodybuilder Robert Wilmote in Miami this coming January 28th. TMZ Sports reports that the fight will consist of five one-minute rounds. Wilmote, AKA “NDO Champ,” has competed in a number of bodybuilding competitions yet his experience as a boxer is extremely limited. The 38 year old has been sparring with former welterweight champ Andre Berto.

So, what on earth can fans expect to see in this one? It’s sad of course how the once untouchable, truly brilliant Jones is bothering with events such as these, how he has been reduced to these type of “fights.” Still, fans show up, and they pay up, to see these kind of “celebrity match-ups.” And if nothing else, Jones will, against NDO (it apparently stands for no days off) be in with the biggest opponent of his entire career.

It’s not clear if the January bout will be anything like a “real” fight, or if the two will merely move around and have fun, as the saying goes. Whether or not Jones and Wilmote will wear head-gear and large gloves remains to be seen. It will also be interesting to see what weight Jones comes in at for this one. Or will it be interesting? Are you pretty much sick and tired of these kind of exhibition affairs? Maybe you are.

Jones did of course generate big numbers when he and Mike Tyson boxed their exhibition a couple of years ago, but this, a boxer (albeit a 53 year old former champ) against a bodybuilder? Is this the most embarrassing big-name boxing exhibition so far? Who will pay to watch this one?

Jones has better things he could do with his time. A fine trainer and commentator, Jones mystifies fans by taking crazy fights like this one (and there will no doubt be more “celebrity boxing” to come for Jones). Back in the years 1993 to 2003, Jones really and truly was the king of boxing. How the mighty have fallen. 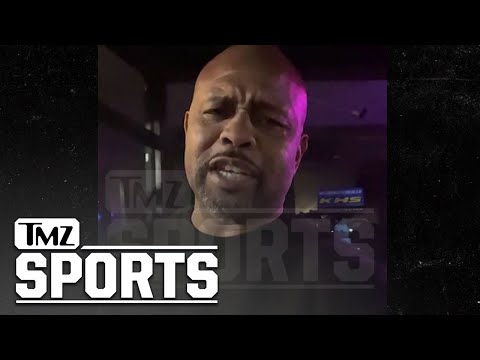