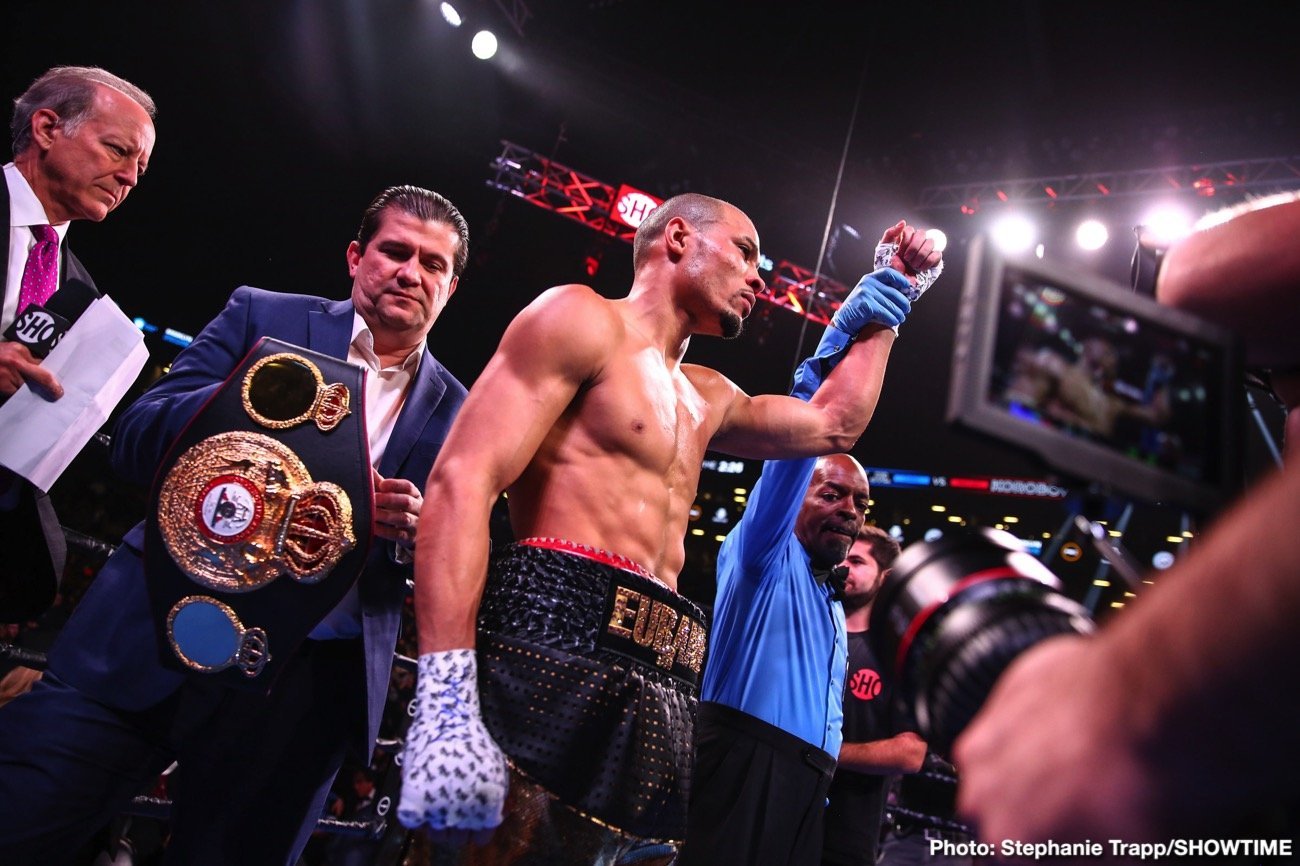 Former IBO super middleweight champion Chris Eubank Jr has revealed that he’s now sparring with his trainer Roy Jones Jr to help him prepare for his eight-round exhibition match against Mike Tyson on September 12. To say this is an extremely odd situation is putting it mildly.

Jones and Eubank Jr have gotten close during the five months that they’ve been working with one another, but this is entirely unexpected that the two would spar. You can imagine a lot of bad things could come from a trainer sparing one of his fighters.

Eubank Jr sparring Jones: Is that a smart move?

What happens if Jones gets the better of Eubank every time they spar? What would that do to Eubank’s confidence? On the other hand, if Eubank is belting Jones around the ring with ease, will he still have respect for his trainer?

Obviously, this isn’t a prime Roy Jones Jr that Eubank Jr is training with now. In Jones’ prime, Eubank Jr would likely be in a world of hurt each time they sparred, but that was a long, long time ago.

The graying 51-year-old Jones Jr is now a grizzled veteran and not the young guy that held #1 pound-for-pound spot in the sport years ago.

It would be interesting to know if Eubank Jr is taking it easy on the 51-year-old Jones Jr or vice versa. We can already see from watching the two workouts that Roy is STILL faster than the 30-year-old Eubank Jr (29-2, 22 KOs) in terms of hand speed even though he’s 21 years older.

Jones is going to need a lot bigger and more powerful sparring partners to help him prepare for the likes of the 54-year-old Tyson(50-6, 44 KOs). Eubank Jr fights at middleweight, and he doesn’t possess the size, power, or the hand speed that Tyson has. 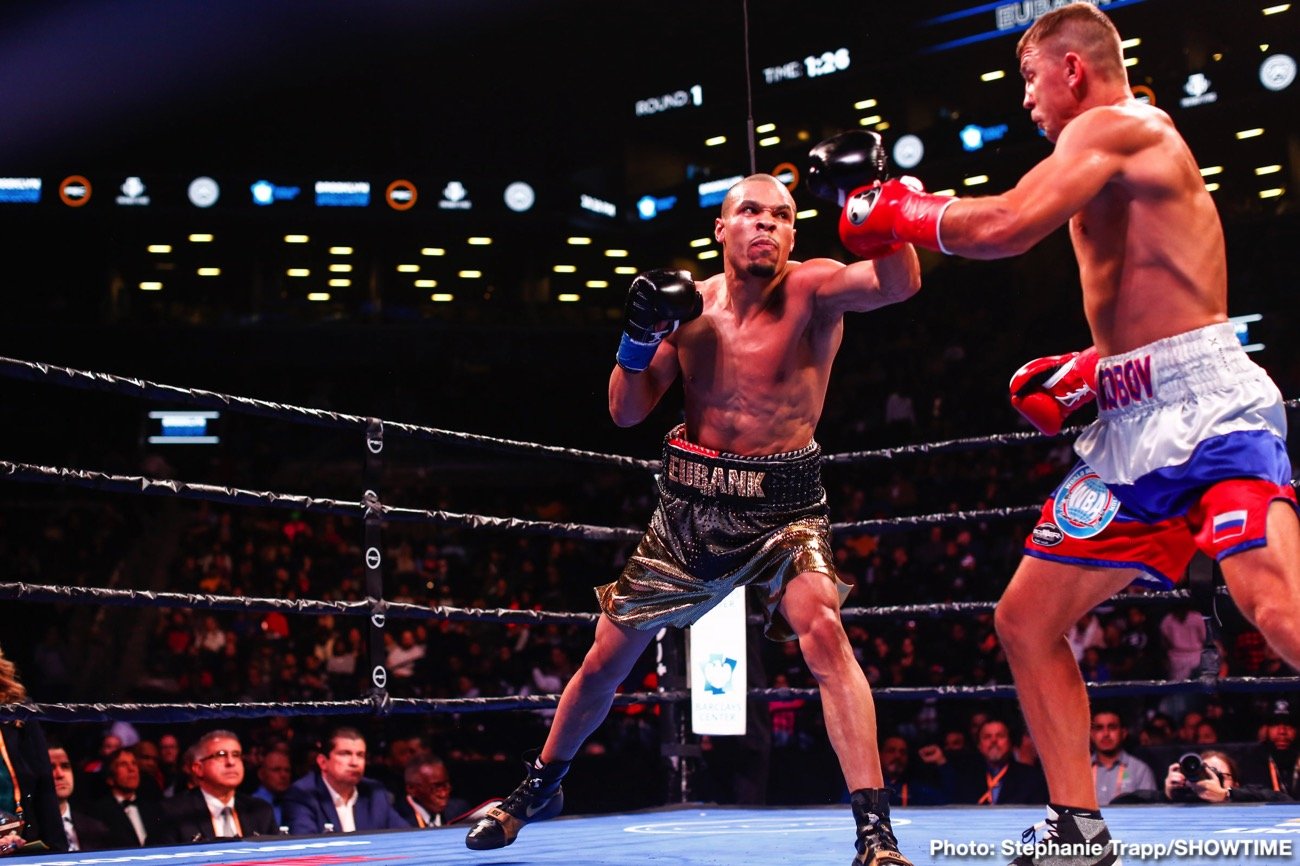 “I’m training with him every day, sparring with him,” said Eubank Jr to Talksport on his sparring with Roy Jones Jr. “Obviously I’ve got to get him in shape for this fight he’s got with Mike, but just a lot of learning.

“I’ve got a front-row view into what Roy is doing to prepare for Mike and I’m helping him. This is something that I never dreamed in a million years I would be doing, helping Roy Jones to fight Mike Tyson.”

I don’t know how prepared Mike is. “He looks great in his little 30-second clips on Instagram, but eight rounds against Roy Jones is a different thing,” said Eubank Jr.

Roy must wear Tyson down

We don’t know how well Tyson will hold up for an eight-round fight, as he smokes and his lungs might not be up for more than two or three rounds. Smokers know how tough it is to perform in aerobic sports that require cardio, and it might end badly for Tyson if Jones can drag him past three rounds.

Although Eubank Jr lacks the frame to help Jones in a real sense, he can still help him deal with the kind of pressure that Tyson will be putting on him. Eubank Jr is an excellent pressure fighter, which tends to stalk his opponents around the ring to force them to fight at his fast pace.

If Eubank Jr can train like that with Jones, he’ll be ready to deal with some of what Tyson brings to him on September 12. It still won’t help Jones handle the head and body shots that Tyson will be nailing him with, but if he eludes him for the first three rounds, he’s got a chance of wearing him out.

Taking Tyson into the deep end of the fight is a priority one for Jones for him to beat the heavyweight legend.