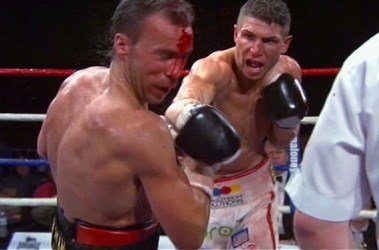 Brian ‘the lion’ Rose will finally see his dream of challenging for a world title come true this summer when he travels to America to oppose reigning WBO light-middleweight champion Demetrius Andrade, live on Sky Sports and HBO.

In his last outing Blackpool’s Rose defeated Javier Maciel in a thrilling contest that served as a final eliminator for Andrade’s strap. In December 2012 he won the Lonsdale belt outright by winning a unanimous decision over Sam Webb; four months later, in the same venue, he stepped up onto the world stage to face Joachim Alcine for the vacant WBO Inter-Continental title, stopping him in the final round.

Andrade makes the first defence of the strap he won against Vanes Martirosyan via a split decision last November on the undercard of Ruslan Provodnikov’s latest WBO light-welterweight defence this coming June. Boo-Boo is undefeated from twenty contests with thirteen opponents being stopped early, equating to an impressive knockout ratio of 65%. His last contest against Martirosyan was hardly the most exciting of encounters but he climbed up from the canvas in the first round to win on two of the official scorecards. It was at times an awkward scrap that didn’t really take off; the fight was mainly an even affair throughout but later on Andrade went up a gear to display the better work.

In contrast of Andrade’s knockout record, Rose does not threaten with a single concussive punch but he is relentless and gutsy and is also a more experienced campaigner with seven more professional contests under his belt. Andrade’s fight against Martirosyan was his first to have been scheduled for the full twelve rounds, whereas Rose has gone the full championship distance six times in his career and furthermore it could be argued that the Blackpool star has faced better opposition than the WBO champion.

Of course none of this is to say that Rose will face an easy task in June; far from it. It is yet to be seen how Rose deals with fighting outside of Britain amongst a partisan crowd but one thing that The Lion seems to do over and over again is to defy the odds and prove his critics wrong.