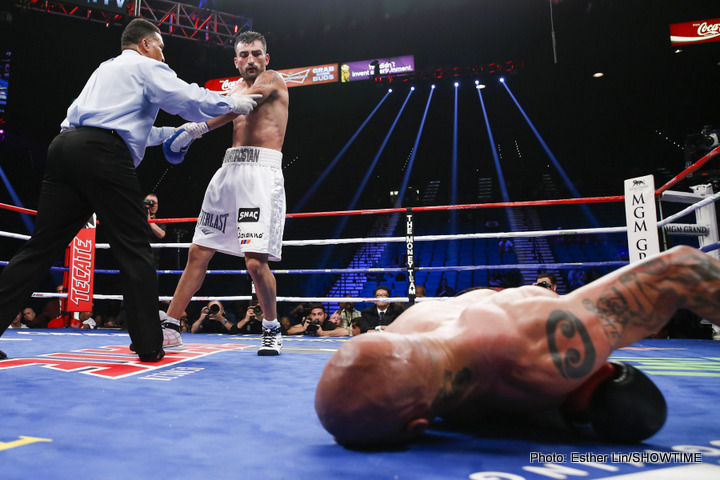 Both Martinez and Salido thought they should have got the decision and are in favor of a third fight.

“I definitely won the fight,’’ said Martinez, who was making the first defense in his third stint as WBO Junior Lightweight World Champion. “They counted a knockdown that wasn’t really a knockdown.

“He threw a lot of punches but most of them didn’t connect, they landed on my arms. Anywhere you want that third fight between us, I will take it.”

Said Salido, a two-time featherweight world champion who was the aggressor throughout and delivered more than 1,000 punches, “I did all the work and I thought I won the fight. I thought the first couple of rounds were even but then I took control of the fight afterwards.

“I was definitely looking for the championship. As you all saw I threw more of the punches and I thought I won the fight.

“I dedicated so much for this fight, for them to take it away from me is not fair. Definitely, I am ready for a third fight.”

Puerto Rico’s Jonathan “Polvo” Oquendo (26-4, 16 KOs) overcame a first-round knockdown, scored a knockdown of his own and upset former two-division world champion Jhonny Gonzalez (58-10, 49 KOs). Oquendo won a 10-round majority decision in a good action fight that opened the pay-per-view telecast. Oquendo won the biggest bout of his career by the scores of 95-93, an out-of-line 98-90 and 94-94.

For Oquendo, the victory in his sixth appearance at MGM Grand Garden Arena was the 12th in his last 14 fights.

“I feel very happy,’’ said Oquendo, who was dropped by a left hook with about one minute left in the first. “Jhonny Gonzalez is a great champion. I knew I had to throw a lot of punches and work to get inside to get the victory. I was able to implement that game plan tonight.”

Gonzalez, a former two-time WBC featherweight and WBO Bantamweight World Champion, was displeased with the scoring as well as all the unintentional headbutts. He was dropped by a straight right hand at about the 2:00 mark of the second.

“The judges favored him too much,’’ Gonzalez said. “He kept head butting me. It just didn’t go well. As soon as he knocked me down, nothing happened. I just got right back up.”

In a fight Saturday that aired during “COUNTDOWN LIVE” on SHOWTIME before the pay-per-view telecast, longtime junior middleweight contender Vanes Martirosyan (36-2-1, 21 KOs), of Glendale, Calif., scored two knockdowns en route to winning a 10-round majority decision over former IBF 154-pound champion Ishe Smith (27-8, 12 KOs) of Las Vegas, by the scores of 97-91 twice and 95-95.

“I feel awesome. I worked hard and it paid off. I hadn’t seen my family in 10 weeks. I was in training in the Bay Area,’’ Martirosyan said. “Ishe was eating 100 jabs a round. I knew he was a Mayweather fighter and I was going into the fight already down five rounds.

“I knew I had to win. My corner told me to go in and have fun, but I wanted to knock him out.

“I knew as soon as I landed the first knockdown that I had to keep going. I didn’t think he would get up from the second knockdown. He had never been dropped before. He has fought a lot of great fighters and I dropped him twice.”

Smith, the first native Las Vegan to capture a world title, felt the fight was much tighter.

“The first knockdown wasn’t serious. He just caught me in the back of the head. The second one was legit, but I got up ready to come back at him,’’ Smith said.

“Six points is ridiculous. I thought it was closer to 95-95 or 95-94. I just thought it was a lot closer than those two judges, and my corner kept telling it was real close. But we expected a tough fight out of (Martirosyan). He’s long, rangy and a good puncher, but that’s why I wanted to get inside and fight him there.

“I just fought a hell of a fight against the No. 3-ranked fighter in our division. I have a lot left. I’m pushing these guys to the limit. I take nothing away from him. He’s one of the best in the world and I’m a former world champion. We gave the fans a great fight tonight and I’ll be back again soon.” 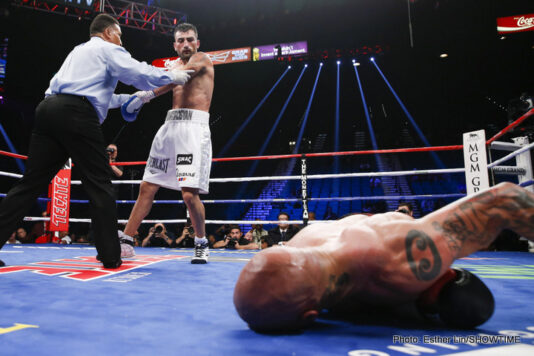 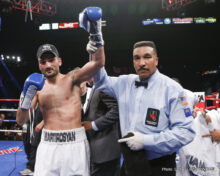 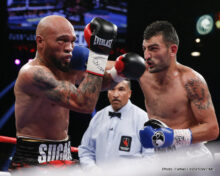 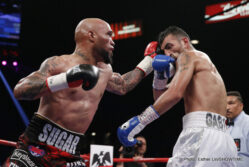 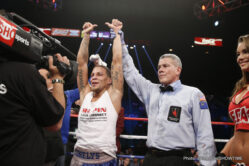 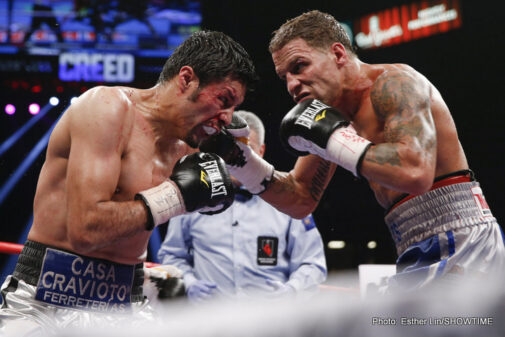 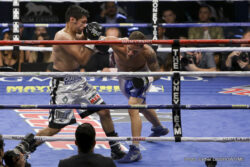 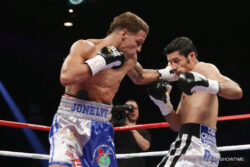 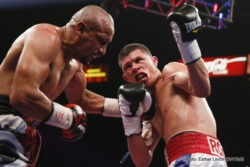 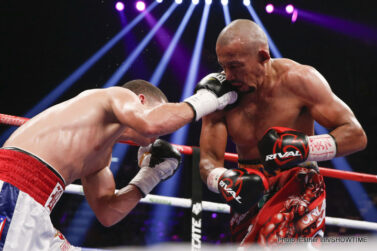 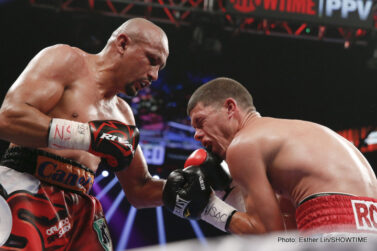 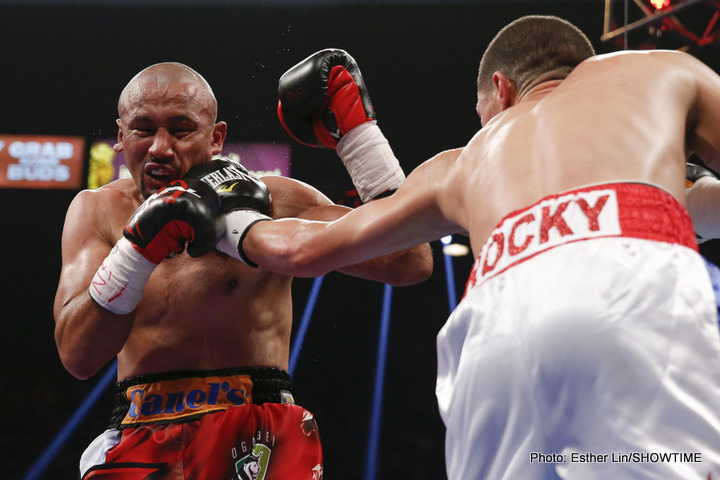