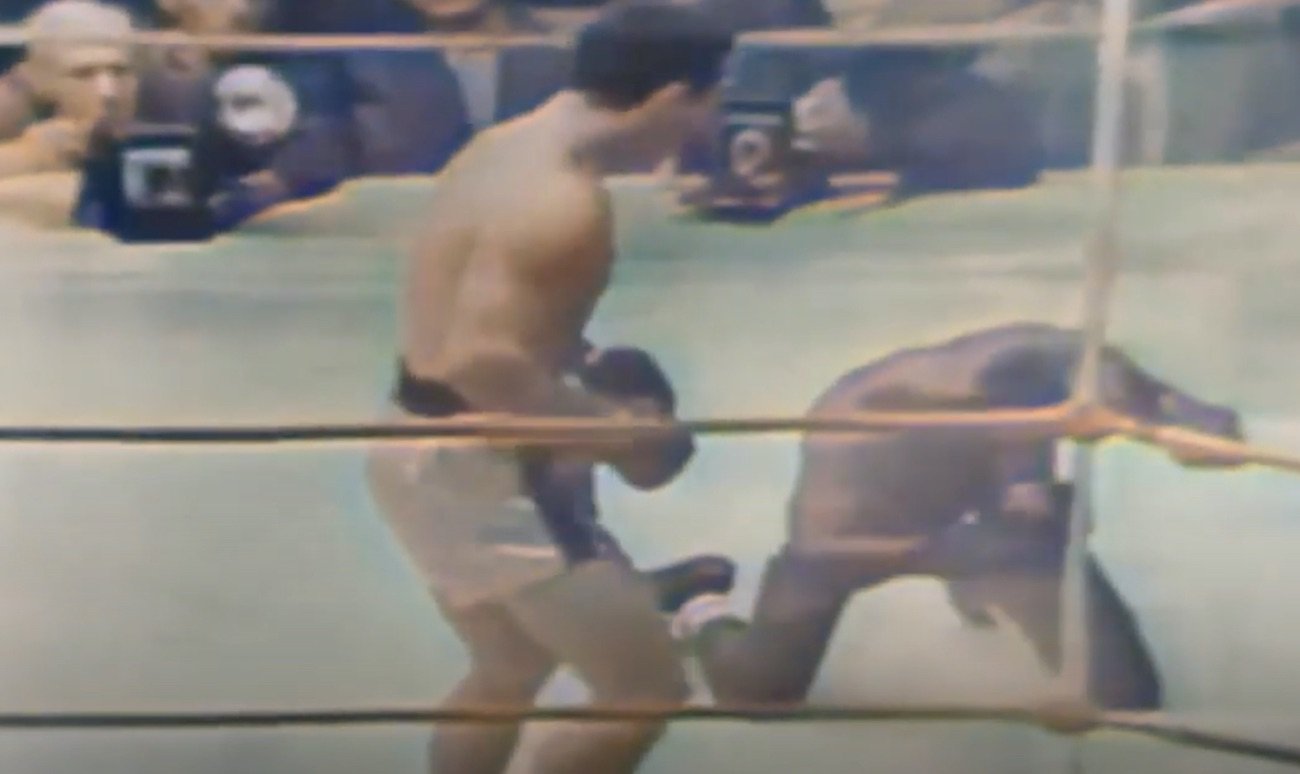 Debates rage regarding the greatest boxer ever (Joe Louis, Ali, Armstrong, Kid Chocolate, Sugar Ray Robinson etc.). However, there’s no argument concerning the most exciting fighter of all-time: Rocky Graziano who won the Middleweight championship in 1947.

A Graziano bout ensured fans would be rising from their chairs to witness a titanic battle – reminiscent of what those blood-soaked-gladiators endured in Roman times.

There was no quit in the Brooklyn-born Thomas Rocco Barbella; he didn’t know the meaning of the word. His grit, determination and charisma is testified from his jaw-dropping record. Fifty-two of his sixty-seven victories during an eleven-year career (1942-1952) were accomplished via knockouts – an astounding 78% clip. This is just 10% below what the great Rocky Marciano tallied.

Graziano’s career can be divided into three distinct phases.

The first one consisted of 44 contest: starting with his March 1942 pro debut against Curtis Hightower and ending Oct 1944 versus Bernie Miller. Both bouts were held at Brooklyn’s Broadway Arena and finished with a 2nd round TKO.

Only four points losses and three draws detracted from Rocky’s victory count, with twenty-six of his wins being knockout victories. With rare exceptions, the opposition was rather mediocre (27 of Rocky’s 44 opponents had a losing record).

The second phase got off to an inauspicious start. Graziano dropped a unanimous decision to Harold Green (39-5-1) November 1944 at MSG, although Green was down for a “9” count with 15 seconds left in the final tenth round. Green also won via majority decision in their return set-to 6 weeks later.

One year later, Graziano left nothing to chance in their third tilt. He closed the show with a third round KO. However, the action wasn’t yet finished, as the AP clearly noticed:

“As referee Ruby Goldstein completed the count of ten, Green jumped to his feet, yelling that Rocky had hit him illegally on the break, and tore after Rocky. Goldstein threw his arms around Green and led him to his corner. There, Green eluded Goldstein and tore across the ring to Rocky’s corner. Irving Cohen and Whitey Bimstein, Rocky’s co-manager and trainer saw him coming and threw themselves before Rocky. By this time Sol Gold, Freddie Brown and Charles Duke, Green’s corner, had followed Green across the ring and joined in the shoving and pushing. Graziano threw his robe away and the two struggled to reach each other. It was not until the police entered the ring that order was restored.”

Two 1945 TKO victories against the highly-ranked duo of Billy Arnold (29-1) and Al “Bummy” Davis (64-9-4) set the table for a Middleweight title elimination bout March 29, 1946 against the highly regarded Marty Servo (46-2-2) whose only two defeats were decision losses to Ray Robinson. Servo was the prohibitive favorite but got totally dominated during the two-round hammering, going down three times before referee Arthur Donovan ordered a halt.

The showdown with champion Zale was held September 27, 1946 before a 40,000 crowd at Yankee stadium. It set the template for all three memorable fights: non-stop action, draining drama, constant offense and savage fury.

Graziano was down for a five-count in the first round, but he came back and dropped Zale at the end of the second round for a three-count. By round five, Zale looked like a thoroughly beaten fighter.

In as gutsy display of courage as ever witnessed, Zale showed the heart of a true champion and gathered the strength to fire a right to Graziano’s solar plexus while following it up with a perfectly-timed left hook to the chin. Graziano went down and didn’t rise until just after referee Ruby Goldstein had completed the ten count in the 6th round. Ring Magazine ranked it #5 in its 100 Fights of the Century.

The rematch got delayed when the New York State Athletic Commission revoked Graziano’s boxing license on February 1947 and threatened to bar him for life for failure to report two $100, 000 bribe offers. The NBA, which controlled boxing virtually everywhere in the U.S. outside of New York, did not recognize NYSAC’s decision and ordered the rematch be held in Chicago later that year.

A sell-out crowd of 20,000 at Chicago Stadium witnessed another -blood-drenched struggle – with the roles being reversed.

Zale dominated the first round. By its end, the challenger’s right eye was swollen and closing rapidly. In the second round the pace picked up dramatically, as Zale attempted to capitalize on the injury, although “The Rock” stunned Zale at the end of the round. RG barely escaped round three. He suffered a knockdown and brutal assault along the ropes. The end seemed in sight. The ref could’ve stopped it after round four, as the wounds were severely affecting Graziano’s vision. Then a miracle happened.

A coin pressed around Rocky’s right eye by his corner caused incredible pain, but prompted a marked improvement in his eyesight. Graziano underwent a primal reawakening, raining bomb after bomb down on the plucky champion in round five. Zale attempted a comeback in round six, but was fading fast as three flush rights sent him down and he barely climbed back to his feet. When the ref saw Zale draped helplessly over the middle strand of the ropes facing backwards, he halted the onslaught. Bleeding and exhausted “The Rock” told the sportswriters: “Hey mum, your bad boy done good. Somebody up there likes me.”

The 1948 rubber match was another brutal affair.

A leaping right by Zale put Rocky down for an “8” count in round one. Both warriors were looking to blast one another straight out of the ring. Graziano rallied in the second, evening things up with his aggressiveness. In the third, Zale’s relentless pummeling left Graziano staggering, propped up only by the ropes. As the action moved toward the ring center, fifteen unanswered body and chin shots put Rocky down for an “8”count. He arose, barely aware of his surroundings.

The fight should’ve been stopped at this point as RG could barely stand on his feet. Then, a crunching right to the body and pulverizing left hook to the chin knocked Rocky unconscious: the same combination that had felled him in their first bout, Graziano always said of Zale: “He was the toughest fighter I ever met.”

The final phase features 29-year old “The Rock” clawing his way back to another title shot.

Four 1949 KO victories embellished off by a last minute TKO win over Charlie Fusari (60-4-1) on September 1949 at the Polo Grounds in a bout he was losing, demonstrated the fire still burned in Rocky’s gut.

A reinvigorated Graziano tore through the division like a man possessed. He was victorious in 19 outings over 2 ½ years, while defeating his opponents with knockouts on thirteen occasions. Three victories in 1950 and 1951 over top-ranked Tony Janiro would snatch Rocky another title shot.

The Graziano/Janiro trilogy was capped September 1951 at Detroit’s Olympia Stadium. On the brink of a decision loss, RG pulled off another adrenalin-drenched display of last minute heroics, grabbing a TKO with only 15 seconds remaining in the final round.

Rocky was a massive underdog against the legendary Middleweight champ Sugar Ray Robinson on April 1952, but still managed to floor Robinson in the third round before getting whipped.

When the definitive history of boxing is finally written, a separate chapter should be devoted to the massively crowd pleasing Rocky Graziano who gave the sport its most exciting moments.