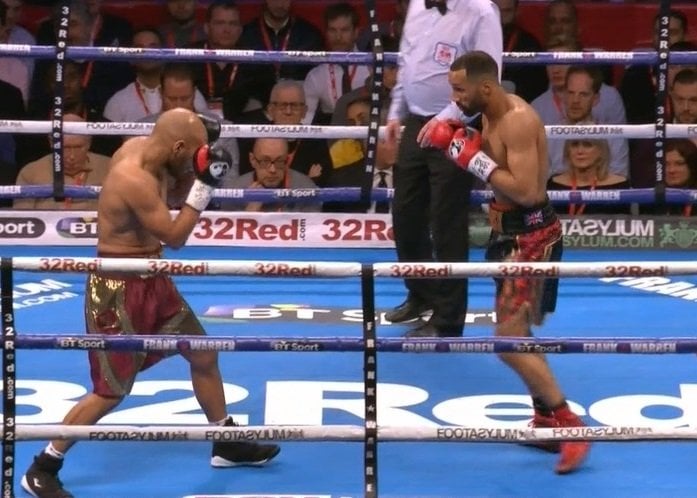 DeGale was almost knocked out in round 5 after getting trapped against the ropes.

Truax didn’t show much hand or foot speed in the fight, but he was constantly pressing DeGale, forcing him to fight and hitting him with hard punches. Truax had heavy hands in a George Foreman like way. Truax wasn’t throwing with speed, but the power was definitely there. Truax was hitting DeGale with thudding shots in each round, especially when he was up against the ropes.

DeGale said after the fight that his surgically repaired right shoulder was giving him problems. That’s what prevented him from throwing punches the way he wanted to. That excuse doesn’t explain why DeGale wasn’t moving a lot, and why he kept going to the ropes. It looked more like a stamina issue for DeGale than simply a case of his shoulder bothering him. Earlier in DeGale’s career, he was capable of moving for a full 12 rounds. He couldn’t do that tonight. DeGale fought like an old man, going to the ropes to support his weary legs. DeGale fought like a fighter in his 40s rather than in his early 30s. 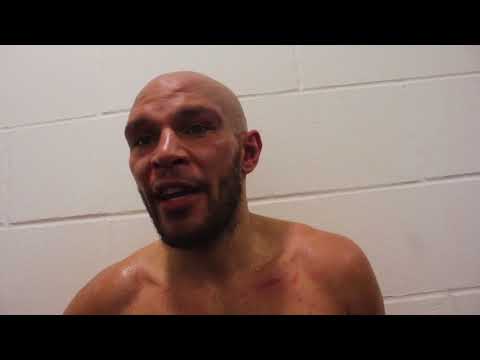 A deluded sounding Degale said this after the fight:

”I thought I won it, but we got to change things. I should have waited until next year. I want the rematch. That’s what I want. I’m going to talk to Al [Haymon,].”

One can’t overstate the magnitude of this upset win for the 34-year-old Truax tonight. He was brought in tonight as the B-side opponent for DeGale the shake the rust off after a long layoff. Truax wasn’t supposed to win the fight. Heck, Truax wasn’t even supposed to be competitive. This fight was all about DeGale getting an easy guaranteed win to pit him in position to face the winner of the World Boxing Super Series tournament in early 2018. DeGale had targeted facing the winner of that tourney, which could be George Groves, Chris Eubank Jr. or Callum Smith. So confident DeGale was that he would win the tourney, he was talking of him getting 10 million pounds for a fight with Groves. DeGale was counting the money before he’d even fought Truax. In hindsight, DeGale should have stayed focused on the task at hand rather than looking past a big puncher like Truax.

Truax said this at the post-fight interview:

”I noticed that he didn’t like pressure. I had to make it a dog fight, and that’s what I did. I couldn’t let him box me. He never hurt me.” 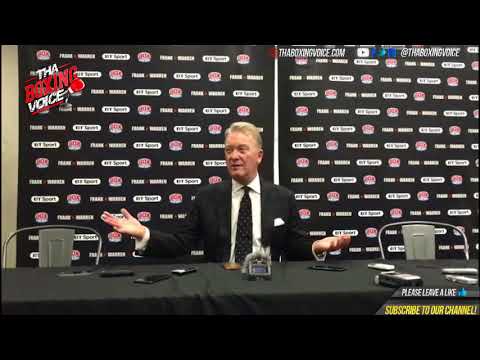