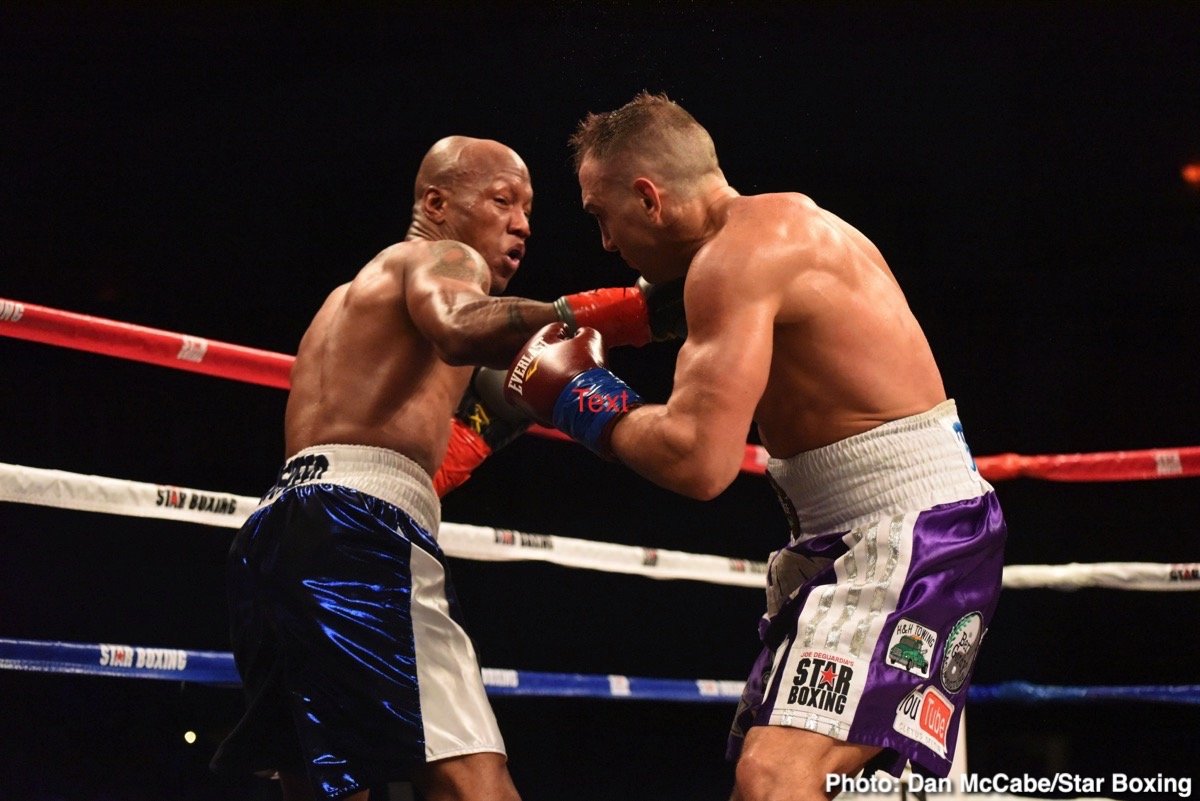 The upset fever continues. Last night, although he was facing both a 41 year-old Zab Judah and an inactive one, Cletus Seldin was not being looked at as the man to end the long career of the skilled southpaw. Yet by stopping Judah in the 11th round of a largely one-sided fight, the 32 year old warrior may well have done just that.

Staring off at a fast and aggressive pace and staying that way all night long, Seldin finally overpowered Judah in round-eleven, cracking him with shots, right hands mostly, as the veteran former champ was stuck on the ropes. There were no complaints about the referee’s stoppage. Time was 1:40 of the 11th.

The fight, which took place over The Hall of Fame induction weekend, was supposed to be Judah’s first fight back in yet another comeback. Giving it one last run as a 140 pounder, Zab instead found out that he just doesn’t have it any more. Roughed up, outworked and out-muscled, Judah was tired and the punches he did land had little to no effect on the pretty easy to hit Seldin.

Seldin is nothing if not tough though, and at this stage of Judah’s career this is pretty much all it takes to beat him. It really is hard to see where Zab goes from here if not into retirement.

Threatening greatness back in the early 2000s, Judah instead lost the big fights – to Floyd Mayweather and to Kostya Tszyu most memorably and notably. Judah did shine brightly in some big fights, of course, and he is almost certain to get into The Hall of Fame himself when the time comes.

But for now, the Brooklyn southpaw must find himself another job, one outside of the ring. As for the victorious Seldin, he has at the very least put himself into a position to be able to pick up a good payday or two. Who knows, the fan-friendly warrior with the action-packed style may go further than that