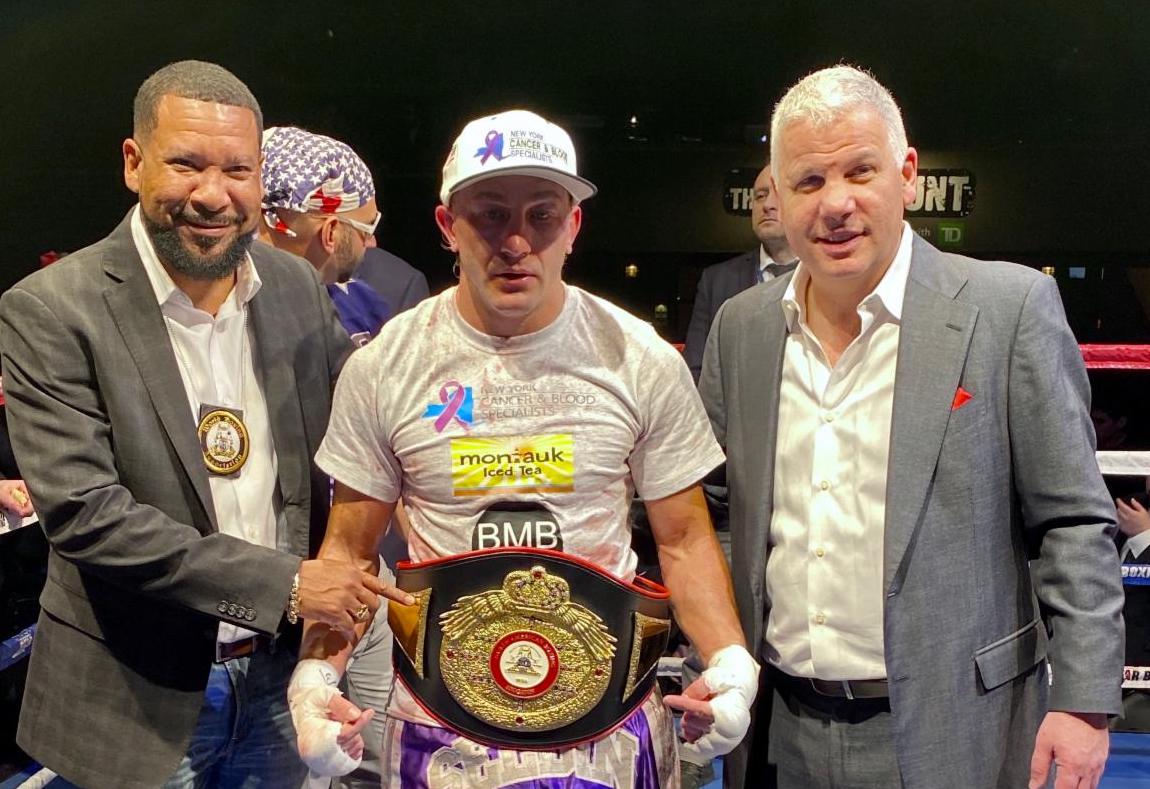 Star Boxing’s “Rockin’ Fights” series was yet again a thriller. Boxing fans around the world were treated to a sensational night of fights from start to finish at the sold-out Paramount, in Huntington, Long Island. If you missed the action, be sure to catch up via FITE.TV, HERE.

Long Island’s, NABA Super Lightweight Champion, CLETUS “THE HEBREW HAMMER” SELDIN (now 25-1 21KO’s) and LUIS FLOREZ (now 25-16 21KO’s) fought an electric battle. Seldin came out swinging, in classic “Hebrew Hammer” fashion. Florez, a late replacement, was able to weather the early Seldin storm and settle in for what would be a gritty seven rounds. Seldin continued his come forward attack, controlling the action, while Florez attempted to counter with bombs, using his length and reach advantage to keep Seldin at bay.

In the 6-round, a vicious cut opened over the left eye of Florez, turning the already competitive fight into a bloodbath. Pinning the Colombian in the corner, Seldin landed a massive right hand that sent blood gushing. As Seldin continued the onslaught putting together combinations to both the head and the body, Florez’s cut worsened and the effect of Seldin’s relentless pressure on Florez was evident. Referee Al LoBianco had seen enough, calling a halt to the action at the 1:11 mark in the 7th round. With the victory, Seldin defended his NABA title and improves to 25-1 (21KO’s).

Seldin had this to say about the victory, “I want to thank you all for coming out. This guy was a short notice, tough dude. My trainer said you have to dig deep and stay in his face and that’s what I did. That guy [Florez] can take a punch. Let’s get to the next one, let’s go.”

In the co-main event, world-rated heavyweight CARLOS TAKAM (now 38-5-1 28KO’s) went to battle with Brazilian, FABIO MALDONADO (26-4 25KO’S). Takam established himself as the superior skilled fighter from the opening bell, but Maldonado, to his credit, was a warrior, eating shots, and waving on Takam to bring more. Takam’s game plan was clear, attack the body and work his way up. In the 5th, Takam landed three consecutive thudding body shots that even had the sold-out crowd groaning in pain. Takam dominated the fight with a commanding performance, winning by unanimous decision with scores of 100-89 (x2), 100-90. Takam improves to 38-5 1 (28KO’s).

Takam was direct in speaking about his victory, “Thank you all for the support. We keep on going!”

ALEX “EL TORO” VARGAS (now 6-0 1KO) took a step up against veteran ANTONIO SANCHEZ (now 6-9-1 3KO’s) in a 6-round welterweight bout. The rowdy crowd was on their feet as El Toro and Sanchez went to war over the full six rounds. The sensational final twenty seconds of round six saw both men trading shots at will, caution thrown to the wind and only the desire of victory left in the ring. See the final twenty seconds of the fight HERE. At the final bell, the judges found in favor of Vargas by unanimous decision. (60-54 (x2), 59-55).

WENDY “HAITIAN FIRE” TOUSSAINT (now 11-0 5KO’s) picked up exactly where he left off, with a devasting knockout victory over the extremely tough, JERMAINE “REAL STEEL” CORLEY (now 3-9-1 1KO). Corley has battled with top prospects, five of his last six being undefeated. Upsetting two of those prospects, Corley entered with the same mindset, however, Toussaint would have none of it, landing a devastating right hand that sent Corley to the canvas. To Corley’s credit he got up ready to fight, however, referee LoBianco did not like what he saw, and called a stop to the fight at 1:52 in the 2nd of the scheduled 6-round fight. Toussaint improves to 11-0 (5KO’s).

Union electrician (local 3) BARKIM “BARBELIEVES” LOGAN (now 1-0 1KO) battered JACKSON DE SOUZA (now 0-2) over their 4-round fight, as Logan earns the victory in his pro-debut via 3rd round TKO.

Star Boxing CEO JOE DEGUARDIA had this to say about last night’s “Rockin’ Fights” 38, “The action definitely lived up to the hype. Cletus Seldin once again showed his relentless determination, pressure, and power in a war with Luis Florez. Carlos Takam dominated and is on the sure path to a major heavyweight showdown, and Wendy Toussaint was able to display his skill and show why we believe he will be a future world champion. Thank you to all of those that came out to The Paramount and tuned in around the world on FITE.TV and FightNetwork. We are looking forward to the next “Rockin’ Fights” on May 8th – we hope to see you there!”