Regis Prograis feels Josh Taylor will make adjustments when he faces Jack Catterall in their rematch and gives him the slight edge to gain revenge.

Taylor and Catterall have reportedly agreed to terms to face each other on February 4, almost 12 months on from their highly-controversial first fight which Taylor took by split decision to retain his then-undisputed super lightweight titles. 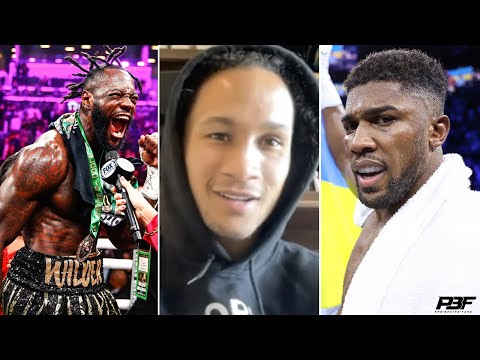 Prograis, who was beaten by Taylor on a majority decision in 2019, expects the Scot to make changes from the first encounter and do enough to come out successful in the rematch, which will have the 31-year-old’s WBO crown at stake after he vacated the WBC, IBF and WBA ‘super’ belts to ensure he faces Catterall.

“Catterall definitely won the first fight for sure.

“But this time I feel like Josh Taylor, he’s going to make adjustments.

“He’s going to make a lot of adjustments.

“I don’t know Josh Taylor too much personally, but from what I understand about him, he wants to shut the people up.

“A lot of people say he lost the fight, so he wants to shut the people up and he wants to dominate Jack Catterall.

“Now is Jack Catterall going to let that happen? I mean I don’t know.

“I think it might be just another close fight, but Josh Taylor, he might edge it out.”

Prograis will fight for the WBC belt which Taylor relinquished when he meets Jose Zepeda on November 26 at the Dignity Health Sports Park in Carson.

The former world champion called out Catterall, who was ringside for his sixth round stoppage of Tyrone McKenna in March, but feels a victory for Taylor would make for a bigger fight for him, with the potential of the pair facing each other in another unification clash.

“For me, I always want Josh Taylor again,” he added.

“That’s something I just want, it’s just some personal stuff you want and I think that could be a bigger fight.

“I mean people definitely know Jack Catterall, but with me becoming a two-time champion and Josh Taylor, him having a belt.

“If me and him fight for another unification that’ll be huge.

“I think that’ll be a really big fight. I think me and Catterall could definitely do numbers, but it won’t do numbers like me and Josh Taylor.

“I think me and Josh Taylor can really do some big numbers if we fight again.

“There’s history between us, we fought three years ago and now we’re going to fight again for unified again.

“It could really build up into a real big fight.”