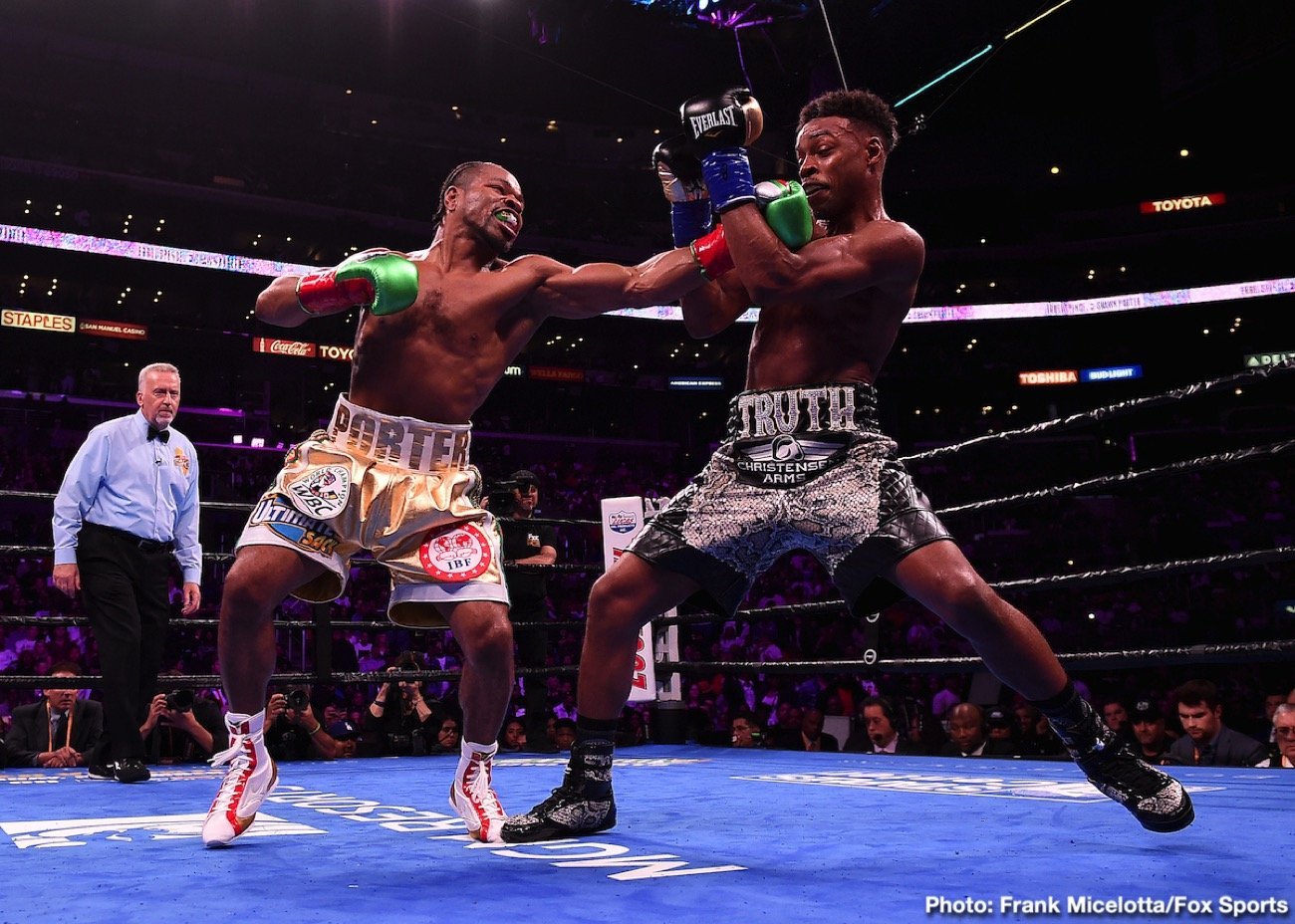 Fight fans knew they were in for a good fight last night, as rival welterweight champions Errol Spence and Shawn Porter collided in a unification showdown. What they got was a great fight, perhaps The Fight of The Year. Spence added the WBC crown to his IBF title by way of a gruelling, often thrilling decision win, in doing so coming through the single hardest fight of his career.

Porter dropped a split decision, in doing so losing a closer than close one for the third time in his all-action career (Kell Brook and Keith Thurman also going through hell to walk away with a punishing victory over Porter).

We got some answers from last night’s modern day classic, along with a whole lot of questions:

The decision – a split verdict going to Spence, now 26-0(21) via scores of 116-111 twice, the third judge awarding the fight to Porter, now 30-3-1(17) by a 115-112 margin – may well prove to be a more and more debatable one over the coming years. The fight was as close and evenly fought as it was exciting. The knockdown Spence scored in round-11 clinched the fight for him in the opinion of some. How about you?

What next for both men?

A rematch between these two superb fighters would be most welcome, yet Spence said post-fight that he wants Manny Pacquiao next, in another unification clash. Porter, as value for money, lay it ALL on the line each and every time out as he truly is, can come again in a big fight, that’s for sure.

This fight, one that would in the opinion of many see the two best welterweights on the planet go at it (some would say we saw the two best at the weight going to war last night), has been boiling over for some time now. It has to happen, and if both fighters really, truly want it, surely it will happen. Who dares pick a winner, though!

Is Porter the single toughest welterweight in the world today?

Porter has one helluva chin! In last night’s fight and in a number of others, “Showtime” has displayed the rock in his chin again and again. As relentless as he is tough, Porter, even when adding additional force to the power of his opponent’s shot by charging in, has still been able to just about take anything that has come his way. Even last night, after being decked late in the fight, when fatigued, by a perfect shot, Porter bellowed at Spence after referee Jack Reiss (really one of the best in the business) wiped off his gloves, and beckoned him in for more. Now that’s tough.

Is Spence the best welterweight in the world?

“The Truth” has to win that fight with Crawford to convince everyone, yet we have in the southpaw a potential great of the sport. For now, though fans and supporters of Porter and Crawford may disagree, Spence can lay claim to being the best in the sport at 147 pounds.