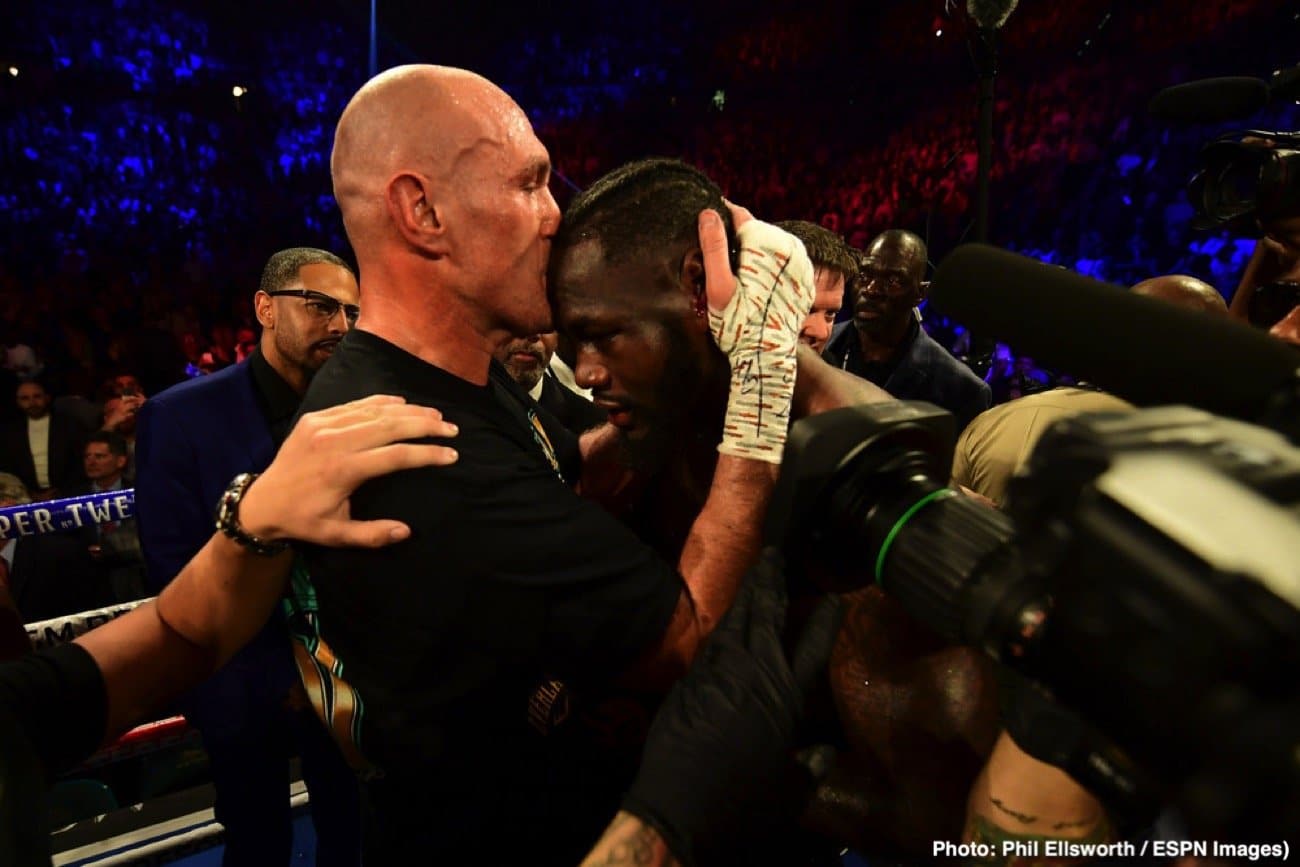 It seems just about everyone watched last night’s big heavyweight rematch between Tyson Fury and Deontay Wilder – even the President of The United States! News has broken of how Donald Trump (who or course used to host big fights in his hotels and casinos before he achieved the highest political order of the land) tuned in to the Fury-Wilder sequel, and The Don was impressed enough to extend an invitation to both men to visit the White House.

Or at least seriously think about doing so. “I think we’ll do that,” Trump said from the White House lawn, before moving on to more serious issues. Trump, a big fight fan, spoke of how exciting last night’s rumble was.

It might be the highest honor for any athlete, wherever they hail from, to be invited to the home of the President of the United States. Throughout history, some great fighters have been afforded the White House treatment: Rocky Marciano, who met President Dwight D. Eisenhower, Floyd Patterson, who met J.F.K, and Muhammad Ali, who met President Ford, President Carter, President Reagan, President Clinton, President Bush and President Obama.

Who would ever have predicted the day when regular guy, down to earth (whenever the cameras are not rolling) Manchester man/traveller Tyson Fury would be handed an invitation to the White House! Wilder too will no doubt be hugely surprised and thrilled to be extended such an honour.

One on one with the world’s most powerful man, this for two prizefighters. Amazing! But how good is this for the sport of boxing? Such an invitation, or two invitations, will also do Trump’s popularity ratings no harm.

Let’s see if Trump actually follows through with his planned invites. Fury and Wilder deserve it.