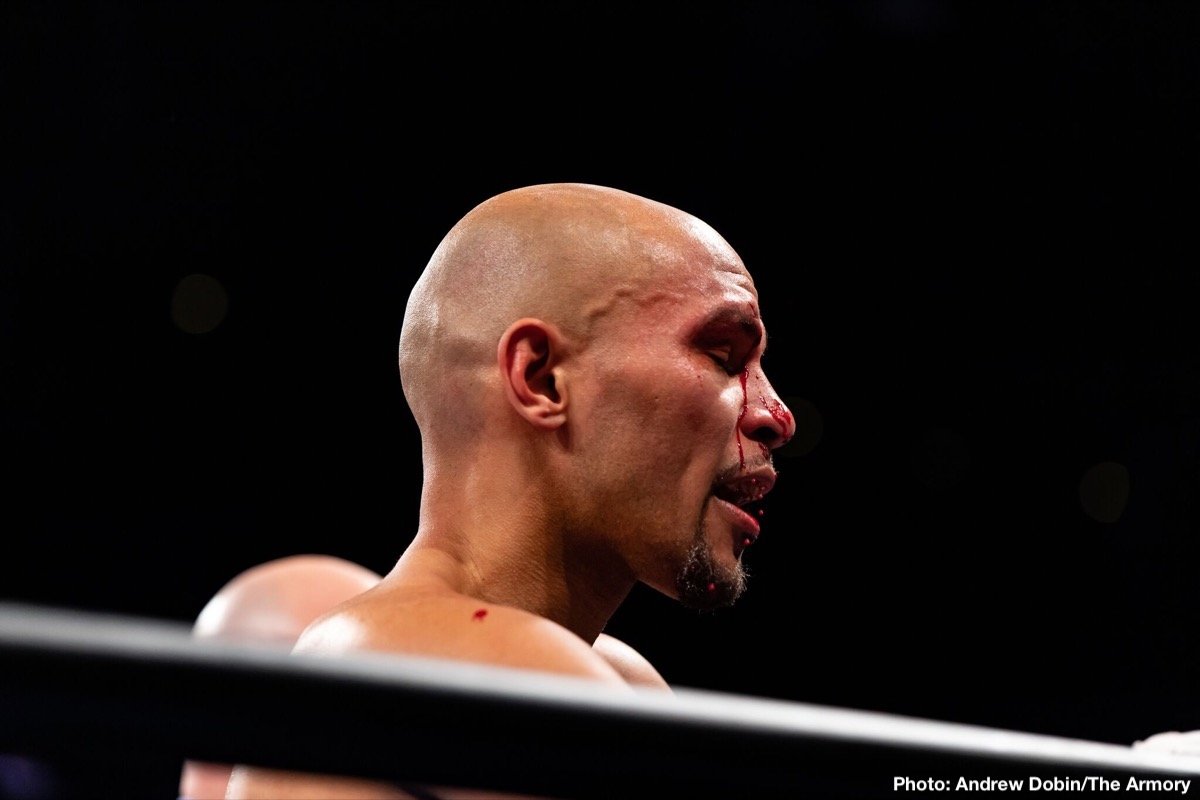 Truax suffered a deep cut above his right eye midway through the second round from an accidental head butt. While he was able to finish the round, upon returning to his corner, the ringside doctor recommended stopping the bout. Because four rounds had not been completed, the fight was ruled a no-decision one second into round three.

Quillin, who won both of the first two rounds on all three scorecards, was disappointed in the result but understood the doctor’s decision.

“First of all, I think the doctor’s job is to make sure the fighter is safe,” said Quillin. “That’s number one. People would rather see him fight without an eye, but I’d rather have the guy be able to fight another day.”

Truax, a Minnesota-native fighting in front of an electric hometown crowd, was understandably upset with the way the fight turned out.

“It’s disappointing I couldn’t put on a good fight for the fans,” said Truax. “They came to see 12 rounds of action. It hurts but that’s boxing. I’m flattered that everybody came out for me. The fans are doing a great job representing how strong our boxing community is. This is one of the best times in decades for Minnesota boxing.

“My cutman tells me it’s pretty bad so I’m going to have to take a little time off and get some stitches. I’ll heal up and see what’s next.”

After the fight, Quillin said he would be willing to rematch Truax, and that he himself is ready to get right back to work.

The early action saw Culcay looking to box and evade the returning fire from Derevyanchenko. Culcay had success landing quick combos before rapidly circling the ring as his opponent tried to get his offense going.

“I knew that he was going to move a lot,” said Derevyanchenko. “We prepared for it because we knew what kind of fighter he was. My mentality was that I had to seek and destroy.”

In round four Derevyanchenko began to have more success throwing combinations to negate the movement from Culcay. After establishing the jab, he began to use a straight right hand to initiate the offense and close the distance before Culcay could retreat and relentlessly attacking him with volume punching.

“My strategy was to use my jab and control the distance, because I had the height advantage,” said Derevyanchenko. “I wanted to put pressure on at the right times and fight smart.”

As the fight went on and Derevyanchenko looked to be taking control, Culcay began to try to smother Derevyanchenko’s offense by crowding him on the inside. This led to more exchanges and eventually Culcay’s best moment of the fight, landing a clean right hand on the end of an exchange that nearly put Derevyanchenko on the mat.

“I thought that I won the fight,” said Culcay. “It was close but I thought I edged it by a couple of rounds. I had him hurt in the 10th round. He’s a good fighter but I was close to getting him out. The judges saw it differently than I did.”

“I want the big fights,” said Derevyanchenko. “I’m ready for any of the champions. I’m not backing down from anyone.”

“I was extremely happy to get six rounds in,” said Spencer. “This is the first time I’ve gone six rounds. This guy was tough and kept walking through everything. That was what I needed. I hadn’t experienced that yet in a fight.”

The 19-year-old Spencer dominated his opponent, flashing a powerful sweeping left hook to punctuate his offensive arsenal, along with ring generalship beyond his years.

Vasquez became frustrated early, throwing low blows until he was deducted a point in round three by referee Gary Miezwa. After six rounds, Spencer remained unbeaten by scores of 60-52 twice and 59-53.

“He was very durable and I just had to keep fighting until the end,” said Spencer. “I love fighting here in Minnesota, it’s becoming my second home. I’m going to get back in the gym and be back soon and continue to take care of business.”

In PBC Prelims on FS2, rising super featherweight prospect Chris Colbert (11-0 4 KOs) scored a dominant knockout of Mario Briones (29-9-2, 21 KOs) in the second round of their bout. Colbert delivered a one-punch knockdown of Briones midway through round two with a lightning-fast left hand and follow up with a flurry that forced referee Celestino Ruiz to halt the fight 1:59 into the round. The action also saw prospect Jose Miguel Borrego (15-2, 13 KOs) earn a unanimous decision over Hector Ambriz Suarez (12-10-2, 6 KOs) by scores of 100-89 twice and 100-90 after 10 rounds of action. 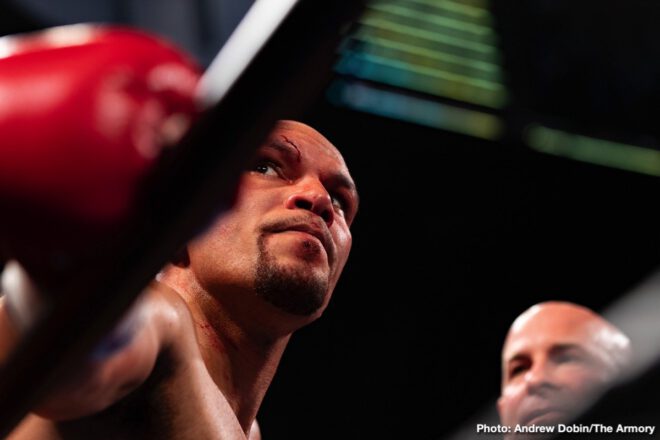 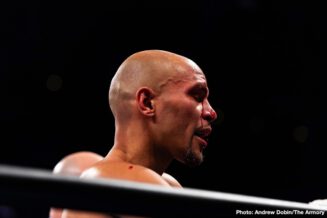 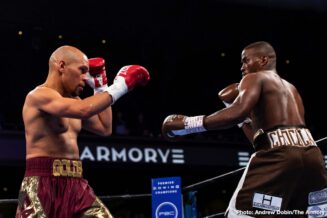 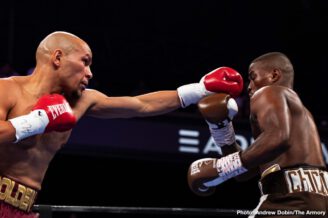 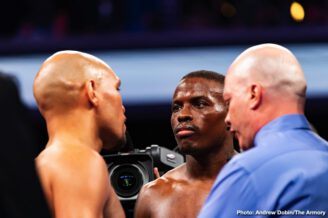 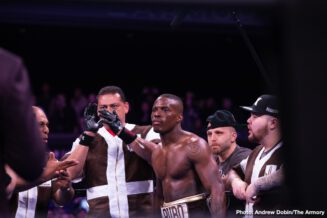 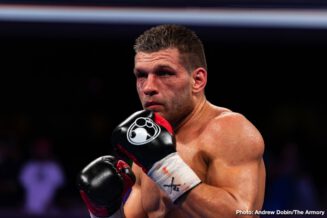 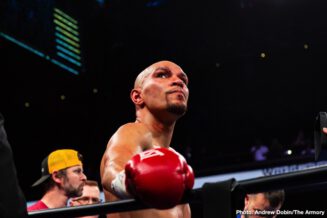 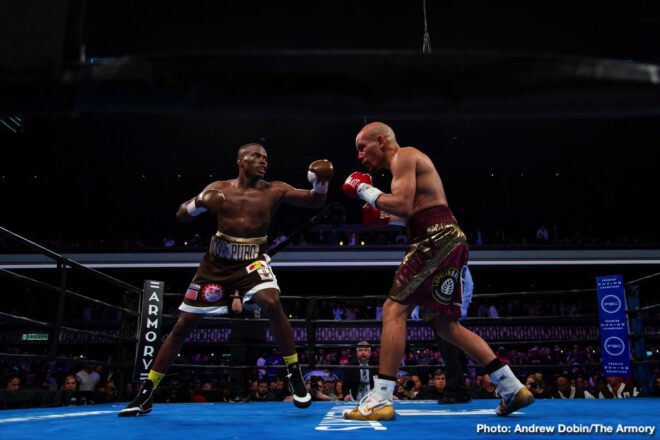 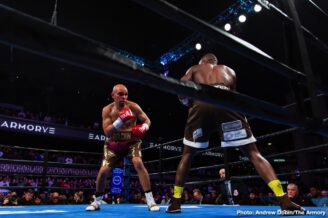 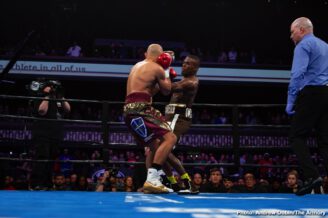 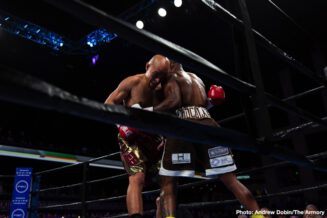 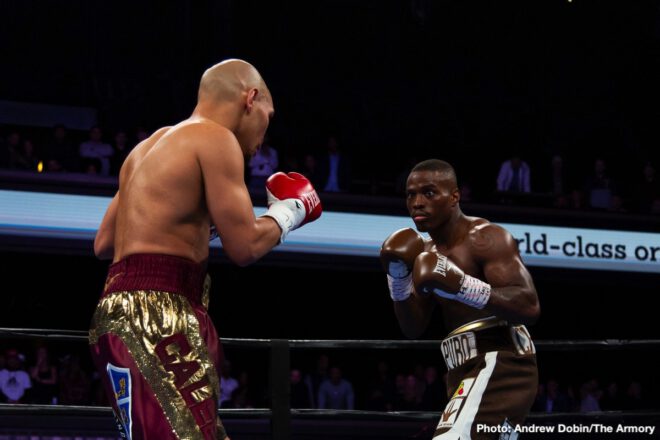 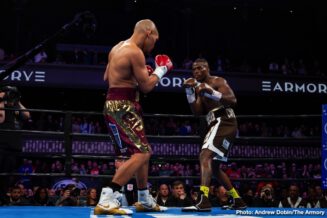 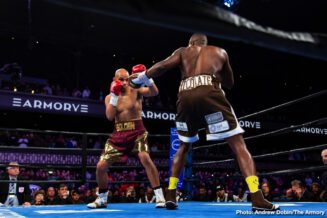 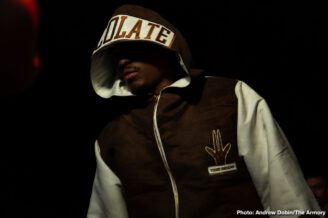 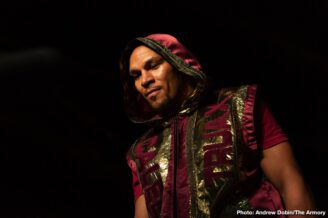 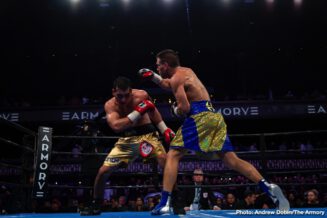 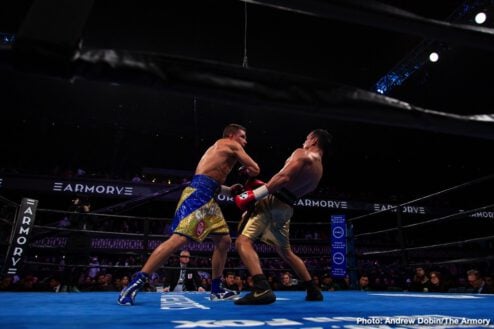 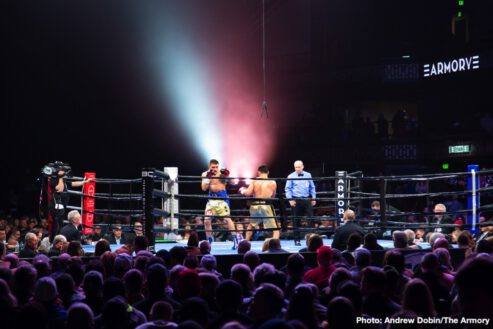