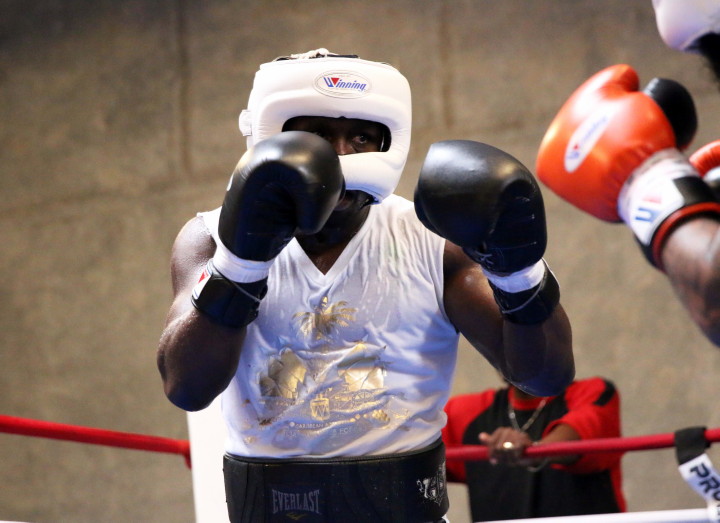 Dear AIBA Executive Committee: Because of the most recent stance on allowing professional boxers to compete in the Olympics against other young amateur boxers I’m writing this open letter to you all. As one of your USA Boxing officials I must say that I’m totally against this. It is already enough that both class of boxers put their lives on the line each time they step in the ring; however, to place them in the ring with a world class professional boxer is totally increasing the risk.

You charge us in ensuring the safety and well-being of both combatants, then turn around and increase their risk of danger. To the readers who are not familiar with amateur boxing, they match the boxers according to weight, age, and experience. So, if an amateur boxer with 20 bouts cannot face an opponent with 4 bouts, regardless of weight or age. So allowing fighters like Canelo Alvarez, Sergey Kovalev, Terence Crawford, or even Ann Wolfe to face a 17 or 18 year old accomplished amateur boxer is totally unfair and they will be totally outclassed. Is the AIBA that desperate for ratings or exposure? Most importantly, what is the logical reasoning for this?

The great George Foreman had his opinion on this “…..Myself being a past member of the USA Team, I dislike the idea and see nothing good coming out of it. It will only put the dream of the ” Ordinary boy or girl” further out of reach….”

Bob Arum even chimed in on this issue: “To have guys who are experienced professional fighters against these amateurs, you’re looking at serious, serious injuries. It’s total madness. This is not like basketball where all you do is lose, a guy dunks over you, or baseball or other sports like that. This is a hard sport and guys can get hurt. Imagine putting in a 147lb kid novice from Nigeria, who could be a great prospect, with Manny Pacquiao? It’s ludicrous. It’s silly.”

I would like the Executive Committee to truly rethink this. What will you tell the mother/father of a child or young adult that gets brutally stopped or seriously hurt by an accomplished professional boxer who has many more years experience than the amateur boxer? There is a reason why they don’t fight each other!

Here is a compromise that would be feasible and make sense. If the AIBA is going to allow professional boxers in the Olympics, then have them in a separate class. Have the professionals fight the professionals and let the amateurs fight the amateurs. Doing it this way you keep the “integrity” of the sport intact, at the same time you don’t crush a young man or woman dreams by keeping the playing field level.

I truly hope that as a committee you have an honest conversation about does the risk of these fighters outweigh the reward you’re hoping to gain from the fights.

Thank you in advance for any consideration contributed towards these concerns.