Larry Holmes, George Foreman, Leon Spinks, and George Chuvalo are still with us, yet there are not too many survivors of the golden era of heavyweight boxing: the 1970s, a time when boxing was BIG. One man who helped make that decade so special, so exciting, so much must-see, is Earnie Shavers.

Shavers, dubbed The Puncher of The Century, celebrates his 76th birthday today. Born in Alabama in 1944, Shavers turned pro in 1969 and went on to fight the titans of the division – Muhammad Ali, Larry Holmes, Ron Lyle, Ken Norton. And with his brutal punching power, Shavers sure made his mark, a massive dent, on the sport. Looking back today (as Earnie has been kind enough to do for the benefit of this writer a number of times; Earnie always an absolute joy to speak with), Shavers says he believes God looked out for him.

Had he reached the dizzy heights, Earnie says when looking back, he’d have “been like all the other guys who made too much money and partied too hard.”

“The guys that became world champions, they’re either dead or in poor health,” Shavers told me a while back. “I kept grounded. I’m blessed. Those other guys, they partied too hard and they paid the price.”

Shavers is indeed in fine shape today, this despite the fact that he fought a number of wars when his withering power was unable to get him the quick win (see his truly astonishing battle with Roy “Tiger” Williams!) Shavers compiled amazing numbers at 74-14-1(68) and he is still here, able to talk about it. 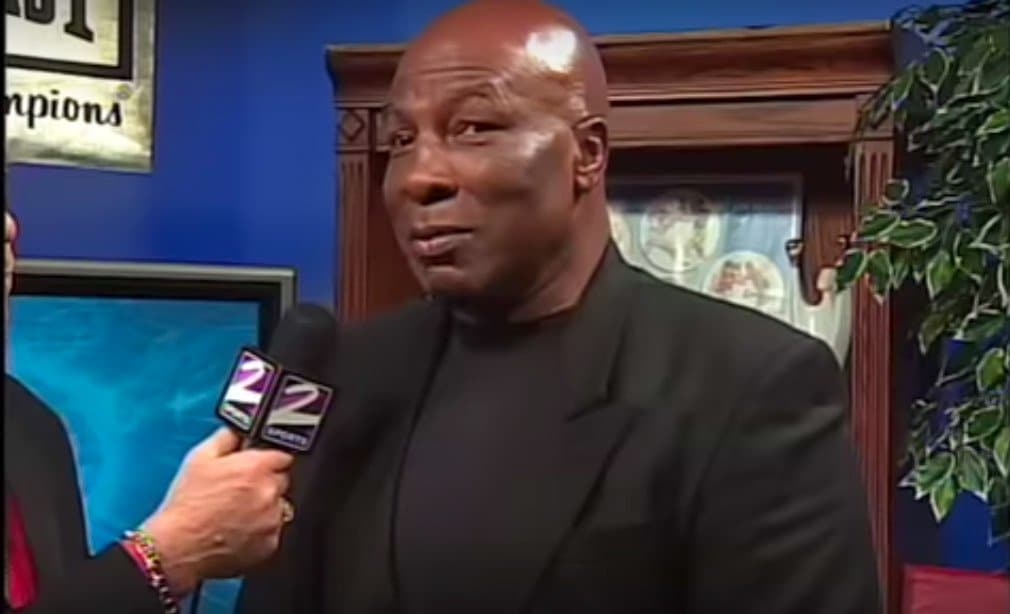 “He came to my house, it was some time in the early 1970s. He asked to become my manager. My current manager and I, we were close to parting ways at the time, so I went with Don. I have nothing bad to say about Don King. Of course, I know the reputation [he has] but he told me he’d get me the big fights and he did that. He always treated me well.”

On the greatest fighter he ever faced:

“I think Larry Holmes was the best fighter I ever fought. He was better than Ali. They both had great jabs, but Ali’s was a flicking jab, and Larry’s was a puncher’s jab!”

On wanting to fight George Foreman:

“Oh, I wanted that fight bad! Really bad. I know I’d have beaten him. George was a tight puncher, in that he quickly got tired and burnt out from being so tense and unable to relax in a fight. I learned how to relax, whereas George never did until much, much later, when he came back (in the 1980s). I’m the number-one hardest puncher [in heavyweight history] and George is number-two!”

On if he lost fair and square to Ali:

“That fight brought me worldwide attention and fame. It was a great fight and I hurt Ali on a number of occasions. But he won the fight, yes he did. He scored more points than I did over the 15 rounds. But still, that fight did nothing but good things for me. I became a real big name myself because of that fight.”

On the hardest hitter he faced:

“Ron Lyle! He is the third hardest puncher in [heavyweight] history. That was another great fight (Lyle getting up from a knockdown to stop Shavers in the 6th round if a slugfest held in Lyle’s hometown of Denver). I had him down, he had me down. Lyle hit me the hardest I’ve ever been hit in my life (laughs). Lyle had a great right hand, he really did. But his manger, he owned the whole town! That fight was in Ron’s home town and he really did have everything on his side. But Lyle was a great fighter, I have no real complaints other than that’s one fight where I’d have loved a rematch.”