Today in 1914, in LaFayette, Alabama, Joseph Louis Barrow was born. Fight fans the world over know Louis as Joe Louis – and as “The Brown Bomber.” If you listen to the old-timers, Louis was the greatest heavyweight champion of them all – and IS the greatest heavyweight champion of them all. When you really break it down, the only other serious rival as far as this debate goes is Muhammad Ali.

Bottom line: if Louis isn’t the greatest, Ali is. It’s one of these two. Louis was, of course, a truly special fighter, as were his numbers. 25 heavyweight title defenses, an incredibly long reign as world champion, 12 years, in fact, this record never likely to be broken – not ever. And like Ali, Joe lost a good amount of his prime years due to the war; WWII in Louis’ case, Vietnam in Ali’s. Joe, in his prime, was unable to fight between April of 1942 and October of 1944; a 28-year-old Louis losing 20 months of activity, this at a time when he was so clearly the best in the world, a fighter at the top of his game.

It’s quite incredible to think Louis might have chalked up something like 29, 30, even 31 world title defenses had he not been busily serving his country instead of fighting in the ring (Joe, of course, doing all those exhibitions, his time and the money generated selflessly handed over to the US government).

Some critics point to Louis’ opposition and suggest he faced too many ordinary fighters – the “Bum a Month” campaign Louis engaged in seeing him stay active. But Louis did defeat fine fighters in Jim Braddock, Tommy Farr, Max Schmeling, Billy Conn, and Jersey Joe Walcott. No, Louis’s resume does not match Ali’s, but who did Joe duck? 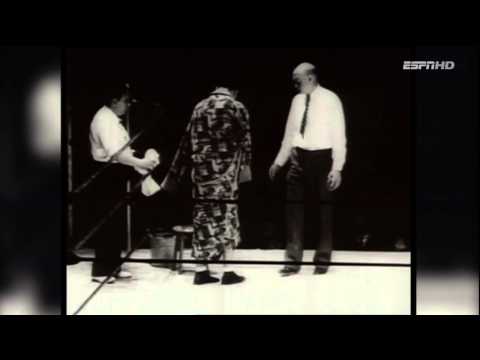 Louis never had the fastest hands, but he had the most accurate fists in the history of the division. Joe never wasted a shot; his short punches a thing to behold and marvel over. And in terms of finishing ability, Louis was unmatched. In terms of chin, Louis was blessed with a good chin but not an iron one (dropped by Tony Galento, Braddock, Walcott, Schmeling in fight-one). But Joe’s heart was legendary, his pride and desire to win getting him through when his exquisite punching was unable to do the job, which wasn’t often.

Louis fought during a time when a black athlete had to be humble, not boastful. As such, Louis didn’t talk much. Yet, all the same, Joe came out with some great and memorable lines:

“I gave you the title for 12 rounds, and you didn’t know what to do with it,” to Billy Conn after their first fight, with Louis roaring back from a points deficit to KO Conn in the 13th round of a great battle.

“If you gotta tell them who you are, you ain’t nobody.”

“Every fighter has a plan until he’s been beaten.” 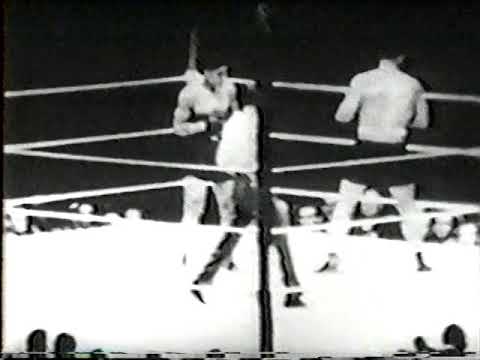 Louis was a genuine hero – he IS a genuine hero. Whether you rate him as the greatest heavyweight champion of all or as the second greatest, Joe is a fighter and a human being everyone had respect for and HAS respect for.

How we could do with as honest, as forthright, as classy a heavyweight champion of the world today.