Three great heavyweight battles, each one crammed full of action, drama, switching momentums and plenty of passion. The trilogy raged between Riddick Bowe and Evander Holyfield reached its conclusion on this day, November 4, back in 1995. The trilogy ended with a bang.

The two men – “Big Daddy” and “The Real Deal” – were one and one. Fight-one, which took place in November of 1992, was won on points by naturally bigger man Bowe. Holyfield, the former cruiserweight king, got his revenge a year later, winning a close decision (in a fight that was temporarily halted due to the wholly unexpected arrival of the “Fan Man.”) Both fights had thrilled the fans, the first fight especially, looked at as it is today as one of the best in the division’s history. 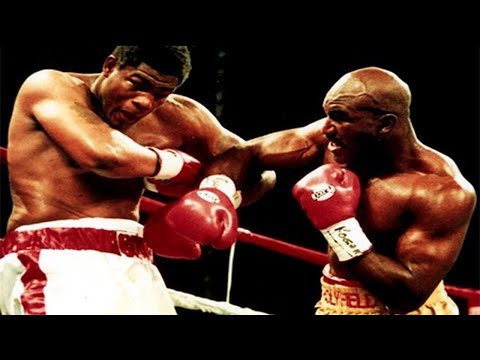 The rubber-match was eagerly awaited. This time, with no title on the line (it didn’t matter, the fight was still a must-see for the fans), a somewhat fleshy Bowe became the first man to halt the always supremely conditioned Holyfield. But not before both men knocked some chunks out of each other. It really was impossible for these two men to engage in a dull fight.

Younger man Bowe was installed as a 3/1 favourite, and once again the two warriors rumbled in Las Vegas. Notably, the fight came a year-and-a-half after Holyfield’s heart attack, the one he suffered in his losing fight with Michael Moorer in April of 1994. Holyfield, who had been “healed,” had returned to defeat the granite-chinned, extremely dangerous Ray Mercer, but was he 100 percent fit to fight?

After a good start, Holyfield was being belted by Bowe, the 33 year old hurt in found five. George Foreman, doing commentary for HBO, all but freaked out live and on the air, imploring the referee to stop the fight, or else “this guy’s going to end up in a pine box.” Viewers were understandably shocked by Foreman’s concern for Holyfield, and again, that heart attack was still very fresh in the memory. 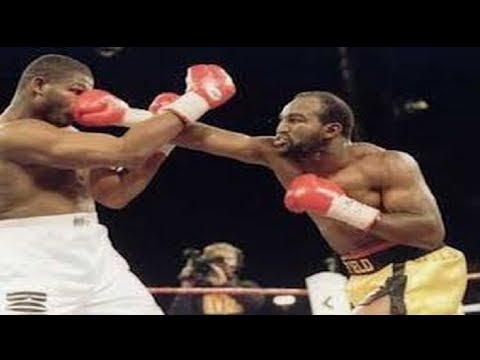 But Holyfield, a fighting man who never knew when he was beaten, sensationally turned the fight around in round six. Decking Bowe with a cracking left hook to the jaw, Holyfield seemed to have pulled out his most dramatic win. But Bowe, showing the kind of heart his critics claimed he never had, this when he was an up-and-comer, got up. His feet rooted to the spot, Bowe’s head eventually cleared and he fought back. Holyfield’s chance had gone.

Holyfield did tag Bowe again in the eighth, but he was then slammed to the mat in violent fashion as he came at Bowe. This was a crisis Holyfield could not survive and, for the first time in his career, he was stopped in a fight. Bowe declared post-fight how he was going on vacation. Both fighters were entitled to a long rest.

The rivalry concluded, Bowe and Holyfield had given us 32 sizzling rounds of heavyweight action that rank amongst the very best in boxing history. But while 28 year old Bowe was all but done after winning the series – taking sickening amounts of punishment in his two X-rated fights with Andrew Golota and then retiring – Holyfield would go on to twice beat Mike Tyson, with Holyfield also avenging his loss to Moorer.

Together, though, Bowe and Holyfield brought out the best in each other. 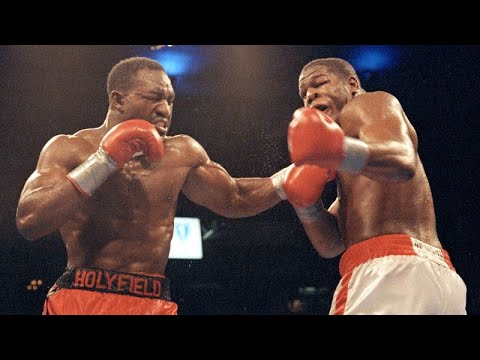